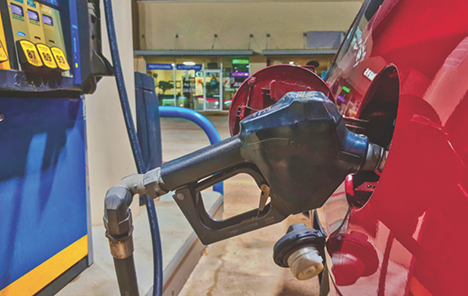 Georgia gas prices  are holding steady at the pump compared to a week ago. Georgia motorists are paying an average price of $2.70 per gallon for regular unleaded gasoline. Monday’s state average is 4 cents less than a month ago, and $1.03 more than this time last year.

“For a second week in a row Georgia motorists saw minimal or no change at the pumps,” said Montrae Waiters, spokeswoman, AAA – The Auto Club Group. “We anticipate demand will continue to grow throughout the month as vaccinations become more widely available, which indicates gas prices may rise in the coming weeks.”

The most expensive metro markets in Georgia are Hinesville-Fort Stewart at $2.77 per gallon, Brunswick at $2.74 and Macon at $2.72.

In Coweta County, the average is $2.701.  The GasBuddy App lists Sam’s Club, Costco and BJ’s as the lowest prices at $2.56 per gallon this morning. Others including Kroger, RaceTrac and QuikTrip are at $2.62. The highest per gallon price is $2.79 locally at Chevron on Newnan Crossing Boulevard.

According to AAA, last year at this time Georgia’s average for regular unleaded gas was $1.67.

Since last Monday, the national average for a gallon of regular gasoline has increased by 1 cent to $2.87. According to new data from the Energy Information Administration (EIA), total domestic gasoline stocks increased by 300,000 barrels (bbl) to 234.9 million bbl last week. The increase helped to minimize pump price increases as demand increased from 8.78 million barrels a day to 8.94 million barrels a day. Continued growth in total domestic supply will likely help to keep pump prices in check through the weekend.