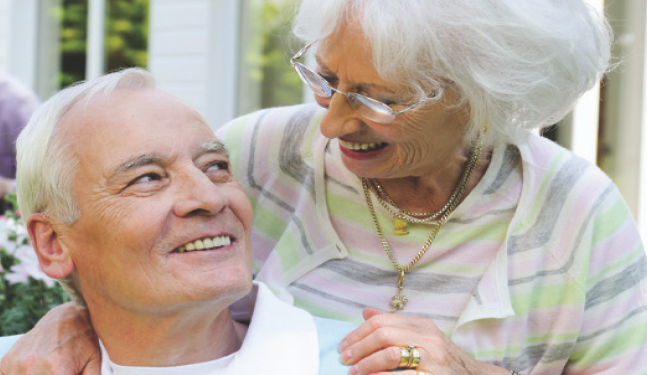 By Beth Dow, Solutions By Beth

Allow me to tell you the tale of two churches. These stories are true. The names are not.

Church A: Mary, a lifelong member of the congregation and who had never been the “easiest” person to get along with, had now become impossible. She was rude, often used foul language and was very flirtatious and “touchy-feeling” with men.

There were wide-spread rumors about her and her behavior. Friends, family and church leadership talked to her on more than one occasion. The church leadership followed their Matthew 18 principles to no avail. After no correction in Mary’s behavior, she was excommunicated from the church. Both Mary and her extended family were devastated. They all left the church. The church knew there was something wrong with Mary. They thought she could control it. She could not. Mary had Frontal-Temporal Dementia.

Church B: Joe, a lifelong member of his congregation, had a stroke. The stroke left him with few words. But unfortunately, the words it left him with were mostly four letters.

During the church service it was customary that statements from the pastor would be followed with a hardy “Amen!” from the congregation. Even after his stroke, Joe’s faith was strong, and he would yell out “Amen!” as loud as the rest of them. Only his “Amen!” now came out as “Oh S**t!”

You can imagine the congregation’s reaction. But in this case, the Pastor understood Joe. He understood what had happened to Joe’s brain and why words like that came out.

So the Pastor stood up and told his congregation, “I know what you heard. But what Joe said is Amen. That isn’t what we heard. But I am telling you, Joe is praising God. God knows what he is saying.”

“If you have a problem with that, and can’t ‘hear’ Joe’s heart, well this may not be where you need to be on Sunday mornings.”
Now that is not word for word what he said, but you get the gist.

And this isn’t just happening in churches. It is happening in civic groups, social clubs and in friendships. Very often, no one is aware that the person with the behavior has dementia. (The person themselves may not even be aware.)

Friends chalk it up to the person being difficult or irritable or just crazy. And then they slowly separate from them. Just as the church previously mentioned did officially – or in most cases – by no longer including them or inviting them.

I know first hand that it is not always fun to be around someone exhibiting these behaviors. But, I really feel that we owe it to our friends to understand why these behaviors  occur and how to best manage them when they do.

If you have noticed someone in your “circle” that is becoming harder and harder to “be around”, don’t just write them off. Learn what you can. Invite someone to speak to your group or church about Dementia behaviors and become a Dementia- friendly organization.

Being heart healthy is a marathon, not ...