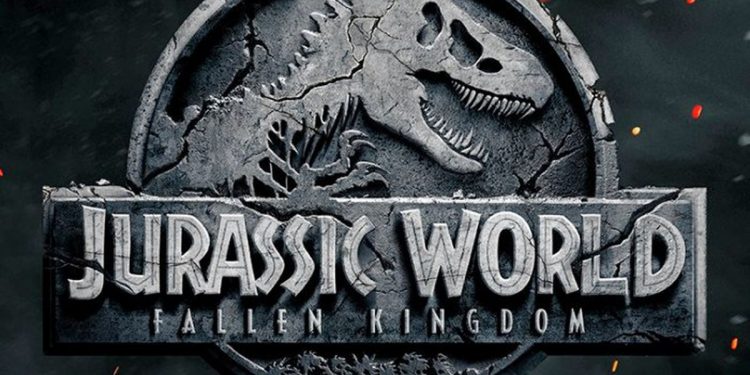 Our columnist Jonathan W. Hickman is an entertainment attorney, filmmaker, college professor, and novelist. Below are his takes on films set for or already released during the month of July. More about Jonathan can be found by visiting http://filmproductionlaw.com/.
(Rating System – A “Fix” is recommended and a “No Fix” isn’t.)


“Fallen Kingdom” is a new low in the series.

Some years after the tragic events chronicled in 2015’s “Jurassic World,” the man-made dinosaurs once again control the island.  But a volcano now threatens their existence, promising yet another extinction level event (at least for them). Congress debates whether to intervene.  We get an extended cameo featuring series veteran Dr. Ian Malcolm (Jeff Goldblum) in which he once again spouts the most logical course of action—let them die on the island.

Meanwhile, an ecological group led by Claire Dearing (Bryce Dallas Howard) is lobbying to save the dangerous creatures. And when Dearing’s political efforts fail, her team is recruited by billionaire Benjamin Lockwood (James Cromwell) and his second in command Eli Mills (Rafe Spall) to relocate a number of the animals to a new island.  Of course, there are sinister forces at play that promise to ruin everything. Or do they?

Frustrating and, at times, non-sensical to the extreme, “Jurassic World: Fallen Kingdom” fails to capitalize on the promise hinted at with the last flawed, but fun, installment.

When Waikiki (Sterling K. Brown) and his brother Honolulu (“Atlanta’s” Brian Tyree Henry) botch a robbery during a massive Los Angeles riot, they turn to the Hotel Artemis to patch them up.  A private emergency room housed within the decaying walls of an old hotel, the Artemis was set up to service the medical needs of criminals. Run by The Nurse (Jodie Foster) and her dutiful, bulked up orderly named Everest (Dave Bautista), the nasty looking place features some high-tech medicine.  And while Waikiki and Honolulu (named after rooms in the hotel) are mortally injured, The Nurse is more than capable of plugging up the worst of the worst.

While the futuristic setup is great and the characterizations by Bautista and Foster engaging, “Hotel Artemis” doesn’t really know what to do with them.  The final sequences feel rushed and utterly contrived. While not as bad as 2010’s “Repo Men,” things do get a bit wacky and gruesome. It’s all a bit of a letdown, although getting there is fun.

What could have been another “John Wick” or “Purge” just kind of petters out.  And this is a real shame, because Foster and Bautista make a great pair.

When college students Spencer Reinhard (Barry Keoghan) and Warren Lipka (Evan Peters) decide to spice up their lives by committing a little heist, they have no idea what they are really doing.  They have a simple plan to steal priceless library books, but it’s not a crime to be carried out by criminals-in-training. And bringing in a couple other clueless students (including a jock played well by Blake Jenner) doesn’t help.  As things go from bad to worse to worser, these youngsters find their future slipping farther and farther out of reach.

“American Animals” relies on a hybrid approach by using documentary style interviews with the real perpetrators (Lipka, Reinhard, Allen, and Borsuk) to tell the story of a botched robbery from four different points of view. It’s a fascinating followup for filmmaker Layton, whose last film was the fantastic “The Imposter.”

The Gospel According to André – Fix Rating
The biscuit is part of the South.  And André Leon Talley’s southern background, partially linked to his love of his grandmother’s cooking, helped usher him into the center of the fashion universe.  It’s something he hasn’t forgotten.

A style guru and journalist, Talley is profiled well by Kate Novack in the documentary “The Gospel According to André.”  Raised by his strong-willed grandmother, we learn a lot about his unique perspective as Novack gives Talley the mic. It is a fashionable life narrated by the man himself and many of the towering designers of the fashion age.

Like “RBG” released earlier this year, “Gospel” is in love with its subject.  But like that profile of Ruth Bader Ginsburg, a love fest works best when the character in focus is rich, textured, and undeniably interesting.  This is a film that, while a must for fashionistas, will also work for fashion novices.

JULY RELEASES TO WATCH FOR
July 6
Ant-Man and the Wasp
This locally shot Marvel entry showcases the lighter side of the Marvel Cinematic Universe following up to 2015’s fun “Ant-Man.”  And as hinted at in the first film, Scott Lang (Paul Rudd) indeed gets help in the form of The Wasp/Hope Van Dyne (Evangeline Lilly).  These heroes can get really, really small, but The Wasp’s suit allows her to take flight. And they’ll do battle with a mysterious character known as the Ghost.  Count me in for this big and little comedic superhero adventure.

The First Purge
The “Purge” franchise continues with a prequel.  Series creator James DeMonaco, who is still on board as writer, hands over directing duties to Gerard McMurray (producer of the excellent “Fruitvale Station”).  “The First Purge” deals with the events leading up to the initial violent governmental policy of nationwide purging. The always watchable Marisa Tomei stars.

July 20
Mamma Mia! Here We Go Again
The original cast of the hit “Mamma Mia!” return this time to celebrate Sophie’s pregnancy.  But even with a cast this big, with loads of star-power (Meryl Streep, anyone?), in a sing-a-long fantasy, nothing could be bigger than the return of Cher to the big screen to play one hot grandma.

July 27
Mission: Impossible – Fallout
This is the sixth “Mission: Impossible” feature film.  And it still stars ageless male Tom Cruise, as edgy hero Ethan Hunt, a mysterious spy among spies. 2011’s “Ghost Protocol” effectively rebooted the series that has been very lucrative for Paramount and Cruise, a producer from day one. In “Fallout,” Hunt and his IMF team take on a nuclear threat. It’s a mission that is pretty impossible.  Cruise does most of his own stunts!