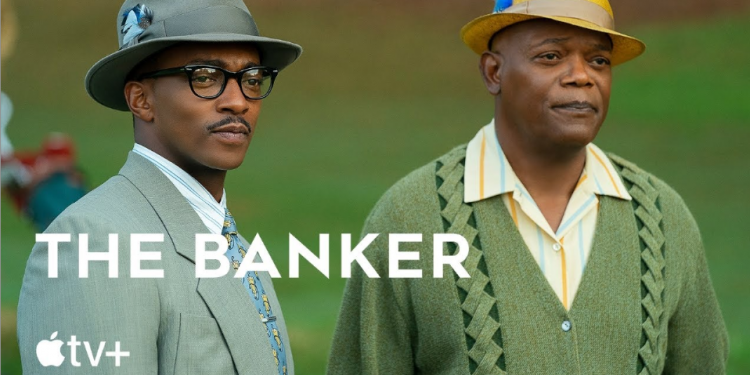 Tuscaloosa (review) Fix 7/10
In “Tuscaloosa,” a forbidden love story unfolds against the backdrop of racial tensions in early 1970s Alabama. The film marks the debut of prolific music video director Philip Harder, who skillfully adapts W. Glasgow Phillips’s 1994 novel of the same name. “Tuscaloosa” establishes the look and feel of the time and the place very well. And the dramatic romance benefits hugely from a talented cast led by two popular, emerging young stars (“Diary of a Wimpy Kid’s” Devon Bostick, and “Stranger Things’” Natalia Dyer).

What to Binge: Tiger King (streaming now) Fix 6/10 – Whether you watch this documentary mini-series for the true-crime aspects or to take in the freak show, “Tiger King” is pretty addictive. The story follows several unique personalities who run private zoos that showcase big cats—lions, tigers, and wild exotic animals. The rivalry between the various camps, including the eccentric Joe Exotic, eventually turns criminal.
Because of the stay-at-home orders, folks can’t seem to get enough of this twisted reality-show/docudrama. And while I was, also, enchanted, I found the whole shallow experience long and exhausting.

What to Watch:  Devs (FX – Final Episodes of Season 1 premiere in April) Fix 7/10 – A mind-bender, “Devs” is written and directed by Alex Garland, who warmed the hearts of sci-fi fans with his 2014 stunner “Ex Machina.” “Devs” is a part of a similar universe that has been warped by technology. Unlike the confines of a feature motion picture, this series gives Garland more time to world build. And build, and build it does almost to a fault.
The story is about a computer genius named Forest (Nick Offerman playing wonderfully against type), who uses his company to create a mighty computer that might be able to predict the future (and spy on the past too). Offerman is excellent as the conflicted corporate guru, who harbors deep-seated trauma. But the dense material may be off- putting to some viewers.

What movie to watch: Les Misérables (2019) (April 10) Fix 8/10 – This Oscar-nominated film is not an adaptation of the Victor Hugo novel. Instead, this “LesMisérables” is a gritty cop movie that’s as broadly entertaining as it is thought-provoking. The story follows three officers that are part of the Anti-Crime Brigade. We see them navigate the rough poverty-ridden streets during a particularly tense period. With elements of “Training Day,” “Assault on Precinct 13,” and Dennis Hopper’s 1988 film “Colors,” it paints a familiar enough picture for viewers who are merely interested in entertainment instead of a challenge.

Movie So Bad It’s Good: Project: Metalbeast (streaming now) – This is not a good movie, but it is campy enough to fill your stay at home time. Made back in 1995 (perhaps, earlier), this horror/sci-fi/actioner is about a CIA agent who kills a werewolf, extracts its blood, tries to develop super-soldiers with it, and then decides to inject himself with the remaining sample. It’s bonkers! Barry Bostwick and Kim Delaney star alongside as “Friday the 13th’s” Kane Hodder, who is the Metalbeast.

What movie to watch: The Banker (review) Fix 6/10 – This one was shot in Newnan and is an undeniably entertaining historical footnote. The two leads, Anthony Mackie and Samuel L. Jackson are in fine form, as they play two men who become some of the first African Americans to own a bank in the 1960s. Regardless of the film’s charm, “The Banker” suffers from an exposition-heavy narrative about the ins and out of local financial institutions in Civil Rights era America.

What to Binge: Westworld (New episodes every Sunday) Fix 7/10 – Season three is better than season two, as this expensive HBO series blossoms. Picking up where season 2 ended, the humanlike androids or hosts have made their way off the island and into the real world. The fearsome Dolores (Evan Rachel Wood) has a plan to take over the human race, while Bernard (Jeffrey Wright) returns to Westworld in hopes of stopping her. Most of the cast is back, joined by “Breaking Bad’s” intense Aaron Paul in a new role.

THEATRICAL TEASERS (that you can watch at home)

Jumanji: The Next Level (review) Fix – 7/10 – This sequel to the 2017 surprise hit, that was itself a reboot of 1995’s much-loved (by fans) “Jumanji,” is a rollicking good time. The youngsters from the last movie return to the game, along with some newcomers— played by Danny DeVito and Danny Glover, who are so funny. The best part about this outing is the amusing impressions of DeVito and Glover that Dwayne Johnson and Kevin Hart deliver. Since this one, partially shot in Newnan, returned solid box office, a third film is inevitable.

Check out Birds of Prey: And the Fantabulous Emancipation of One Harley Quinn, as well. It’s a whole lot better than it has any right to be, and that’s primarily because Margot Robbie is infectious as the bombastic, charming title character.

Never Rarely Sometimes Always (April 3, VOD) Fix 7/10 – After wowing audiences at this year’s Sundance Festival Festival, a limited theatrical release was planned for this socially relevant teen drama. But the virus, as we all know, changed everyone’s best- laid plans. Directed by Eliza Hittman, her followup to 2017’s “Beach Rats,” “Never Rarely Sometimes Always” follows Autumn (newcomer Sidney Flanigan) as she and her friend Skylar (Talia Ryder) travel from rural Pennsylvania to New York City seeking abortion services.
Tedious and slow, but sincere, some viewers may check out of this one early. Once the action moves to the Big Apple, things pick up, and the careful nature of the narrative will educate its target audience. The title is taken from the method suggested by medical professionals for answering screening questions at a clinic.