The History: Women who made a difference here in Coweta 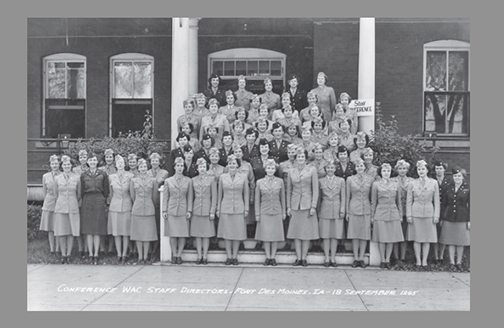 Women’s History Month, celebrated each March, honors the impact and influence of women’s roles in American history. Throughout Coweta County’s history and into today, women have worked to make a difference.

Each person’s story is important, and these small tributes to a few women throughout Coweta County history are meant to inspire and demonstrate the importance of women’s work. Whether a teacher, stay-at-home mother, essential worker, business owner, or career professional, women make an impact every single day. We are so grateful for the influence that women have made on our county and our community, and this month we celebrate the women of our community!

Pictured is the Moreland Knitting Mill built in 1904. This is the warehouse which Sallie Kate Brown became one of the most productive piece workers in mill history.

According to the Department of Labor, women made up only 20% of the United States workforce in 1920. Though women’s role in the labor force increased throughout the 1930s and the following decades, it was still unusual for women to support themselves with a career in the early 1900s. One woman from Moreland – Sallie Kate Brown – defied societal norms when she left her family farms at the age of 24 to instead work at the Moreland Mill. One morning in April of 1929, Sallie Kate told her father that she had grown tired of farming and plowing and had decided to work in the mills. Her father, Luther Brown, replied, “But who will help me with the crops?” She quickly responded, “I don’t know, but it won’t be me.”

Sallie Kate began work at the Moreland Knitting Mill earning $3.50 for a 60-hour work week. She spent $2 a week to rent a three-room house and lived thriftily on her remaining $1.50 a week. On weekends, she caught rides back to her parents’ home to help with the gardening and canning. She earned extra income by giving piano lessons in her home for 25 cents a lesson.

When the Mill closed in the late fall of 1929, Sallie Kate returned home to go back to the farm. However, she returned as soon as the mill re-opened in 1931, mainly working as a seamer. In the 1930s, Sallie Kate’s wages rose to 15 cents per hours and after the Wage and Hour law passed in 1940, she earned over $30 a week for being one of the most productive and fastest piece workers in the Mill. 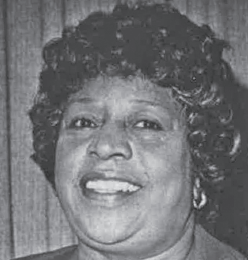 Miss Willie Boyd was a well-respected educator and the first black person to serve on the Coweta Board of Education.

In addition to her dedication to education, Ms. Willie Boyd was involved with several civic and religious organizations. She served as the Past-President and Chairperson of the Program and Legislative Committees of the Coweta County Association of Retired Teachers, Secretary and Treasurer of the Ladies Cooperative Club, and a member of the board of Directors for the Pine Valley Girl Scouts. She was also known for being a dedicated member of Mount Vernon Baptist Church on Pinson Street where she headed the Missionary Board, the Deaconess Board, Youth Commission and Mother’s Board. Ms. Boyd was a graduate of Ft. Valley State and New York State University.

Attendees at the Conference of WAC Staff Directors, held at Fort Des Moines, Iowa. Lieutenant Colonel Mary C. Freeman stands on the second to the left on the fifth row.

During World War II, Coweta made a concentrated effort to support war efforts. Some citizens – both men and women – joined the military to serve and the remaining citizens at home contributed to supporting the war through canning efforts, fundraisers, and other endeavors. One of the first women from Newnan to enter military service was Mary Caroline Freeman. She was one of six Georgia women to be accepted for the Women’s Army Auxiliary Corps.

Mary worked her way up the Women’s Army Corps, eventually leading the WAAC Recruiting Office in New Orleans and later serving as an officer on the staff of Col. Oveta Culp Hobby. By the end of her career, she had obtained the rank of lieutenant colonel. Mary was a graduate of Randolph-Macon College and also served as the secretary-treasurer of Newnan Carnegie Library Board.

Tackling mold growth in your home

Morris & Spradlin Insurance: Choice Is A ...