The Shopper Real Estate: Why is Newnan called the ‘City of Homes?’ 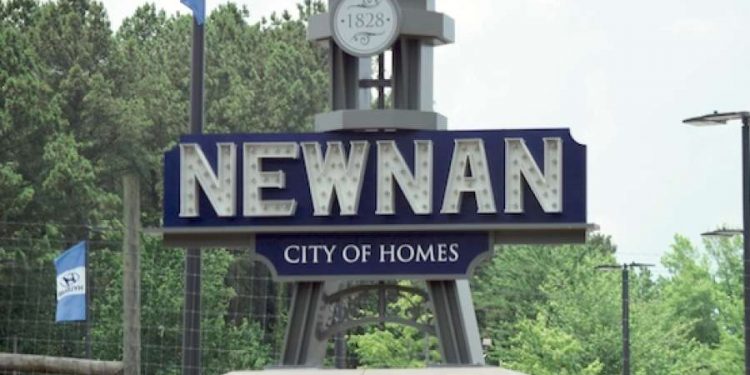 By Jess Barron, Lindseys Inc. Realtors
Have you ever wondered why Newnan is called the “City of Homes?” Is it because of the number of beautiful antebellum homes inside the city limits?
Yes, but there is more to the story.
In the early 1800s, the western part of Georgia was still Indian territory. The Creek Indians, named by the Scotch-Irish settlers because of the area’s numerous small creeks, inhabited the area from the Ocmulgee River to the Chattahoochee River and were led by a chief named General William McIntosh (ci.newnan.ga.us).
During the 1820s, the Creeks ceded their land to the State of Georgia and fi ve counties, including Coweta, were formed. Coweta County, named for the Cowetas or Lower Creek Indians, was offi cially created by Legislative Acts of June 9, 1825 and December 11, 1836. Bullsboro was the first county seat for the area, but the City of Newnan, the current county seat of government, was incorporated in 1828. Newnan is named for North Carolina Native, General Daniel Newnan, who was a soldier and later became Georgia Secretary of State and a United States Congressman (ci.newnan.ga.us).
Due in part to the success of the cotton industry, Newnan prospered at the turn of the century. Newnan’s leading citizens then invested in the railroad during the mid 1800s, which continued to bring economic prosperity to the town and to establish Newnan as one of the wealthiest towns per capita in the United States (ci.newnan.ga.us).
Many believe that due to all the wealth and success of Newnan, during this time, that is why we are called “The City of Homes”.
Newnan was a “City of tremendous and beautiful homes” despite being a small town. As the story goes, during this time, Newnan was the third-wealthiest city, per capita, in the United States. Others believe that the “City of Homes” name has more to do with all the homes in Newnan being spared during the Civil War.
The Civil War came closest to Newnan in July 1864, when the Battle of Brown’s Mill occurred three miles south of downtown, resulting in the defeat of Federal forces under the command of General E.M. McCook by Confederate General Joseph Wheeler. College Temple, the first college to offer a Master of Arts degree to women, was used in the War Between the States as a hospital for wounded Confederate and Union troops as were the courthouse and local churches (ci.newnan.ga.us).
“The City of Homes” was spared thanks to the brave soldiers at the Battle of Brown of Mill and, as some believe, the nickname was born.
Whichever theory is true, “The City of Homes” is still a beautiful place to live as the large, antebellum homes serve as a reminder of what Newnan was and still is today. We are all fortunate to live in such a nice and thriving community with the gorgeous homes serving as our backdrop each day.
••••••••••••••••••••••
Jess Barron is an Associate Broker with Lindseys, Inc. Realtors and President of the Newnan-Coweta Board of Realtors.