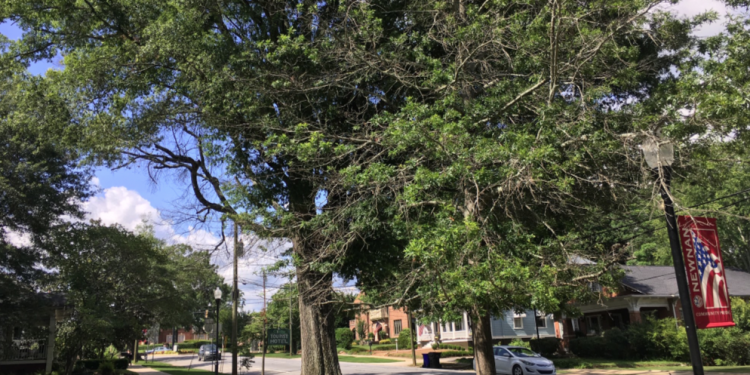 UPDATE (July 7, 10 a.m.) – The tree removal scheduled for today (July 7) has been postponed and rescheduled to Tuesday, July 14 due to weather conditions in Newnan.

The City of Newnan Beautification Department has announced that a large, dead Oak tree will be removed along the right side of Jackson Street heading into downtown Newnan.

The tree is located in front of 62 Jackson Street and will be removed on Tuesday, July 7 beginning at 8 a.m. Its removal will likely take most of the day  and traffic delays are possible.

All residents and visitors will be asked to refrain from parking their respective vehicles along Jackson Street between Temple Avenue and Clark Street. If vehicles are parked in this area as the project begins, the automobiles will be towed.

Questions should be directed to City Arborist Mike Furbush by phone at 404-819-2420 or email [email protected].

Conversation: Our Series on Questions & Perspectives ...