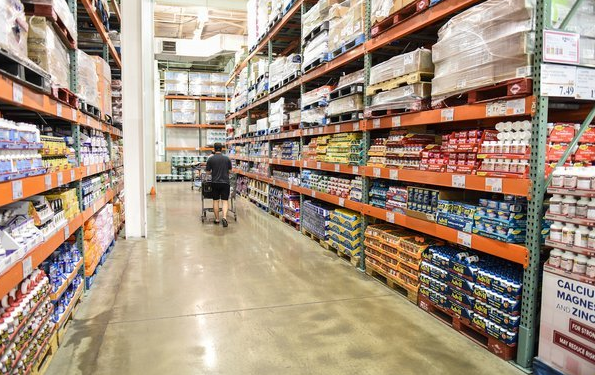 Mick Jagger, as in the lead singer of The Rolling Stones, just celebrated his 75th birthday.
*****
There’s talk of a Costco – a superstore similar to BJs and Sam’s Club – coming to Coweta County. The megastore would be located near Sam’s, which is at 310 Fischer Road.
*****
The 2018 Georgia Country Awards will be held at The Crazy Bull in Macon, Ga on Nov 9th. Musicology’s David Puett and the Kris Youmans Band (Kris is The Paper’s music columnist) are up for traditional artist of the year..
*****
Having someone fall asleep while you are driving is probably the greatest sign of trust there is.
*****
The new stop signs are up where Frank Cook Road runs into Happy Valley. The electronic signs reminding you that yes, there is a stop sign ahead, say “3 Way Stop In Eff.” Have no idea on that word.
*****
According to people who study these kinds of things, the most popular flavor of ice cream so far in 2018 is “unicorn.” Something to do with bright rainbow colors and a sharp point we guess.
*****
The Newnan Coweta Public Safety Foundation donated eight ballistic body shields and 18 ballistic helmets to the Coweta County Sheriff’s Department and the Newnan Police Department.
*****
Every day is bring your child to work day when you are pregnant.
*****
The Coweta Community Foundation has announced that Columbus Mayor Teresa Tomlinson will be the speaker for its Fourth Annual Power of the Purse Luncheon on Thursday, Oct. 25, 2018 at The Newnan Centre, 1515 Lower Fayetteville Rd., Newnan. The event will also include the announcement of the 2018 Woman of the Year and a live auction of dozens of designer purses.
*****
The Mayans used cocoa beans for currency, so at one point, money really did “grow on trees.”
*****
Lower Fayetteville Road is now open. Lower Fayetteville Road has been closed since June 4 as contractor Lewallen Construction built the LINC trail system section No. 4, which required the installation of a box culvert near the Newnan Centre roundabout. The initial completion date was July 4, but was pushed back until July 20 due to significant weather events and utility relocation issues.
*****
The board of directors of the Coweta Community Foundation has announced the selection of Newnan native Orren L. Jones to serve as the organization’s executive director. Most recently, Jones served as program coordinator with the Newnan office of the Southern Crescent Sexual Assault and Child Advocacy Center, where she advocated for victims of child abuse and sexual assault in Coweta. She holds a master’s degree from the University of West Georgia in Clinical Mental Health Counseling and served with UWG in Quito, Ecuador, as well as at Willowbrooke at Tanner, where she counseled children and adolescents.
*****
If bread goes bad we throw it away. If bananas go bad, we make bread out of them.
*****
Atlanta Magazine recently named 140 physicians who practice at Piedmont Healthcare to its annual list of Top Doctors. Dr. Vasileios J. Assikis, Dr. Phillip H. Beegle, Jr. and Dr. Richard H. Jadick are among those named who practice locally. “At Piedmont Healthcare, it is our vision to transform healthcare and to create a destination known for being home to the best clinicians who always puts patients first,” said Leigh Hamby, M.D., chief medical officer of Piedmont Healthcare. “These doctors are fulfilling that vision and we’re proud to call them members of the Piedmont family.”
*****
The summer commencement at the University of West Georgia saw more than 650 students graduate. Of those, 344 were for undergraduate degrees and 319 for graduate degrees.
*****
We say “bow and arrow,” but no one says “gun and bullet.”
*****
You use more water cleaning a cup than you do drinking from it.
*****
“The Gifted” has been filming in Newnan at the old hospital location. The television series, related to the popular X-Men film series, airs on the television network Fox.
*****
Congratulations to this year’s nominees for the 2018 Small Business of the Year Awards presented by SouthTowne Motors and UBS Financial Services, Inc.! They are: Cleaning With a Cause, Newnan; Dirt1X, Sharpsburg; Fine Lines Art & Framing, Newnan; Goldens on the Square, Newnan; J&M Pool Services, LLC, Senoia; Knox Pest Control Inc., Newnan; Mid-Georgia Garage Doors, Inc., Newnan; Monster Tree Service, Newnan; Moto-Tec-it.com, Newnan; The Lighting Studio, Senoia.
*****
Checkers, which has a location on Bullsboro Drive, has closed its location inside the Walmart Supercenter in Newnan.
*****
A Candlewood Suites hotel is being built on Newnan Crossing Bypass just south of Cancer Treatment Centers of America.
*****
And Blimpie, a submarine sandwich chain, will be opening a location at Hemrick’s Deli and Cafe later this summer.
*****
Anyone having any luck getting anyone at the Division of Family and Children’s Services to pick up the phone? Getting complaints. One individual called his case worker, got a recording that said she would return the call by the end of business. Message also said that if he had not heard back in two business days, he was free to call her supervisor and gave name/number. On the third day of calling and getting the same message, he wasn’t able to leave yet another one because this time the case worker’s voice mailbox was full. So, naturally tried the supervisor. And yes, her voice mailbox was full as well.