How to host a New Year’s brunch 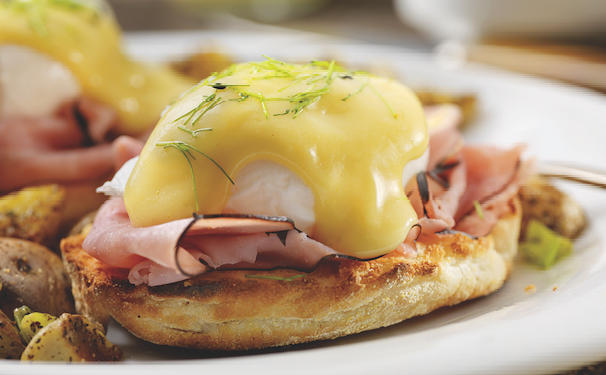 New Year’s Day unofficially marks the end of the holiday season. After the turkey and trimmings of Thanksgiving and the gifts galore of Christmas and Chanukah, New Year’s presents one final chance to toast to fun and fortune.

Chances are good that after an evening of ringing in the New Year and dancing until dawn, most people sleep in and catch up on a few extra hours sleep on January 1. Breakfast may come and go before tired revelers are ready to greet the day. That is what makes brunch so popular on January 1.

Brunch is a meal eaten in the late morning or early afternoon — generally between the hours of 10 a.m. and 1 p.m. It consists of a blend of breakfast and lunch foods. Historical evidence suggests that brunch originated in the British upper classes in the late 19th century. Many upper-class people gave servants partial or full days off on Sundays. Staff would set out buffet spreads in the morning before leaving, enabling homeowners to graze among breakfast and lunch items.

It may be challenging to compete with the excitement of New Year’s Eve, but a New Year’s Day brunch can be just as memorable, especially when planning is a priority.

• Keep it intimate. Individuals will be feeling the effects of a late night of partying and it’s likely you will be as well. Make things easier on yourself by keeping the guest list on the small side. In turn, there will be less food required and perhaps less mess to clean up afterward.

• Serve familiar foods. Brunch combines the best of breakfast and lunch. Guests will be expecting some of the standards, including omelets, French toast, bagels, deli meats, and salads. If you want to get creative, change up these recipes in subtle ways, such as serving French toast stick dippers with a warm maple-caramel dipping sauce or bite-sized omelets baked in small ramekins.

• Keep the coffee flowing. Coffee, teas and hot chocolate are great at brunch. It’s easier to recover from New Year’s Eve overindulgence with a warm jolt of caffeine. Set up a nice beverage bar, and be sure to include other drinks that enable guests to rehydrate after a night of revelry.

• Keep it simple. Soft music and nice conversation may be all that’s needed to entertain during a New Year’s brunch. Another low-key option is to queue up a light-hearted movie or play a relatively easy trivia game.

New Year’s brunches can close the door on another successful holiday season with a relaxing afternoon spent in the company of family and friends.

Pitfalls to avoid when making resolutions this ...