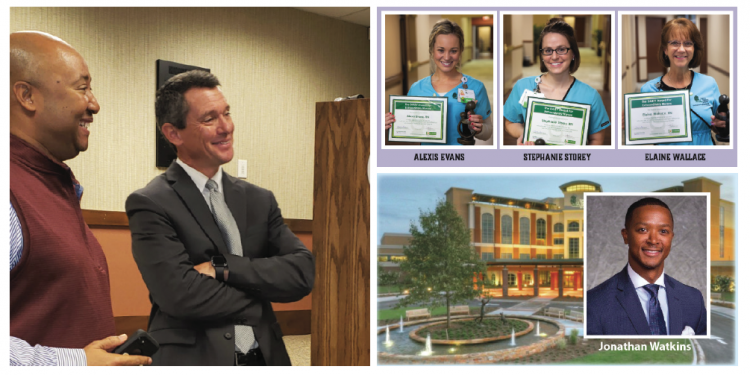 Here are our top five Facebook stories of 2019 based on page views:

A circle is a shape, number, and a letter.

The Georgia Department of Economic Development’s Georgia Council for the Arts (GCA) and House Minority Leader Robert Trammell (D-Luthersville) recently announced that the city of Grantville and the Boys and Girls Club of Metro Atlanta in Coweta County were awarded Vibrant Communities Grant funding for special art projects Grantville and the Coweta Boys & Girls Club were awarded $5,000 each.

More than 216,000 in food items and/or cash equivalents were raised in this year’s Coweta Can-A-Thon, setting a new record. This is the 36th year for the fundraising event, which goes to help the Coweta Community Food Bank.

A computer keyboard is a word piano.

Andrew Copeland was named to the Coweta County Board of Education to finish the unexpired term of Winston Dowdell. Copeland will represent the Fifth District. He is a member of the 2019 Leadership Coweta class and works for Ritchie Bros. Auctioneers.

After 30 years in the school system, Dr. Steve Barker is retiring. He was instrumental in making the Coweta County School System one of the best in the state, with test scores always outpacing state averages. Dr. Barker was named as the 2018 Georgia Superintendent of the Year by the Georgia School Superintendent’s Association (GSSA), and in 2019 Barker was appointed to the Georgia Professional Standards Commission by Georgia Governor Brian Kemp. He was also just appointed President-elect for the GSSA Board for 2020.

Santa is probably like the ultimate postman to dogs.

Congratulations to Sgt. David Schrepfer of the Newnan Police Department, who was promoted to Lieutenant during a recently Newnan City Council meeting.

Cancer Treatment Centers of America® (CTCA), Atlanta, located here in Newnan, has named Jonathan Watkins MPA, FACHE regional president, CTCA® Hospitals & Clinics. In this role, Watkins will provide strategic guidance for CTCA Atlanta while working closely with leadership across the CTCA Comprehensive Care Network. He succeeds David Kent, who will return to his roots in an enterprise role as senior vice president of business development for CTCA.

Every piece of leather is actually “previously  worn.”

Three Newnan residents and Cancer Treatment Centers of America (CTCA), Atlanta nurses recently received The DAISY Award for Extraordinary Nurses, a prestigious accolade for nurses who have provided extraordinary, compassionate care. Alexis Evans, Elaine Wallace and Stephanie Storey were nominated for DAISY (Disease Attacking the Immune System) Awards for going above and beyond to meet patients’ needs. Sharing a passion for nursing and caring for others, Evans, Wallace and Storey each expressed gratitude after receiving the honor.

from @cowetacountysheriffsoffice 10-42: After 37 years of dedicated service to this agency, and our community, Lt. Col. Tony Grant made his grand exit today, entering into his well-deserved retirement. While we will miss him dearly, we wish him the best as he begins this new chapter. We hope he always has time to visit us… especially on days he makes large batches of Brunswick stew.

West Georgia Technical College is offering a new transferable Associate of Science degree in General Studies that allows students to choose one of six specializations to fit their educational goals. Students enrolling in the new A.S. degree can choose to specialize their coursework for biology, criminal justice, political science, psychology, sociology or economics. After graduation from WGTC, each of these specializations leads to a corresponding bachelor’s degree at the University of West Georgia. Most of the credits also will transfer anywhere in the University System of Georgia.

The Coweta County Board of Education was recognized with a GSBA “Leading Edge” award, at the Georgia School Board Association’s 2019 annual conference in Atlanta. The award recognizes school boards for local innovative school board leadership and “out of the box,” practices by school districts.

Dozens of representatives from local non-profits were on hand to receive donations from the Newnan Kiwanis Club recently during Donation Night. More than $185,000 was given this year. Since 2000, the club has donated $3.9 million to local non-profits. The money comes from proceeds from the annual Coweta Kiwanis Fair.

A single sentence in a book can cost a lot of money in a movie.

from @cowetacountysheriffsoffice: Sheriff Lenn Wood and the entire Coweta County Sheriff’s Office and Jail Division would like to congratulate Lt. Eric Smith on his promotion to Captain. Capt. Eric Smith will assume the position of Jail Division Commander effective January 6.