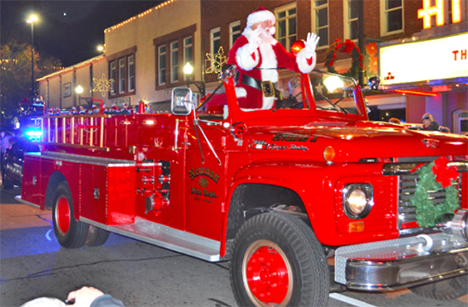 The 2020 edition of the parade was canceled last December due to the COVID-19 pandemic. And the 2021 version was originally scheduled for this past Saturday, but inclement weather associated with the line of storms that brought devastating tornadoes to Kentucky and other states, forced the postponement until this evening.

The weather forecast for tonight’s parade will have mostly cloudy skies in Newnan with temperatures in the lower 60s, dropping into the upper 50s as the parade concludes. No rain chance is listed. The wind will be from the east at 5 pm.

This year’s theme will be a Parade of Lights. Retired Newnan Police Chief D.L. “Buster” Meadows will serve as the Grand Marshal for the 2021 parade, which is hosted by the city of Newnan. Chief Meadows, who retired in late June 2021, had a long and successful 48-year career with the Newnan Police Department, including 19 of those years as chief.

With the cancellation, a couple of changes for tonight’s parade have come into play.

First, the City of Newnan announced earlier this week that Gyth Rigdon, runner-up on The Voice Season 16 back in 2019, will perform a pre-parade concert on a stage across from Golden’s on the Square. Rigdon was a member of Blake Shelton’s team and is slated to perform between 6-7 p.m.

Second, the parade will begin an hour later (7 p.m.) with lineups starting at 5 p.m. In addition, the parade route streets and those in-and-around downtown Newnan will close at 6 p.m.

And finally, most of the original participants to the 2021 parade (over 70 organizations registered) will still participate tonight, but the three high school bands will not.

The route for this year’s parade will be slightly different than in years past. This year, the parade will move north on Greenville Street, turn left (west) at North Court Square, then make another left (south) onto LaGrange Street. To view the 2021 Christmas Parade Route, click the following link: Parade Route. 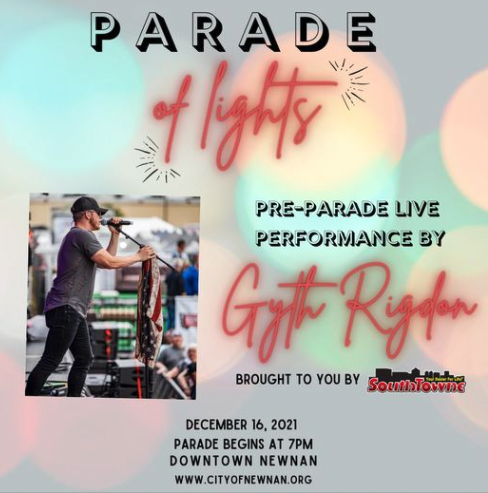 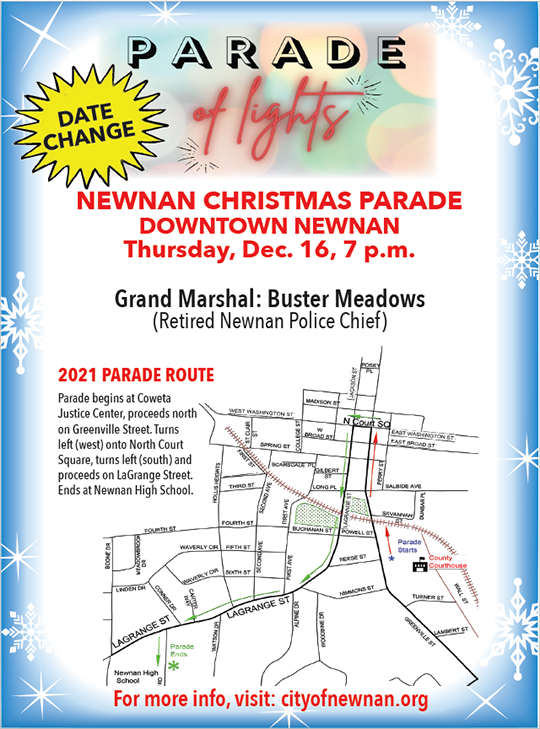