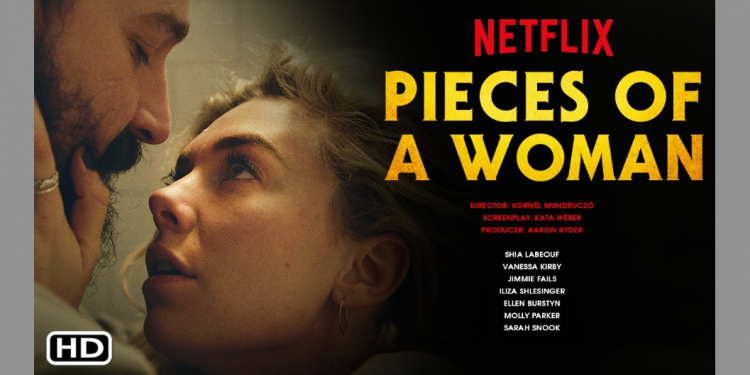 By Jonathan W. Hickman, Special to The Paper

IN THEATERS (AND VIRTUALLY)

Wonder Woman 1984 – (Streaming on HBO Max and limited theatrical), Fix Rating 7/10. … Warner Bros. was celebrated and criticized for its simultaneous Christmas Day release of “Wonder Woman 1984” in theaters and on HBO Max.  But the studio managed to score the highest box office theatrical opening of the pandemic despite the film being available for viewers at home. Of course, the lack of competition among blockbuster offerings assured some level of success.

As for the film itself, “WW84” is fun, if also not the transcendent film it might have been. The superhero genre rarely rises above thriller and laughs these days, but 2017’s “Wonder Woman” did achieve a “moment” when released. Therefore, fans were hoping for more of the same and might find “WW84” a bit of a letdown.  Instead, returning director Patty Jenkins and star Gal Gadot were only able to deliver campy chuckles and familiar, loud, frantic action set-pieces.

The story flashes forward decades to, you guessed it, 1984, where Diana Prince, aka Wonder Woman, works in the Smithsonian. When a mysterious crystal that grants wishes brings back her long-deceased love, Steve Trevor (Chris Pine), it also creates two villains (played by Kristen Wiig and Pedro Pascal).  To save the world, Wonder Woman has to spring, leap, and even fly into action.

We Can Be Heroes (Streaming now),  Fix Rating 7/10. …Fans of filmmaker Robert Rodriguez and his 2005 hit film “The Adventures of Sharkboy and Lavagirl 3-D” won’t be disappointed by this followup.  Borrowing various visual and narrative elements from the Rodriguez-family canon (see, also, the “Spy Kids” franchise), “We Can Be Heroes” is a joyous romp as the Earth’s superheroes are captured by alien invaders leaving their children behind to save the day. The film’s best character has to be the diminutive Guppy (Vivien Blair), the offspring of Sharkboy and Lavagirl, who has shark power!

Pieces of a Woman (Limited theatrical now at Landmark Midtown Art Cinema and streaming now) … On the heels of abuse allegations against actor Shia LaBeouf, Netflix shifted their awards push for this one. In “Pieces of a Woman,” LaBeouf and Vanessa Kirby play a married couple, Martha and Sean, who lose a child in a home birth tragedy.

While many still consider LaBeouf to be one of his generation’s finest actors, his off-screen problems have largely side-lined him from awards consideration.  And when he was sued by FKA Twigs, claiming that the actor abused her, Netflix removed his image from their campaign.  Actress Vanessa Kirby is now the focus as we move into the belated awards season.

Cobra Kai – Season 3 (Streaming now) … The popular nostalgic series, based on the 1980s classic “The Karate Kid” films, makes its season three debut this month on the streaming giant. Originally, “Cobra Kai” was a YouTube Red series that became a cultural phenomenon of sorts. If you haven’t seen seasons one and two, don’t worry; the entire series to date is available on Netflix. The story has karate nemesis’s Johnny Lawrence (William Zabka) and Daniel LaRusso (Ralph Macchio) renewing their rivalry decades later.

WandaVision (January 15) … With “The Mandalorian” completing season two last month, Disney has a lot riding on this Marvel-inspired series. In “WandaVision,” Elizabeth Olsen and Paul Bettany reprise their movie roles as the Scarlet Witch and Vision. This series looks unique and inventive.  The narrative has Wanda Maximoff, aka the Scarlet Witch, joining the love of her life, Vision, to settle down in an idealized suburban community. Of course, nothing is ideal as weird things start happening. The visual scope mimics the style of classic sitcoms set within the whimsical MCU.

One Night in Miami (streaming limited theatrical starting January 8 at Landmark Midtown Art Cinema),  Fix Rating 9/10 …Oscar-winning actress Regina King directs this excellent awards darling. And the screenplay is written by Kemp Powers, the screenwriter, and co-director of Pixar’s “Soul.”  Powers could make history by being nominated for multiple Oscars in various categories.

In the fictional “One Night in Miami” Muhammad Ali, Malcolm X, Sam Cooke, and Jim Brown spend one dramatic night in a motel room conversing about their place in the world.  What might seem like a filmed play proves to be cinematic as King uses locations and flashbacks marvelously.  Look for Leslie Odom, Jr., to be in the mix for acting awards for his impressive portrayal as musician Cooke.

First Cow (streaming now on Hulu and VOD), Fix Rating 9/10 …Fans of filmmaker Kelly Reichardt will be prepared for her deliberate story-telling style.  But I’d wager that the sublime “First Cow” will enchant even the most impatient viewers, who gave up on her other period drama 2009’s “Meek’s Cutoff” or didn’t embrace her frustrating, but powerful, “Wendy and Lucy.”

“First Cow” is a tale of male friendship set in the early 19th century Oregon Territory.  Loner Cookie (John Magaro) and Chinese immigrant King-Lu (Orion Lee) form a tight bond when they go into business together making bake-goods for the locals.  But their uncertain fortunes are linked to theft of milk from the governmental leader’s prized cow.

Reichardt’s “First Cow” is a lovely film captured with care and featuring rich performances, including a final appearance of actor Rene Auberjonois, who died in December 2019. Look for this movie to be on many critic’s “best of” lists and receive much awards buzz.

Shadow in the Cloud (Expected limited theatrical and VOD now) … This WWII set action horror film generated a fair amount of positive buzz when it made its festival run. And the trailers look wild. Chloë Grace Moretz plays Maude Garrett, a mechanic and pilot charged with transporting a mysterious box for her superiors. She boards a B-17 bomber and is immediately ridiculed because of her gender.  But when the crew encounters a gremlin-like creature while in the air, Maude proves her mettle.

The Marksman (Expected theatrical release January 15) … Liam Neeson returns to punch and shoot bad guys.  This time he plays Jim, a rancher in Arizona, who runs afoul of a drug cartel while helping a young boy and his mother. Eventually, Neeson will have to give this type of material up and refocus on his acting career.

The Little Things (Expected theatrical release January 29) … This serial killer thriller stars Oscar Winners Denzel Washington, Rami Malek, and Jared Leto.  The trailer reveals Leto as the creepy killer, and Malek and Washington are two cops hot on his trail.  “The Little Things” is written and directed by John Lee Hancock (see “The Blind Side” and “The Highwaymen”).