News & Notes from Coweta and the Internet 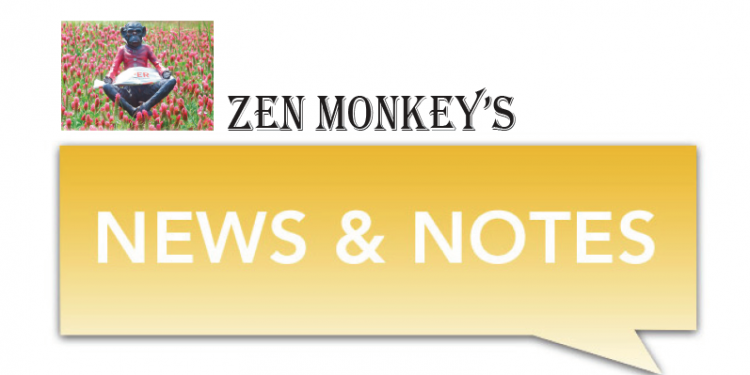 Georgia Power employees from Plant Wansley are continuing to serve their local schools near the plant as a new academic year begins, according to a published report. Recently, the local Citizens of Georgia Power employee volunteer group completed a landscaping project at Arnco-Sargent Elementary School in Newnan. As part of the project, volunteers planted flowers, mulched, and potted new plants for the school’s 9/11 Memorial Garden.

In England, Oliver Cromwell was dead for seven years, dug up, put on trial, found guilty and then executed and burned.

Steve and Marie Swope recently provided a philanthropic gift of $50,000 to the Piedmont Healthcare Foundation to start the Oncology Patient Assistance Fund at Piedmont Newnan Hospital. Their generous donation will fund transportation to and from confirmed medical appointments for patients and purchase medical supplies for at home care for cancer patients who are underinsured or uninsured in Coweta and surrounding communities.

The city of Newnan hosted a ribbon-cutting ceremony celebrating the opening of the C. Jay Smith Memorial Park. The skate park will be the newest (and largest) skate park pump track combination in Georgia.

Pat Wilson, the former chief of the Coweta County Fire Department, has taken a new position as deputy chief of operations for the city of South Fulton Fire Department, according to a published report. Wilson left the Coweta fire department this spring, citing personal reasons.

If you’re attacked by a bear it won’t try to kill you like other predators would, it’ll just start eating.

Piedmont Newnan Hospital is postponing its popular fundraiser due to COVID. In a prepared statement, “We’ve made the difficult decision to postpone the Piedmont Newnan Soiree, originally scheduled for October 22. Due to the alarming increase in the number of COVID-19 cases in our hospital and our community, and uncertainty on when this fourth wave will end, we believe the safest decision is to postpone the Soiree until Spring 2022.”

You will never be as young as you are at this exact moment. In other words, You’re older than you’ve ever been.

Georgia Governor Brian Kemp has signed an executive order banning local governments across the state from imposing any COVID safety restrictions on private businesses, according to 11Alive. Governor Kemp’s executive order leaves it up to the businesses to decide if they want to require masks or vaccinations, for example, for employees and customers.

When Burger King first opened, there was no Whopper. It came out a few years later.

After 30 years in business, owner Emory Bray is retiring. Bray will close both of his stores – Newnan Plaza Pawn Shop and Greenville Street Discount Foods – on Oct. 31. He will be offering discounted rates in both stores from Sept. 1 thru Oct. 31.

Mainstreet Newnan has come up with another downtown event: Join us on Saturday, October 23, 2021, for the Spirits & Spice Festival from 2-7 p.m. Event attendees will be able to get their “boos” on by walking the Downtown Spirits Trail and purchasing specialty cocktails at different participating locations, spice things up by tasting numerous types of chilis at the Chili Cook-Off, and have some skele-fun on the Twisted Trolley Tour ride. The event will feature live music, a craft market, and activities for the kids.