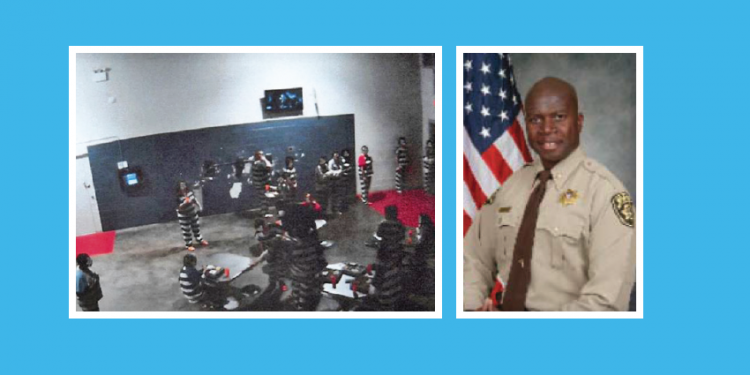 Thanks to his quick thinking and life-saving skills, Coweta County Officer Melvin Cameron saved a life this week.

On Monday, July 27 at approximately 5 p.m., Officer Cameron became aware of an inmate choking inside the female dormitory of the Coweta County Detention Center. He quickly determined Sylvia Dennis was unable to breathe on her own. Officer Cameron performed the Heimlich Maneuver a total of six times and used hand strikes to clear her airway, saving her life.

When asked later on, Dennis credits Officer Cameron for saving her life. The Team has also received several correspondences from female witnesses who are grateful for Office Cameron’s quick thinking and life-saving skills he used on Monday.

The Coweta County Sheriff’s Office is also grateful to have him as a Team Member but not surprised by his actions. He is a veteran within the Jail Division and regularly goes out of his way to positively change the lives of his Team Members and inmate population.

CPR/First Aid is one of several classes that is hosted within the Agency by the Coweta County Sheriff’s Training Unit. The Team is equipped better now more than ever to act quickly to help save the lives of all of the members within our community (in and out of jail).