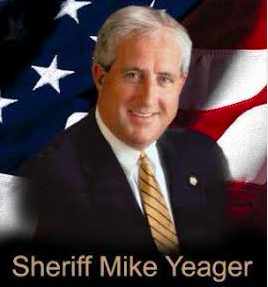 “Sheriff Yeager has decades of experience in many facets of law enforcement, and his wisdom and expertise in the field will serve him well as U.S. Marshal,” said Senator Isakson.“The Senate has made a wise decision, and I congratulate Sheriff Yeager on his new role and thank him for his service.”

“Georgia is home to some of the most impressive law enforcement officers in the nation,” said Senator Perdue. “President Trump made an excellent choice in selecting Sheriff Michael Yeager for U.S. Marshal. Congratulations to Sheriff Yeager on his confirmation. I know he will continue to serve Georgia and the nation well.”

Yeager has served as the sheriff of Coweta County, Georgia since his election to the position in 1993. He has nearly four decades of law enforcement experience, beginning as a patrolman with the Newnan Police Department in 1980. Yeager is the current chairman of the Georgia Peace Officer Standards and Training Council, serves on the Board of the Georgia Department of Community Supervision and serves as a member of the state’s Immigration Enforcement Review Board. He is an active member and past president of the Georgia Sheriffs’ Association and a past president of the Georgia Sheriffs’ Youth Homes. Yeager currently serves as president of the Constitutional Officers Association of Georgia, which includes all current sheriffs, probate judges, tax commissioners and superior/state court clerks of Georgia. In 2006, Yeager received both the Georgia Sheriff of the Year Award and the Governor’s Public Safety Award for Outstanding Contribution to Profession.

Yeager was nominated by President Trump on June 7, 2018 and confirmed by the U.S. Senate in December as U.S. Marshal for the Northern District of Georgia.