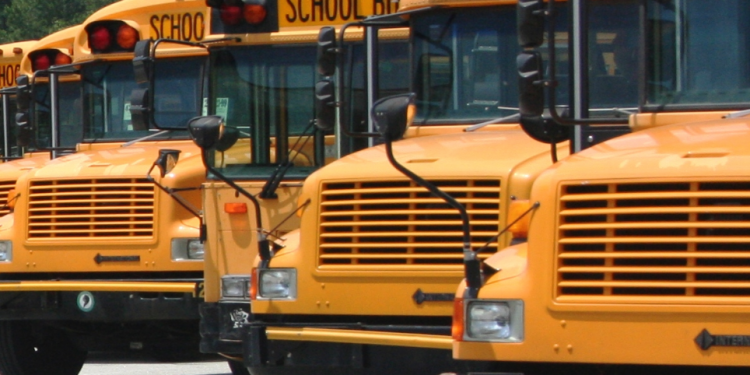 Bus routes can be found on the school system’s webpage at www.cowetaschools.net.

On the first morning of bus ridership, students should plan to be at their neighborhood pick-up spot as early as 6:45 a.m., until bus pick-up times become established.   Routes will adjust as ridership demand is established.  Routes and bus stops will remain largely the same as last year.  Parents who have questions about routes or stops should call the Transportation Department at 770-254-2820.

The school system Transportation Department also wants to make parents aware that routes could be affected if drivers are quarantined due to COVID-19.  Affected routes will be covered, but morning pick-ups could be later in such cases.  Parents can check on the status of bus routes to ensure that buses are on-time each morning on the school system’s webpage by going to www.cowetaschools.net and checking “Bus Status” on the left side of the page.

Just as in school, face masks or coverings are required of 2nd grade and above students on buses.  Siblings will be able to sit together, and buses will load from back to front as students are picked up where feasible, to spread students out as much as possible.  Parents are encouraged to provide students with their own bottle of hand sanitizer.  Buses are also cleaned and disinfected thoroughly after each route.

The school system urges Coweta parents and drivers to take extra time and care when students head back to school. Along with a return of bus service, parents dropping off young children and student drivers will also be returning. Below are a few reminders:

What can parents do?

What should drivers expect when school starts back?

What are peak traffic times during the school year?

What time do buses begin their routes?

Where do children catch the bus?

Parents should always accompany very young children to the bus stop, and meet them on their return. If parents are unsure of where the established stop is for their address, they can speak to representatives of the school system’s transportation department at 770-254-2820.

What should I watch out for?

What else can I do to help?