The Coweta County School System improved its performance overall, and outscored the state of Georgia, on the Georgia College and Career Ready Performance Index (CCRPI) in 2019.

Coweta Schools outscored the Georgia average by nearly 9 points in the 2018-19 state accountability report, with a Coweta score of 84.8 on the CCRPI exceeding the state’s overall CCRPI score of 75.9.  Coweta County’s overall performance also improved at the elementary, middle and high school levels in 2019, and outperformed state averages at those grade levels as well.

That placed the Coweta County School System as one of the top-ranking school districts in Georgia in the annual report.  The school system ranked 14th out of 181 Georgia school districts, or in the top 8 percent of the state.

The CCRPI is Georgia’s annual statewide accountability system.  It compiles student performance data in five major areas, including Content Mastery, Progress, Closing Gaps, Readiness, and (for high schools) Graduation Rate. The report then assigns a single score reported on a 100-point scale for schools and districts, based on those multiple points of student data. This year’s report reflects data from the 2018-19 school year.

Overall, the Coweta County School System ranked as the 14th highest school district in the state of Georgia on the CCRPI (top 8 percent) in 2019, moving up from its performance as the 20th highest (top 10 percent) in 2018. Of the top 14 districts in the 2019 report, most are smaller school systems.  Coweta County is one of only four large school districts (20,000 or more students) in the report’s top 8 percent of high-scoring districts, along with Forsyth, Fayette, and Cobb county school systems.

“I am proud of our school system,” said Barker.  “Our teachers continue to push toward improvement and hold high expectations for our students. I think that shows in the fact that our school system overall has managed to improve on already strong performance in recent years.”

“These results help paint the picture of our school system,” said Superintendent Steve Barker.  “Along with other indicators such as SAT, the CCRPI provides achievement results that reflect how our student performance compares across the state.  We are highly competitive on the state and national levels.”

“Through these results, I hope our community can see how the great work being done by our employees and students adds to the quality of life for our community,” said Barker.

Under the federal Every Student Succeeds Act (ESSA) – the replacement for No Child Left Behind (NCLB) passed in 2015 – states are required to have a “statewide accountability system” that provides information on how well schools are performing. Similar accountability systems were required under the No Child Left Behind waivers many states operated under before ESSA was passed, but ESSA gives states more authority over the process.

The Georgia Department of Education made significant changes to the state’s CCRPI in 2018. Highlights of the changes include:

• The CCRPI was streamlined and simplified. The number of indicators were cut roughly in half, and the remaining indicators are organized within five overall components: Content Mastery, Progress, Closing Gaps, Readiness, and Graduation Rate.

• A new Closing Gaps component rewards schools making significant progress with traditionally underserved subgroups (English Learners, Economically Disadvantaged, and Students With Disabilities) and sets an expectation of improvement or maintenance of high achievement for all subgroups.

• A new Beyond the Core indicator at the elementary and middle school levels incentivizes student participation in enrichment courses beyond the traditional academic core (like fine arts, world language, physical education/health, and career education).

• A CCRPI website makes it easier for parents and other stakeholders to access their schools’ scores and dig into the underlying data.

More information about the CCRPI can be found at the Georgia Department of Education’s website, at www.gadoe.org. 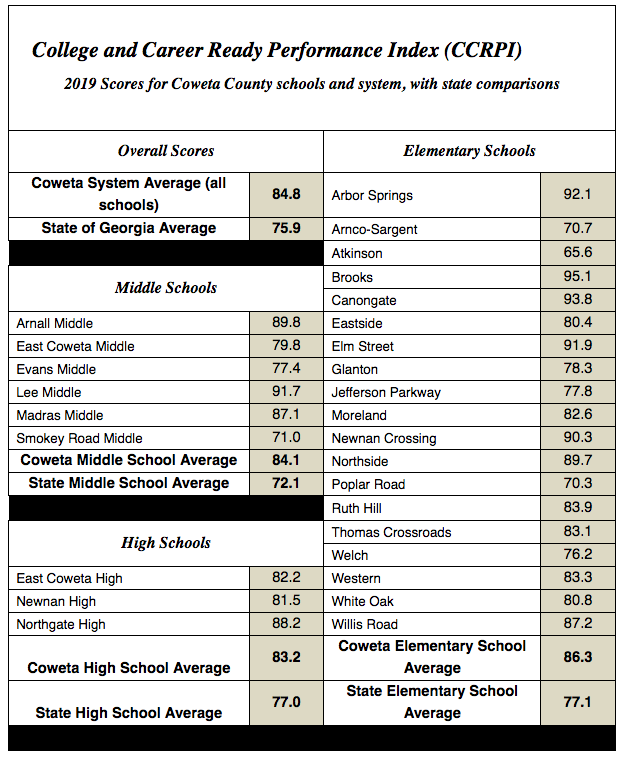 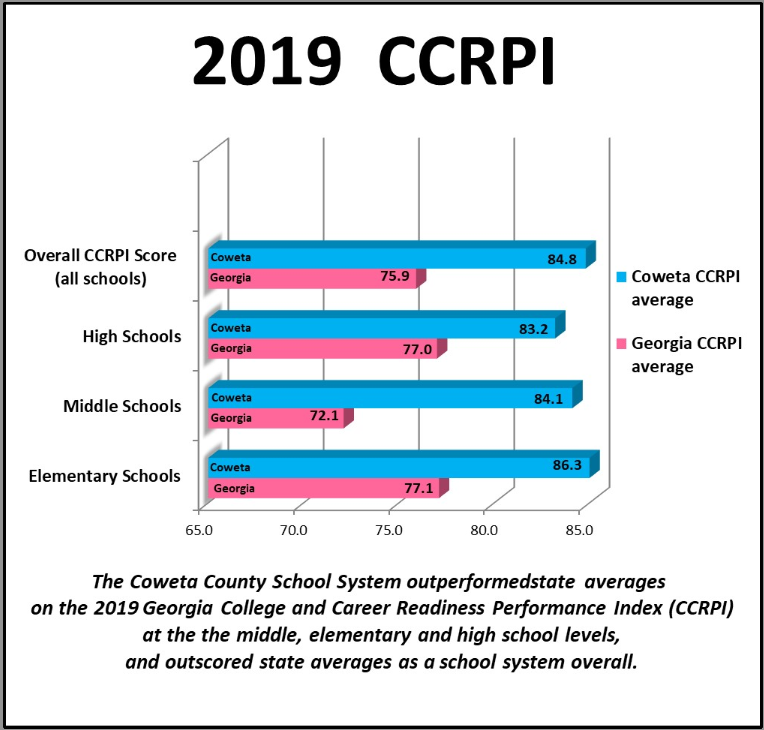