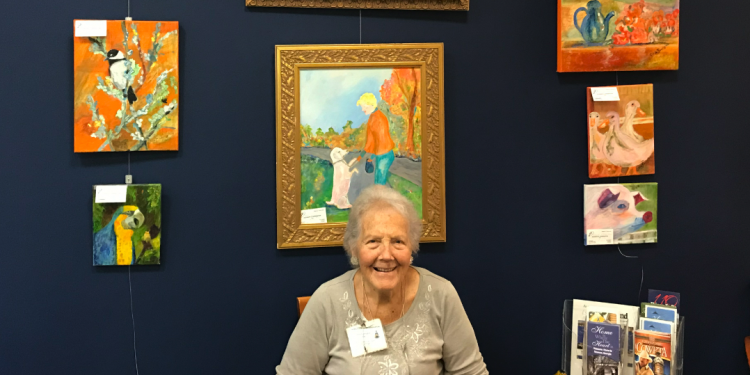 The Newnan Coweta Art Association selects Ellie Farrington as its featured Artist of the Month for September. Farrington’s art will be featured in the City Manager’s Office at City Hall until September 30.

Each month, local artists are named Artist of the Month. The City has collaborated with the Newnan-Coweta Art Association and some local art galleries on this project. It gives local artists the opportunity to display their work in City Hall and a chance for the city to support the arts.

About Ellie Farrington
As a child in Maine, Ellie was greatly influenced by the visiting Art Teacher at the one-room school she attended and wanted to be able to create “real” paintings when she was older, but that was a long time in coming. Her artistic expression was limited to decorating her home and sewing clothing for the family and others, while at home caring for the family of five children.

When the youngest was in high school, Ellie took a position as secretary to the Superintendent of Schools, which she held for eight years. Then, after 60 years in Maine, Ellie and Bernie moved to Georgia in 1987 where they opened a Blimpie Restaurant and worked there for nine years, meeting a good many of Newnan’s families.

In 1988, she became aware of the oil painting lessons offered through the Recreation Department with Tom Powers and began to pursue her dream of learning to paint. She took lessons from Tom as long as they were available. She has taken workshops and continues to paint weekly with a group of local artists.

A member of the Newnan-Coweta Art Association (NCAA) and Southern Crescent Alliance of Visual Artists (SCAVA), she has exhibited in many of their shows, as well as at the Coweta County Fair. She has won a number of merit award ribbons and had two of her paintings on display in the office of Mac Collins in Washington, D.C., for a year.

She works in her church and with the Alzheimer’s Association, while continuing to study, paint and serve in the art community. Her paintings have been described as “happy,” which is appropriate since they are a reflection of her happiness and her joy in painting and life in general. Her subjects include flowers (many of which she has grown in her gardens), scenes from the Maine coast, places she has visited and most anything that takes her fancy. She is well known for using vivid colors, and paintings on large canvases. Her paintings grace many homes in the area and around the country.

Ms. Farrington is a member of the Newnan Coweta Art Association.

About the Newnan Coweta Art Association
The Newnan-Coweta Art Association’s general meetings are held the third Thursday of each month (from August through May) at the Harriet Alexander Art Center on Hospital Road at 7:00 p.m. An art demonstration is presented each month. Visitors and new members are always welcome. 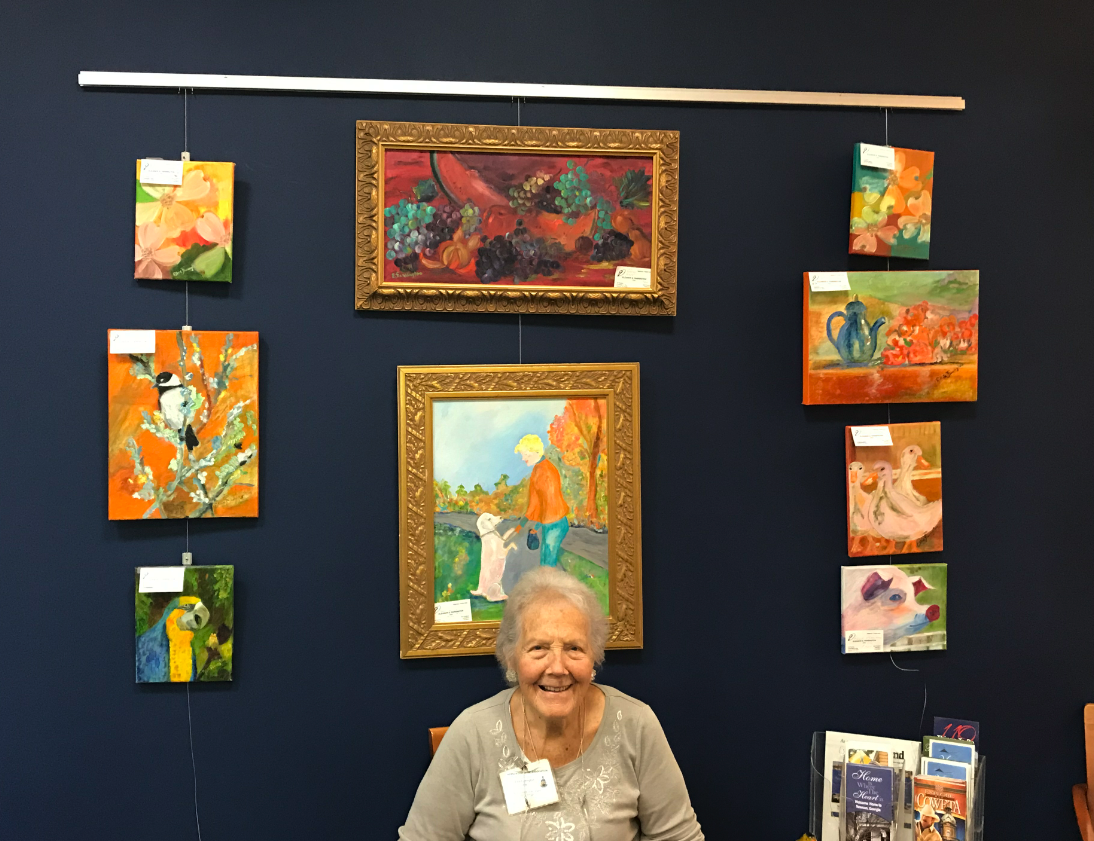 TagsArtist of the MonthEllie Farrington