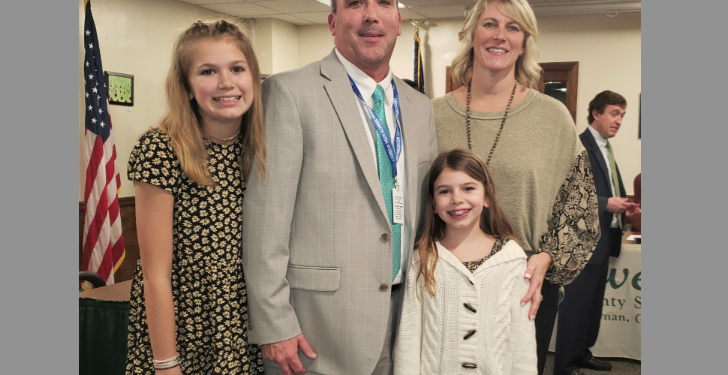 The Coweta County Board of Education has named Evan Horton as the next Coweta County School System Superintendent, to begin June 1, 2020.

Horton is a 22-year educator who is currently Coweta County School System’s Assistant Superintendent for Student Services and Safety.  He has served in a number of teaching and administrative positions in Coweta County since 1999, including principal of East Coweta High School, and currently oversees the school system’s safety, student discipline, transportation and food service departments, among other duties.

“I appreciate the trust the board is placing in me.  I appreciate the opportunity to lead in a school system that is one of the highest performing in the state of Georgia,” said Horton Tuesday night.

“I am keenly aware that the Coweta County School System has a legacy of strong student achievement, above all,” said Horton.  “But our system also has a legacy of innovation, of collaborative approaches to improving achievement, of solid and ethical leadership, and of a strong focus on and responsiveness to families and our community.  I am dedicated to continuing those legacies.”

“It’s my pleasure to work with Mr. Horton over the next four years to continue to see our school district move forward and remain focused on student achievement,” said school board Chairman Amy Dees. “Mr. Horton is eager and qualified to take the helm. I look forward to working with him as we seek to continuously improve our district.”

“Mr. Horton not only comes to us a Superintendent, but as a father,” said Dees.  “His vested interest in the success of our schools is personal.  His daughters attend Coweta County schools.”

Horton was named Coweta’s next Superintendent in a 6-0 vote, during a called meeting of the Board on Tuesday.  The decision followed a two-month process which began when Dr. Barker announced in December his intention to retire at the end of the school year, after 30 years of service to the school system. Barker’s last day as Superintendent will be May 29; his last official duty will be awarding diplomas at East Coweta High School’s graduation on May 30.

“For several years I have watched Mr. Horton develop as a strong leader in our school system, in a number of roles” said Superintendent Barker, following Tuesday’s vote.  “I am confident that he will devote the time and energy necessary to effectively provide leadership as Superintendent, while working with a great staff and great team of school and system leaders to serve our community.”

Following Barker’s December announcement, the Board began a Superintendent search process with an open application period in late January and early February.  After review of several applications for the position and board discussion, the board interviewed Horton as a finalist for the position on February 14, culminating in the board’s decision Tuesday night.

“At the announcement of Dr. Barker’s retirement, the board made a decision not to appoint, and instead held the position open for over two weeks to allow anyone interested to apply,” said Chairman Dees.  “After vetting these candidates, Mr. Horton emerged as the top candidate to keep our district moving in a positive direction.”

Evan Horton has held a number of teaching, coaching and administrative roles throughout the district during his career.  A native of Oxford, Ala., Horton began his teaching career in 1998, at Maxwell Elementary School in Tuscaloosa, Ala.  He came to Coweta County in 1999, teaching civics and history at Newnan High School, and coaching basketball, baseball and cross-country at NHS as well.  He later moved to Northgate High School, where he taught and also served as an assistant football coach, head basketball coach, and assistant athletic director. In 2006 he became an assistant principal at East Coweta High School, then ECHS athletic director in 2008, prior to serving as the East Coweta High School principal 2012 to 2015.

Horton was appointed as the Coweta County School System’s Director of Student Services in 2015, and Assistant Superintendent in 2019. During his time as Assistant Superintendent and Director of Student Services, Horton has overseen the system’s School Nutrition and Transportation departments.  He has also been responsible for overseeing system staff and student safety for the past year.  Horton has also overseen all student discipline and student code of conduct matters, school system disciplinary policies and disciplinary student tribunals. He currently oversees and coordinates programs dealing with student attendance, positive behavior interventions and support, and he oversees the school system’s alternative schools. Horton also serves as a liaison between the school system, School Resource Officers and law enforcement generally, and assists the Superintendent on the daily operation of the school system.

Horton is married to Renee Horton, and the couple have two daughters, Addyson and Brooklyn, and live in Turin. 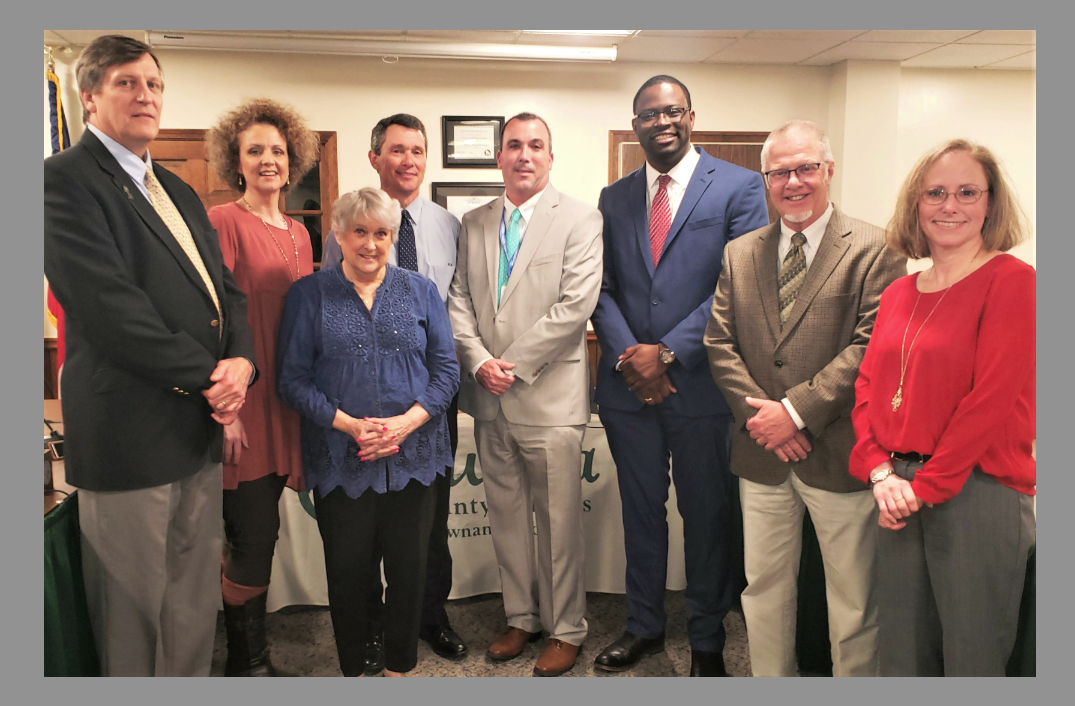 Pictured above is new Coweta Schools superintendent with the Board of Education members. (left to right) School board member Frank Farmer, Board Chairman Amy Dees, board member Sue Brown, Superintendent Steve Barker, Horton, and board members Andrew Copeland, Larry Robertson and Beth Barnett. 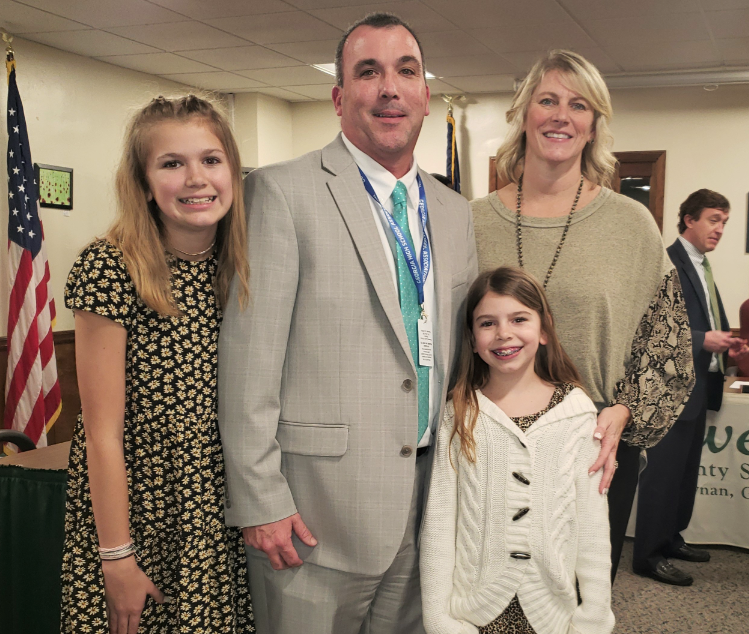 Evan Horton with his family, including his wife, Renee, and daughters Addyson, left, and Brooklyn, right.