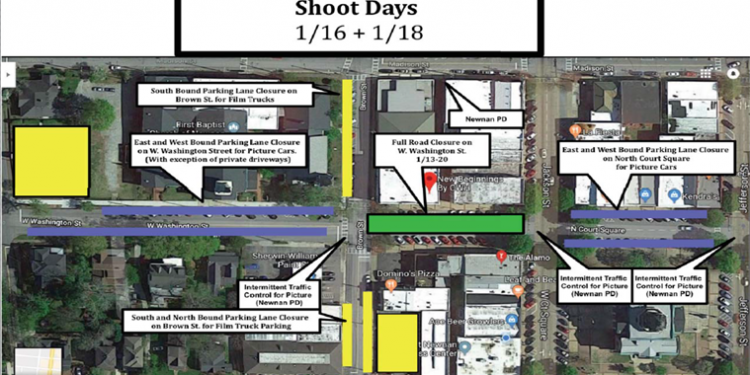 The city of Newnan has received interest from two separate films that have approached merchants and residents throughout the downtown Newnan area, according to Ashley Copeland, communications manager for Newnan.

On Wednesday, Jan. 16 and Friday, Jan. 18, intermittent traffic control will be utilized at intersections and will include additional parking lane closures nearby to film in the city under supervision of Newnan Police Department. 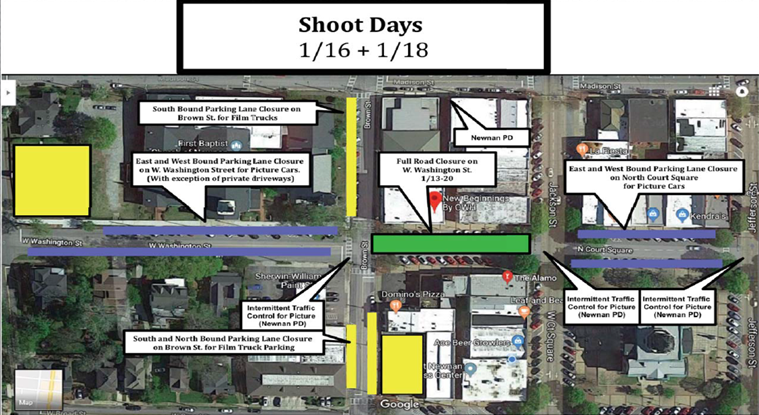 Will film a portion of their production “J19” in and around the Newnan Square, on location from Monday, Feb. 4, 2019 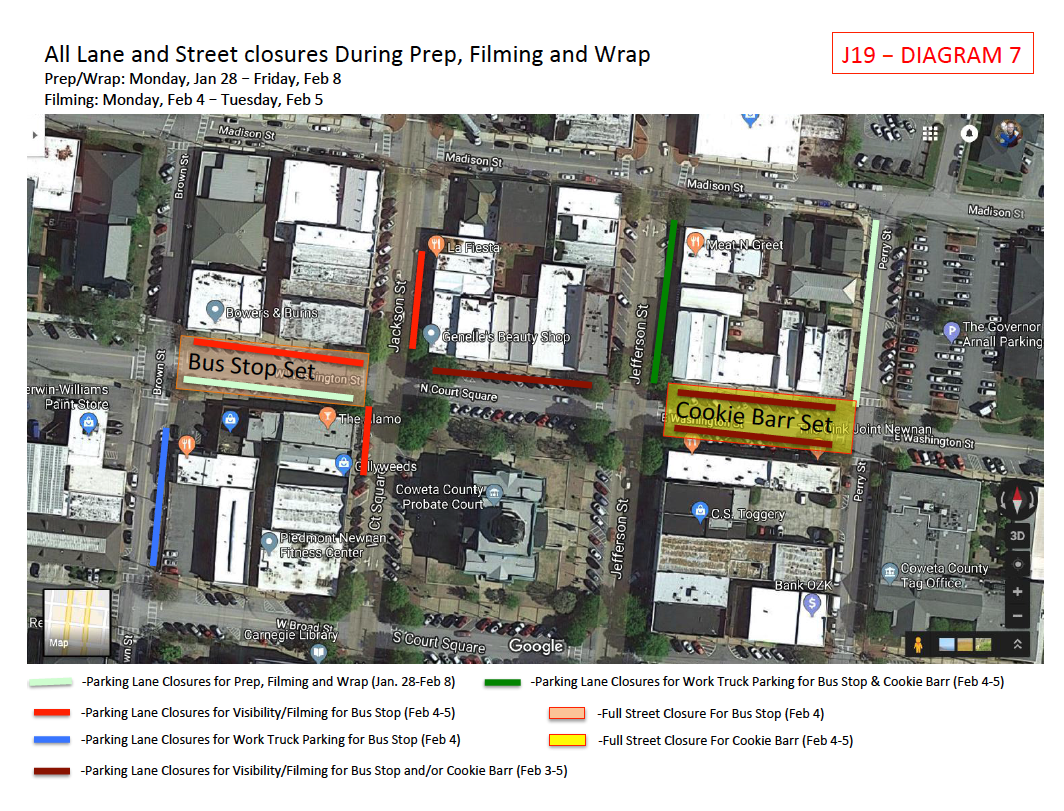 Citizen Of The Year Nominees Named