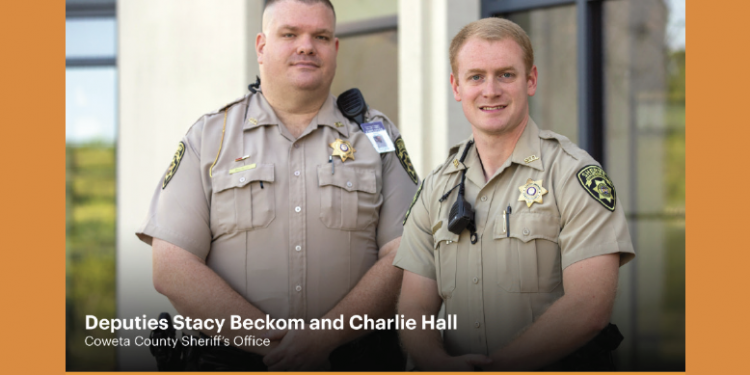 On the early morning of April 11, a 911 call was placed for an animal concern in Sharpsburg and Coweta County Sheriff Deputy Charlie Hall was dispatched to respond, where he found several cows loose in the roadway creating a traffic hazard.

Deputy Hall in coordination with Coweta County Sheriff’s Office Dispatch was able to locate the owner of the animals and the owner and Deputy Hall arrived on scene to get the cows back into the pasture.

As the cow’s owner and Deputy Hall got the last cow wrangled in, the man suddenly collapsed falling to the ground and was in visible distress. He had no pulse and was in cardiac arrest. Deputy Hall called in the emergency and proceeded to provide medical aid by beginning CPR on the side of the road.

The man was taken to Piedmont Newnan’s Emergency Department in critical condition where the ED team continued advanced, post arrest care finding the patient to have triple vessel coronary angioplasty. The patient was stabilized and transferred to Piedmont Atlanta Hospital. After a 16-day Critical Care journey, the patient was discharged home and recently underwent open-heart surgery.

The lifesaving efforts by Deputies Hall and Beckom were critical to the survival of this patient during this medical emergency. Their quick response and administering of CPR saved this man’s life. According to the American Heart Association, some 350,000 cardiac arrest cases occur each year outside of a hospital, and the survival rate is less than 12 percent. CPR can double or triple the chances of survival.

For their actions, the two deputies recently were honored by the County and presented the Coweta County Sheriff’s Office’s Life Saver Award.

Piedmont Newnan Hospital created the First Friday Hero program in April 2019, which is designed to recognize first responders on a monthly basis who have gone above and beyond the call of duty. Their line of work is often a thankless job and we want to make the community aware of our local heroes and all they do to make Coweta County and our surrounding communities a better and safer place. 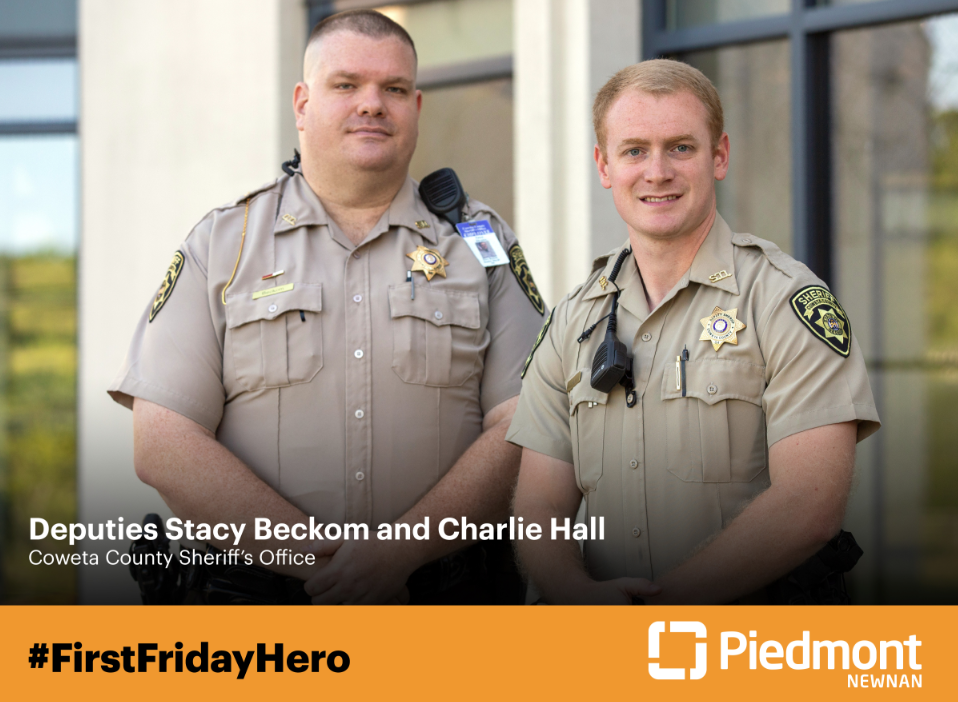 Ask The County Agent: What are the ...

Ruth Whitaker selected as Artist of the ...