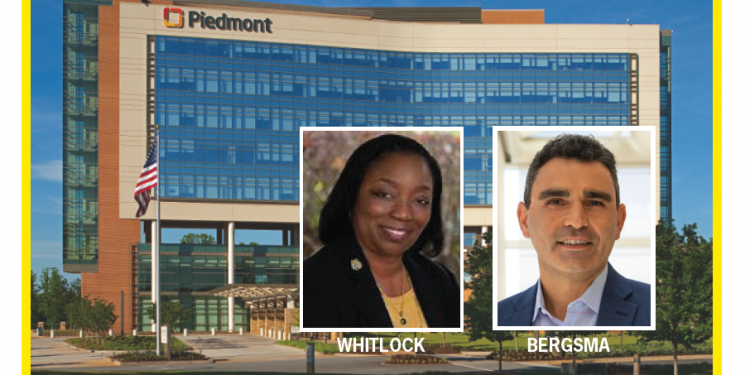 Whitlock, who earned her doctorate in Educational Leadership from Mercer University, is a results-oriented executive with 24 years of higher education experience. She has served WGTC in leadership roles since 2006. In her current role, she provides the strategic vision and leadership for Student Affairs and Enrollment Services and serves as an ambassador to the college in the community.

Prior to her roles at WGTC, Whitlock was with West Central Technical College in both Newnan and LaGrange. She has more than 17 years of progressive community relations experience and was the Newnan Coweta Chamber of Commerce Board of Directors Chairwoman in 2019. In addition, Whitlock has served many board roles for organizations throughout Coweta County, including Angel House, Coweta Substance Abuse (C-SAP) and has served on Piedmont Newnan’s Advisory Board since 2017.

Douwe joined Piedmont Healthcare as Chief Marketing Officer in February 2020. He leads the communications, physician outreach and marketing efforts for the 110-year-young, not-for-profit system. Before joining Piedmont, he led the P&L, marketing, innovation, shopper marketing, digital transformation, ecommerce, diversity and capability development for many iconic consumer brands, first at Procter & Gamble for over 19 years, and later as the Chief Marketing Officer at Georgia-Pacific for almost nine years.

His business impact has been widely recognized through the inclusion in Ad Age’s Creativity 50, induction in the Shopper Marketing Hall of Fame, Lion-, Effie-, Halo-, Webbie-, D&AD- and Max awards, four national CMO awards and invitations to present at the Cannes Lions, Effies, CES, ARF, ANA Masters of Marketing and the White House (2016). He aims to give back to the industry as the Dean for the Brand Marketers Academy at the Cannes Lions School, board member with the Association of National Advertisers (ANA) and strong advocate of the international #SeeHer initiative, which aims to portray women accurately in the media.