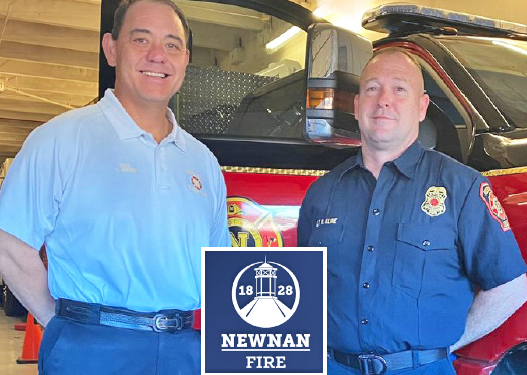 Captain Kline, who owns a degree in criminal justice, began his service with the Newnan Fire Department in 1998.

“We are very fortunate to have someone of Vic’s caliber and experience in our department,” said Newnan Fire Department Chief Stephen Brown. “His long-term leadership as a lieutenant makes him the perfect fit for this promotion.”

Said Captain Kline, “Serving the people of Newnan has always been a great honor and I look forward to continuing that service in my new role.”