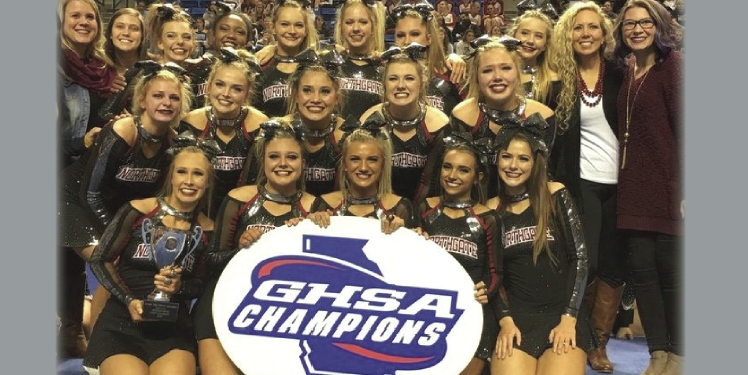 The Northgate High School Vikings Cheerleaders took home the Class 6A gold from state cheerleading competitions Saturday, marking the 9th time the squad has won the state championship since 2007 and the Vikings’ 4th straight title since 2015.

“Last year, although we won, we didn’t leave state feeling we had done our best,” said Coach Frazier.  “This feeling pushed us throughout this season to finish at our absolute best.  We chose to pack our routine with a lot of difficulty to prove not only to ourselves, but to the State that we were not going to shy away from the difficulty.”

“The regular competition season this year had its ups and downs. There were times we hit all of the difficulty and times we didn’t,” said Frazier. A loss at regional competitions required competition at sectionals to get moved to state finals. “The team was more determined than ever to finish strong.”

“The team hit their routine Friday,” putting them 1st at Sectionals and moving them to Finals.

“Saturdays Finals included a lot of amazing 6-A teams that all hit great routines,” she said. “As our team was taking the mat, I reminded them that we were not there to ‘beat’ anyone. We were there to beat ourselves. We wanted to peak at Finals, and that is exactly what they did. I am so proud of them for never giving up on a difficult routine.  Even when we could have taken skills out, they wanted to push to prove that they could do it, and they did.”

Frazier noted that Northgate senior Cheerleaders Kasey Stanley, Brielle Geres, Anna Estes have been a part of all four of Northgate’s recent cheerleading championships.  The graduating classes of 2011 and 2012 also had the distinction of finishing with four titles. 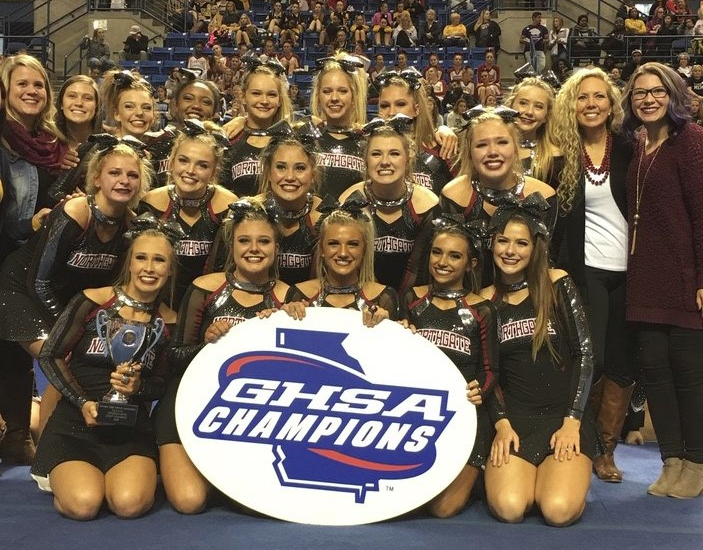