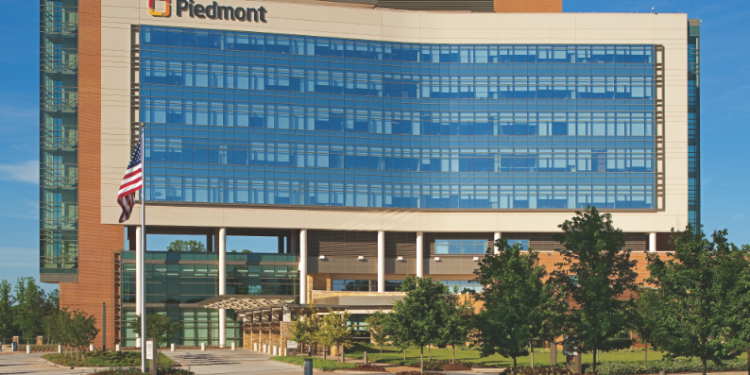 Piedmont Healthcare’s Minimally Invasive & Robotic Surgery Program recently celebrated its 15,000th robotic surgery – a milestone for the program that is one of only a handful of large volume robotic programs in the country and that also ranks in the top 20 percent globally in the number of robotic procedures it performs.

As a system, Piedmont Healthcare performs about 3,500 cases per year, with 1,400 of them annually at Piedmont Atlanta, which has three robotic surgical systems. The program is among the busiest in the nation and ranks within the top 10 percent of Southeast Regional Integrated Delivery Networks.  It also ranks in the top five nationally in the number of cases among Hepatobiliary programs. As a single institution, Piedmont Atlanta Hospital does the second-highest number of robotic colorectal surgeries in the country. Piedmont Newnan is part of the program.

“It is gratifying to know that we have helped to make a positive difference in the lives we touch by performing these 15,000 cases.”

Among Piedmont’s 11 hospitals, seven are equipped with the da Vinci Surgical System for a total of nine surgical robots across the system.

Piedmont Healthcare has more than 100 surgeons credentialed as part of its robotics program. The major areas include urology, thoracic surgery, gynecology, bariatric surgery, transplant surgery, colorectal surgery, hepatobilliary surgery and general surgery. However, the program touches almost every subspecialty within the system. Piedmont performs 400 surgeries per robot per year, which far exceeds the national average.

“We have adopted Six Sigma-like principles that have allowed us to develop incredible efficiencies at Piedmont,” Rajesh Laungani, M.D., FACS, Piedmont Atlanta’s Director of Minimally Invasive & Robotic Surgery. “That allows us to do the large number of cases that we do on an annual basis while keeping costs low and efficiency high. As most in the medical profession know, the more cases that a surgeon does, the more he or she perfects the skill, which provides for better outcomes.”