Piedmont Newnan Generates Over $398 Million for Local and State Economy, According to Recent Report 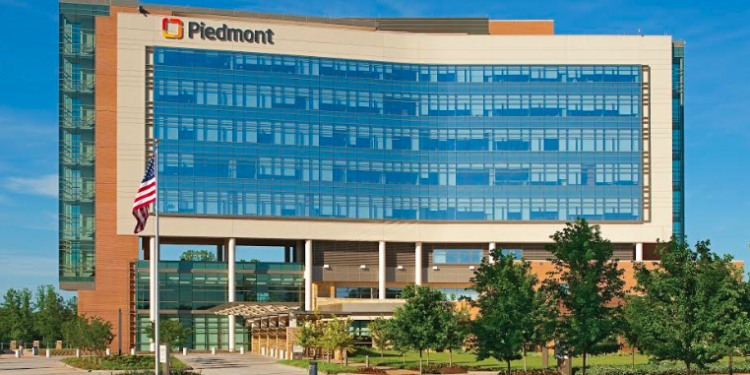 In 2017, Piedmont Newnan Hospital generated more than $398 million in revenue for the local and state economy, according to a recently released report by the Georgia Hospital Association, the state’s largest hospital trade association.

“Piedmont Newnan’s mission is not only to provide high-quality, patient-centered healthcare, but also to give back and support our local community,” said Mike Robertson, chief executive officer (CEO) at Piedmont Newnan. “We are proud to partner with the communities we serve to offer our high-quality healthcare services close to home for our patients, and as a leading employer in our region, we are dedicated to improving the lives of those in our community.”

According to GHA’s 2017 report, Piedmont Newnan had direct expenditures of more than $170 million, with the total economic impact of those expenditures being more than $398 million when combined with an economic multiplier developed by the U.S. Department of Commerce’s Bureau of Economic Analysis.

This output multiplier considers the “ripple” effect of direct hospital expenditures on other sectors of the economy, such as medical supplies, durable medical equipment and pharmaceuticals. Economic multipliers are used to model the resulting impact of a change in one industry on the “circular flow” of spending within an economy as a whole.

When a U.S. Department of Commerce multiplier is applied to the jobs number, it is revealed that an additional 2,190 jobs are supported across the state due to the economic activity of Piedmont Newnan.  The hospital spent more than $75 million in salaries and benefits, resulting in total household earnings in the community of more than $148 million.

Ask The County Agent: Are there any ...