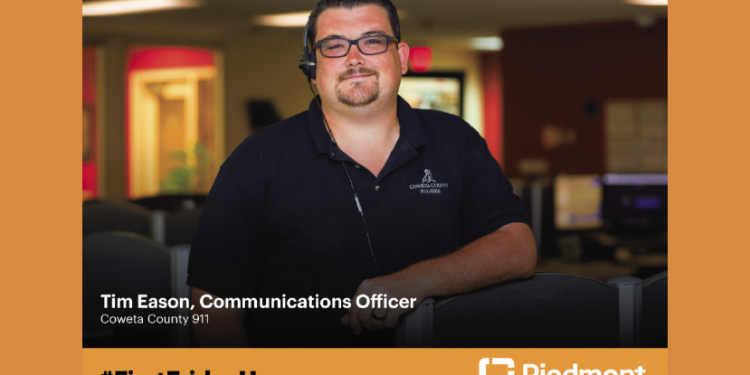 Recently, a 911 call came in regarding a male who collapsed in cardiac arrest. Bystander CPR was started and Tim Eason continued to coach CPR and manage the rescue until Fire and medics arrived and could administer AED shocks. Because of Tim’s coaching and assessment of the situation, along with the bystander performing CPR, the cardiac arrest patient had a positive outcome.

Piedmont Newnan Hospital created the First Friday Hero program in April 2019, which is designed to recognize first responders on a monthly basis who have gone above and beyond the call of duty. Their line of work is often a thankless job and we want to make the community aware of our local heroes and all they do to make Coweta County and our surrounding communities a better and safer place.

At the ceremony, the cardiac arrest patient, along with the bystanders that called 911 and performed CPR, attended the ceremony to thank Tim. 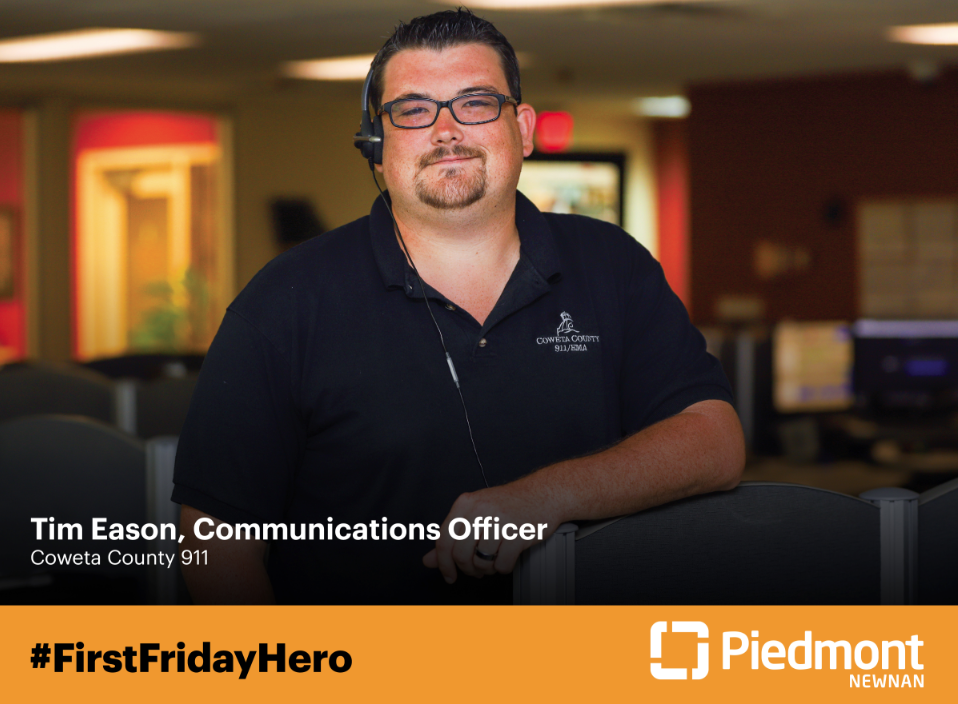