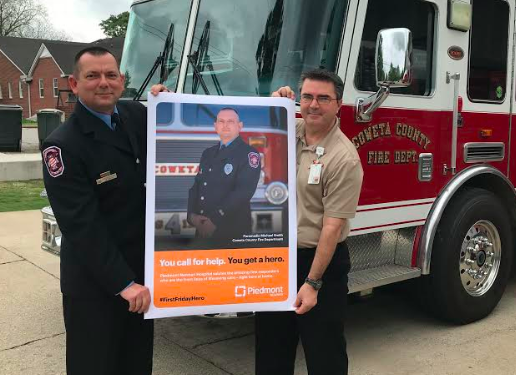 Michael was awarded Paramedic of the Year and has been involved in numerous calls this year ending in positive outcomes, including a recent cardiac arrest save of a 79 year old male suffering from a STEMI. Because of Michael’s quick response and actions, the man was released from the hospital two days after surgery with no deficiencies.

In addition to his duties as a paramedic, Michael also participates in self-involved training and continuing education classes on his own time. Just since January, he has already completed 250 hours and completes about 600 hours each year. He was also involved in the initiation of the Coweta County Fire Rescue SWAT Medic program and is a Mandated Peace Officer.

Piedmont Newnan created the First Friday Hero program in April 2019, which is designed to recognize first responders on a monthly basis who have gone above and beyond the call of duty. Their line of work is often a thankless job and Piedmont Newnan wants to make the community aware of our local heroes and all they do to make Coweta County and our surrounding communities a better and safer place. 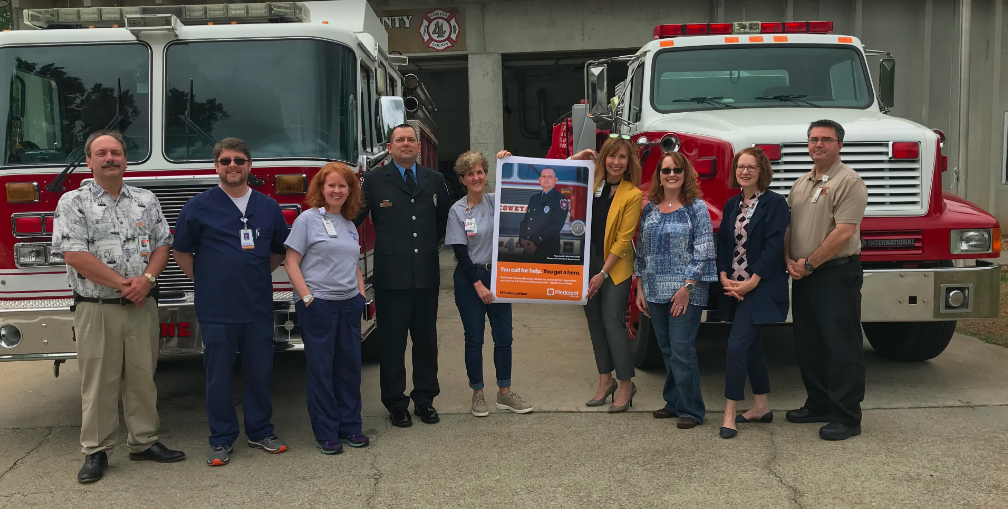