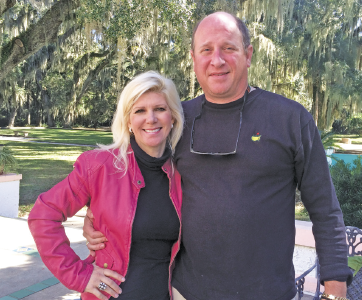 More than 2,000 years ago, Jesus sat down with his disciples for what we now call The Last Supper.

A question that has kept coming to me over and over again is – “If I was sitting at the table during the Last Supper, who would I have been?” Would I have been Peter or John or James or maybe even Judas? Or maybe one of the lesser known disciples.

I wondered if I would have been trying to make sure I had a seat next to Jesus at the table or posturing for a seat at His right or left hand in Heaven?

Not a proud moment for the disciples. But I am sure I have acted like them at some point or another.

I am proud of a lot I have done, and I’m also not proud of other actions. But I have never blatantly denied Christ like Peter did, but considering what he faced, who knows?

I simply pray I would never do the same.

I have also not intentionally betrayed Jesus like Judas, but I am sure there have been times that I should have spoken up in a crowd or even in a small group and declared my faith in Christ stronger than I did.

But still, I often wonder who I would have been during Christ’s ministry and the last days and hours of His life.

Would I have been one of the disciples that Jesus asked to pray for Him while He prayed in the Garden of Gethsemane and yet all three fell asleep. Great friends huh!

Would I have truly believed that He was the Way, the Truth and the Life? Would I have carried Christ’s cross down the Via Dolorosa? Would I have been John, who stayed at the foot of the cross and later took care of Jesus’ mother? Would I have denied Christ three times like Peter?

Or worse, would I have not even been a disciple at all, but rather a soldier casting lots for Jesus’ clothes. And even worse yet, could I have been someone in the crowd yelling “Crucify Him.”
I pray not …

I certainly pray I would have recognized Christ’s holiness and been a passionate, dedicated follower of Him until the very end of my life.

I would like to be Peter, the one that, yes, denied Jesus but the same one whom Jesus said, “Upon this Rock I will build my church.”

Resurrection Sunday brings redemption for all.

From all of at Winters Media and Publishing we want to wish you a blessed Easter.