Snow Tubing in the Park set for Saturday cancelled; to be rescheduled 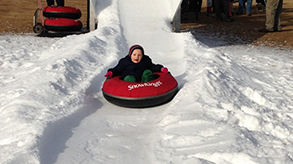 EDITOR’S NOTE … The Snow Tubing in the Park event scheduled for today (Saturday, Feb. 8) has been postponed due to inclement weather. A rescheduled date will be announced in the near future.

Snow is definitely in the forecast for First Avenue Park in downtown Newnan.

That’s right. The City of Newnan’s Leisure Services Department will host Snow Tubing in the Park on Saturday, Feb. 8. The event is is from Noon to 4 p.m. It was originally scheduled for 10 a.m. to 2 p.m. but the an increase in the morning rain chances from 30% to 50% caused delayed start.

The event is free and open to all ages on a first-come, first-served basis.

There will be a snow tubing slide, snow tubes and a large snow play area. A coffee and hot cocoa food truck will be on site from 10 a.m. to noon with items to purchase.

SnowKings of Atlanta will produce the snow to be used at this event. The snowmaking is similar to that utilized at ski resorts to supplement natural snow. Snow will be blown on the slide and tubing run as well as the 30 ft. by 30 ft. play area.

In the event of rain, Snow Tubing in the Park will be rescheduled at a later date. 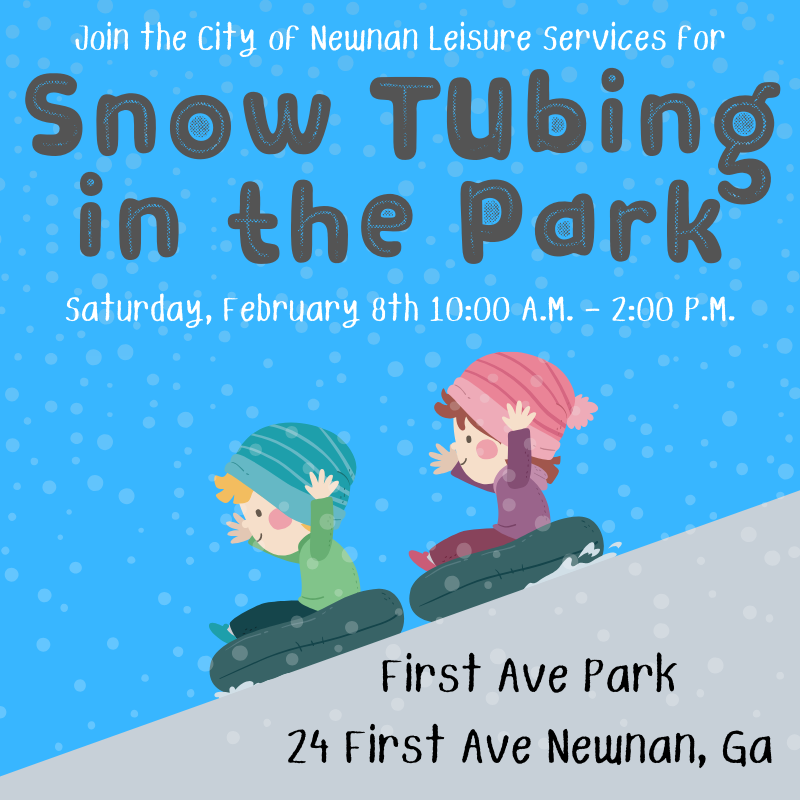