Sports on TV: Braves, Hawks, United, Dream schedules for May 24-30 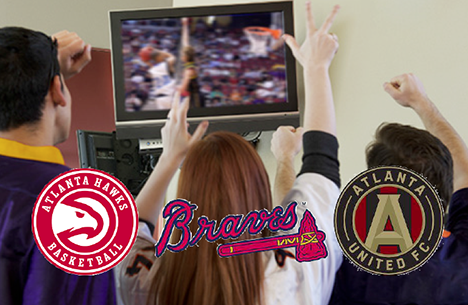 Four Atlanta professional sports teams will appear on television in the next week (May 24-30).

The Atlanta Braves enter this week’s action with a 23-24 record after just coming off a 4-2 homestand which included an offensive onslaught to take 3 of 4 over the weekend from the Pittsburgh Pirates. The Braves are just 1.5 games back of the first-place New York Mets in the Major League Baseball’s National League East Division. Atlanta will open a five-game road trip Tuesday with a stop in Boston to face the Red Sox, then to New York for a 3-game set with the Mets. Atlanta will appear on four networks this week – BSSE, BSS, FOX and ESPN.

The Atlanta Hawks tipped off their first round NBA Playoff action last night with a thrilling 107-105 victory over the New York Knicks at Madison Square Garden. Point guard Trae Young sank a floater with 0.9 seconds left to give the Hawks a 1-0 lead in the Best of Seven series. Game No. 2 is set for Wednesday in New York on TNT and BSSE, then heads to Atlanta for Games 3 and 4.

And the Atlanta United got a 1-1 draw at the always-tough Seattle Sounders FC on Sunday which brings their Major League Soccer record to 2-1-3. Their 9 points in the standings is good enough for 5th place in the Eastern Division. United has only 1 game this week, hosting Nashville SC on Saturday. It will be televised by BSSE.

The Atlanta Dream of the WNBA will appear on TV and/or Streaming Channels three times this week. The Dream, now 1-2 on the young season, is coming off an 83-79 victory over the Indiana Fever on Friday. Atlanta will appear on the CBS Sports Network, BSSE and Amazon Prime during the week.