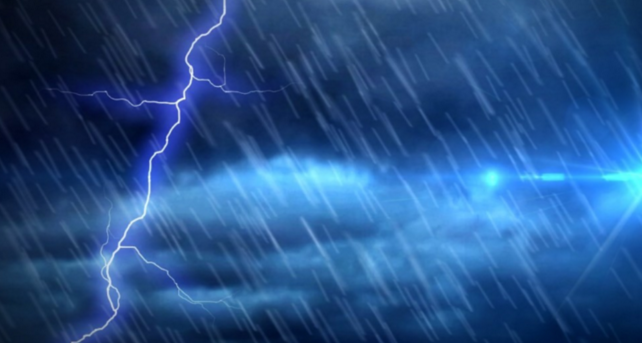 Another round of strong thunderstorms is possible this afternoon in Coweta County, says the National Weather Service in Peachtree City.

Numerous showers and thunderstorms are expected today with rain chances listed at 70 percent this afternoon and 60 percent tonight. A few strong storms are possible with the main hazards being gusty winds, locally heavy rainfall and frequent lightning strikes, mainly during the afternoon and evening hours.

An isolated severe thunderstorm cannot be ruled out with damaging wind gusts being the primary severe weather hazard.

Below is the forecast for today and tonight:

Today – Showers and thunderstorms likely, mainly after 2pm. Partly sunny, with a high near 85. West wind 5 to 10 mph, with gusts as high as 15 mph. Chance of precipitation is 70%. New rainfall amounts between a quarter and half of an inch possible.

Tonight – Showers and thunderstorms likely, mainly before 8pm. Mostly cloudy, with a low around 69. West wind around 5 mph. Chance of precipitation is 60%. New rainfall amounts between a tenth and quarter of an inch, except higher amounts possible in thunderstorms.