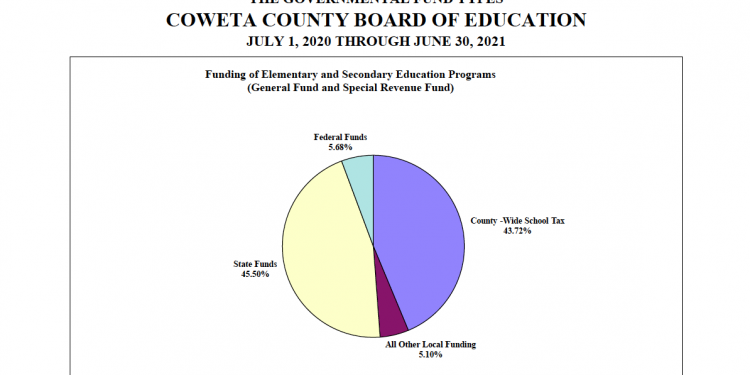 The FY 2021 budget reflects a decrease of approximately $2,146,000 from the school system’s FY 2020 budget adopted in June, 2019. The budget does not project an increase in the local property tax rate of 18.59 mills. The Board of Education has maintained an 18.59 mill property tax rate since first setting it in 2004.

Tuesday’s vote was the second formal vote on the new year’s budget.  It follows two budget workshops held by the school board on June 2 and 9, and tentative approval at a called meeting on June 16.

The FY 2021 budget approved Tuesday achieves several goals of the school board, including:

· Avoiding furloughs of personnel or reductions in staff for the upcoming school year.  The system has scheduled two potential furlough days on March 19 and June 3, to be used only if the downturn in state revenues worsens during the upcoming fiscal year.

· Passing on step increases for employees, where due, if approved by the state. No cost-of-living raises for personnel are budgeted for the upcoming year.

· Absorbing an anticipated 14 percent reduction in state revenues projected for the upcoming school year (estimated at an approximately $16.7 million reduction in state funding for Coweta schools in the coming year) and an anticipated $2 million decrease in local revenues due to an increase in school system property tax exemptions for senior citizens that goes into effect this year.

The FY 2021 General Fund budget of $220 million is funded principally by state revenues and local property tax revenues. The budget approved Tuesday anticipates an overall decrease in state funding during the coming fiscal year, and maintenance of the current 18.59 mill local property tax rate with 15 percent in anticipated growth in the local tax digest. The General Fund budget includes the largest portion of funding for instruction and pupil services, maintenance and operation of schools, transportation, and other operational costs.

In addition to the General Fund, there were three other components approved by the board as a part of its total FY 2021 budget.

These include $27,019,153 in expenditures from Special Revenue Funds, which account for special federal programs such as Title I, federal lunch programs, and IDEA.

Also included is $64,763,014 in expenditures from Capital Projects Funds, which accounts for construction and other capital expenditures during the year. School construction is funded principally by revenues from the Educational Special Purpose Local Option Sales Tax (ESPLOST). The system also receives some state funding for construction.

Since the school system retired all outstanding bonds in 2013, no expenditures are required in the system’s Debt Service fund in FY 2021.

At the June 30 meeting, the Board also formally adopted an amended fiscal year 2020 budget of $314,835,733.  This formal approval includes all activity throughout the year and federal programs such as Title I and I.D.E.A. 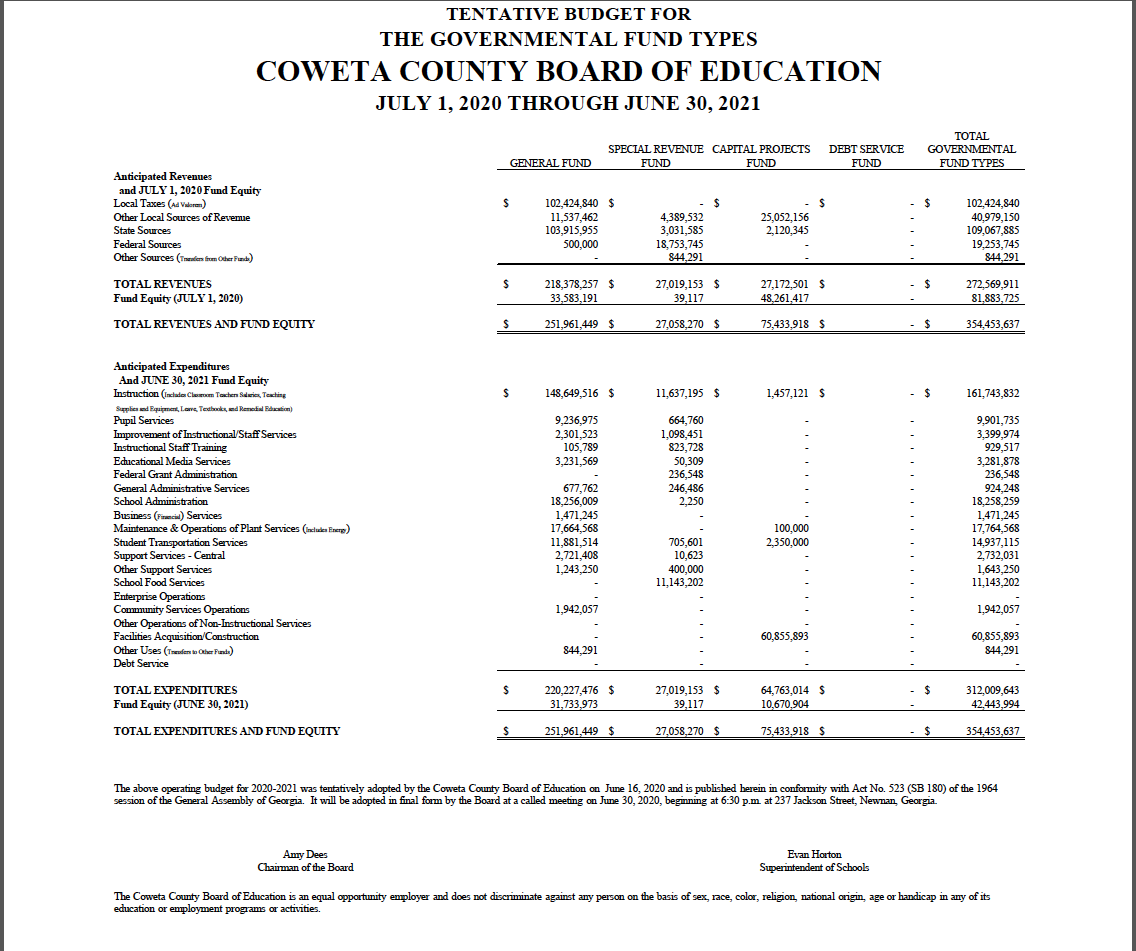