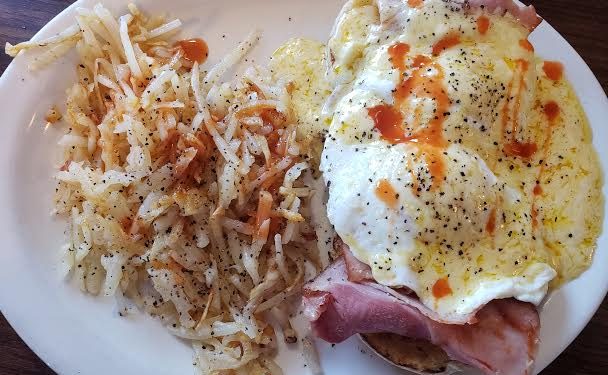 (The Chefs column highlights our local culinary masters. They share a recipe that has a lot of meaning to them and, thankfully, how to make it (well, at least most of it). This month’s chef is Christy Crosier, proprietor of Christy’s Cafe.)

When I was a teenager I started working at Gus’sJackson St. Grille. I got to know a lot of people in the community, but decided at some point to go back to school as I was wanting more and just trying to find my place in the world.

I had a couple of jobs in the administrative field but never felt like it was what I wanted to do. The place I had worked at for so long had moved to LaGrange and I worked there for a while. But I knew there was a need for a place like mine in Newnan.

I truly have a passion to feed people, which is the foundation of Christy’s Cafe. We opened in 2010 on Perry Street, and have since moved to Jackson Street to the old house which I believe really matches what we bring to the table. 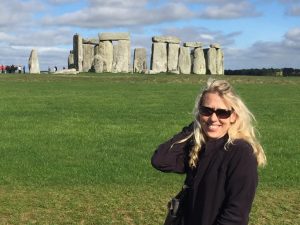 (Publisher’s note. When Youngest SON of Thunder eats at Christy’s and breakfast is still being served, there is only one dish he will eat. The waitresses don’t even bother bringing him a menu. Just keep your fingers away from hisplate when he’s eating the following:)

Toast the English muffin while also warming the ham in a skillet. Place warmed ham on each side of the split muffin. Then add the eggs.

The original way is to poach the eggs, but I find that less flavorful so I make them over easy. Just fry them in a skillet, flip them and continuing cooking for about a minute. You want the yolk to still be runny as this adds flavor. Place the eggs on top of the ham and then top with the hollandaise sauce. (some sauce secrets must remain secret)

When making this at home I recommend that you use a hollandaise sauce packet you can get at the store for better consistency, and you can add water and butter too as needed.

I get fresh shredded potatoes from one of our food vendors and just grill them up with some oil. We serve them on the side with the Eggs Benedict.