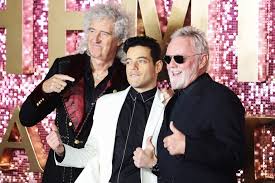 The Nutcracker and the Four Realms – No Fix 5/10

Despite fabulous production design that is coupled with top-notch special effects, the best sequences in “The Nutcracker and the Four Realms” center on two wonderful ballet sequences. The Disneyesque narrative falls flat.

It’s Christmas Eve, Clara (Mackenzie Foy) and her two siblings are lamenting the loss of their mother.  Their father, Mr. Stahlbaum (Matthew Macfadyen), having trimmed the tree, offers them each a gift that their mother wanted them to have prior to Christmas Day.  Clara gets an ornate, golden egg, but no key to open it. A clever girl, she turns to her tinkerer grandfather, Drosselmeyer (Morgan Freeman), for help. Eventually, in search of the key, Clara escapes into a fantasy world of toy soldiers, magical mice, and, of course, a fearless nutcracker.

Foy is excellent in the lead, but she seems to be in a completely different movie than those around her.  And while Keira Knightley certainly does her best with the role of Sugar Plum, it all feels rushed as the momentum of the action takes over.  Knightley is required to be a screechy here, which will grate on viewer’s patience.

Helen Mirren plays Mother Ginger.  And the great Oscar-winning actress gets involved in the battle that brings the film to a close, and this is fun, but has little credible tension.  “The Nutcracker and the Four Realms” might contain potentially dazzling set pieces, but none of them seem to have enough weight to hold the consistent interest of sophisticated viewers.  This makes the movie fine viewing for little ones, but it will likely bore their parents.

Director Luca Guadagnino may have been the wrong guy to tackle the remake of Dario Argento’s horror classic “Suspiria.”  Guadagnino, who last year gave us the wonderful “Call Me By Your Name,” leans heavily into the arty elements of the source material with inconsistent results.  This artistic approach yields some interesting images and sequences, including one of the most repulsive kill scenes I’ve ever watched, But, as a whole, the film is a failure.

The narrative has a young American dancer named Susie Bannion (Dakota Johnson), traveling to Berlin in the 1970s to join a dance school run by Madame Blanc (Tilda Swinton). The school is really a front for a coven of witches.  The naive Susie might be part of some kind of master plan. Meanwhile, Patricia (Chloë Grace Moretz), one of the school’s former dancers, is being treated by Dr. Josef Klemperer (also played by Swinton in heavy costume and makeup) for what might be a delusion disorder.  But Dr. Klemperer isn’t so sure that Patricia’s delusions are all just in her head.

The 1977 original “Suspiria” was an odd one, featuring strange over-dubbing, a heavy synth score, a laughably bad puppet but potent bat attack, creepy characters, an attic crawling with maggots, and sumptuous, vivid production design. That film has a terribly dated ending, but one that made some sense.  Guadagnino’s version, which is a complete rewrite by David Kajganich (who is next writing the new “Pet Sematary”), is almost indecipherable. The conclusion is ludicrous.

While insightful and authentic, Jonah Hill’s exploration of the experiences of a teen in the mid 1990s is also disturbing.

The punching bag for his older brother Ian (Lucas Hedges), 13-year-old Stevie (Sunny Suljic) is searching for his place in the world.  Ian is angry and confused, abusively venting his frustration on his little brother. After being rejected by Ian, Stevie seeks friendship in an interesting group of teens he sees on the street. Stevie joins them at a local skate shop that is group’s hangout.  In time, the boy is befriended by the youngsters, learning to skate, but picks up their bad habits in the process.

Written and directed by actor Jonah Hill (his feature directing debut), “Mid90s” adopts a cinéma vérité approach that reinforces the authenticity of the events.  Shot in the 4:3 aspect ratio, we see the kids being kids, as if we are a fly on the wall. A word of caution is in order, however. The mature material is not intended for younger viewers, like tweens.

Despite criticism that the script fails to capture the true story of legendary rock band Queen and its enigmatic frontman Freddie Mercury, few can deny that “Bohemian Rhapsody” is really a fun movie.  Wearing its PG-13 rating proudly, this soft biopic is aimed directly at a younger generation that have rediscovered Queen in high school chorus class.

Likely to be recognized this awards season for Rami Malek’s uncanny performance as Mercury, “Bohemian Rhapsody” gives us a sanitized history of the super group as they rose to greatness.  We meet the foursome, composed of Mercury on vocals, John Deacon (Joseph Mazzello) on bass, Roger Taylor (Ben Hardy) on drums, and lead guitarist Brian May (Gwilym Lee). As if by magic, we see them compose the operatic rock anthem “Bohemian Rhapsody,” and we see them fight to get the long and unusual song released.  It’s all very entertaining, but this upbeat material plays against the darkness that eventually consumed Mercury, who was only able to find peace at the very end of his life.

Likely to be billed as this year’s “The Help,” “Green Book” is hugely entertaining.  Based on a true story, the film follows the evolving relationship between Italian-American bouncer Tony Lip (Viggo Mortensen) and classical pianist Don Shirley (Mahershala Ali). The two men go on a musical tour through the Deep South in the 1960s.  Shirley hires Tony, because he has an uncanny ability to handle difficult situations. And given the racially charged times, Shirley can certainly use Tony’s muscular methods. They learn from each other over the two-month tour, as they are forced to confront intolerance.

Both performances are award-worthy.  Mortensen, who gained weight for the role, is absolutely fantastic as the lug-headed, but street-wise tough guy.  And Oscar-winner Ali could very well find himself nominated again, playing the refined musician. This is really a wonderful movie, and it’s directed by Peter Farrelly, one-half of the comic directing duo that brought us “There’s Something About Mary.”

Santa Is Coming Back To Town on ...