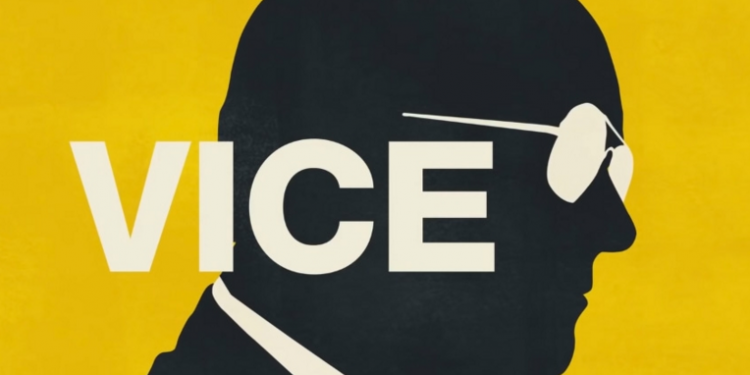 Below are reviews of several big-screen options you’ll have during the month of January as well as release-dates of other films.

On the Basis of Sex – Fix – 7/10
“On the Basis of Sex” focuses on the early life of popular Supreme Court Associate Justice Ruth Bader Ginsburg from her law school days through her first case before the Supreme Court. Unlike other more ambitious and less successful biopics, the focus here is narrow, pinpointing the first big case that helped take Ginsburg from the classroom to the courtroom.  And director Mimi Leder smartly doesn’t try to tell RBG’s entire life’s story. After all, that life is very much on-going, and there’s more story to be written.

Vice (review) Fix – 7/10
With “Vice,” the spirited, stunt director Adam McKay, who brought his energetic brand of filmmaking to “The Big Short” in 2015, tackles a single, infamous subject in former Vice President Dick Cheney (played by Christian Bale).  While this one is hugely entertaining, it is important to understand that much dramatic license is taken with the facts. “Vice” is likely to be recognized more for Bale’s uncanny performance than for the film itself.

Aquaman – Fix – 6/10
Pouring loads of dude-bro “hell yeah” into a clunky, labored narrative helps bring balance to an otherwise visually striking superhero yarn. More fun than impactful, “Aquaman” is great to look at, but tough to buy narratively.  A lot is going on, with constant underwater travels from kingdom to kingdom and a host of eclectic and threatening characters. While there is an epic feel, the constant stream of tongue-in-cheek humor fails to gel with the heavier issues presented.

Mary Poppins Returns –  Fix – 8/10
While this sequel to the 1964 Oscar-winning musical classic “Mary Poppins” is truly a tremendous effort by all involved, “Mary Poppins Returns” falls just short of being Supercalifragilisticexpialidocious.  Still, high praise is in order as Emily Blunt, taking over nanny duties from Julie Andrews, gets the spunky attitude down. And she receives fantastic support from award-worthy Lin-Manuel Miranda, as the all-knowing chimney sweep. A cheery, vibrant musical, “Mary Poppins Returns” is a delightful family fantasy.

The Southeastern Film Critics Association Best Of 2018
Netflix’ “Roma” led the list of a diverse group of southeastern film critics (known as “SEFCA”) winning four awards including best film, best foreign-language film, best director, and best cinematography.  This bodes well for Alfonso Cuarón, who wrote, directed and shot the movie himself. Look for multiple Oscar nominations for this fantastic and artful film that you can watch right now on Netflix.

In a surprise, the twin titans from “The Favourite,” awards frontrunners Rachel Weisz and Emma Stone, lost to Regina King for best supporting actress.  Playing the matriarch of an African American family in 1970s New York City, King is the anchor of “If Beale Street Could Talk,” Barry Jenkins’ very deliberate and important follow-up to his Oscar winner “Moonlight.”

The list of the top ten films of 2018 is below.  For more information about SEFCA, visit the association’s website, where you can learn about members and review past year’s winners: https://www.sefca.net/

January 11
A Dog’s Way Home – A canine adventure in which a dog travels over 400 miles to reunite with her owner.

January 18
Glass – Possibly the most exciting film of the month, “Glass” is the third in a long-awaited trilogy that was introduced by 2000’s cult favorite “Unbreakable.”  In this installment, David Dunn (Willis) combats both Wendell Crumb (James McAvoy), the multiple personality beast from “Split,” together with a re-emerged Glass.

January 25
The Kid Who Would Be King – The whimsical story of a band of kids engaged in an epic quest to defeat a medieval menace.  Rebecca Ferguson (“Mission Impossible – Fallout”) and the great Patrick Stewart co-star.

Jonathan W. Hickman is an entertainment attorney, filmmaker, college professor, and novelist. More about Jonathan can be found by visiting https://filmproductionlaw.com/.