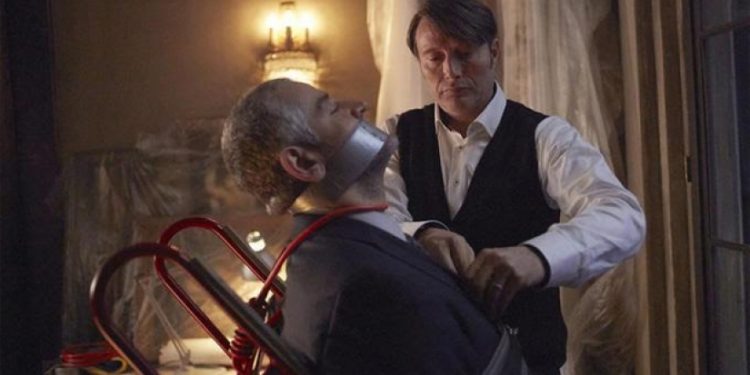 What to Binge: Dark Tourist (streaming now) – This odd travel series is addictive.  Presented by New Zealand filmmaker David Farrier, the documentarian who brought us the weirdly entertaining film “Tickled,” “Dark Tourist” explores places where most people would never want to go.  For example, Farrier and his team travel to Columbia and go on a Pablo Escobar tour run by one of the drug kingpin’s surviving assassins. They even travel to Japan to take part in nuclear tourism, visiting places that have been evacuated due to radioactive contamination.  The show is fun, if a bit macabre, and shows us places we are not likely to ever visit, especially on vacation.

Worth Checking Out: Maniac (September 21) – This trippy looking limited series from filmmaker Cary Joji Fukunaga (“Beasts of No Nation”) stars Jonah Hill and Emma Stone as participants in a strange pharmaceutical trial that does not go according to plan.

What Movie to Watch: Hold the Dark (September 28) – Just based on director Jeremy Saulnier’s filmography (see “Green Room” and “Blue Ruin”), I’m highly interested in seeing this one.  But after watching the pulse-pounding trailer, I’m even more excited to watch it. “Hold the Dark” is about a missing boy in a frozen wilderness presumed to have been taken by wolves.  But when the boy’s mother (Riley Keough) retains the services of a writer named Russell Core (a bearded Jeffrey Wright) to track and kill the wolf responsible, a mystery is uncovered. And things become more difficult when the boy’s father (Alexander Skarsgård) returns from a tour overseas and ups the violence quotient. Expect this one to be twisty and frightful.

What to Avoid: The Hurricane Heist (September 26) – Charting at a 44 percent rotten rating on Rotten Tomatoes, this wild film from “The Fast and the Furious” director Rob Cohen has been lampooned on the popular podcast “How Did This Get Made.”  The story is pretty much summed up in the title, and features a heist from the US Treasury during a Category 5 hurricane. The eclectic cast might give you pause, but there are plenty of better films online to check out.

What to Binge: Hannibal (series streaming now) – If you missed this excellent television series when it was briefly on, you’re in luck, all three seasons are streaming on Prime.  Based on the Thomas Harris (“Silence of the Lambs” and others) universe, this series focuses on a younger Hannibal (an excellent Mads Mikkelsen), as he develops a relationship with FBI profiler Will Graham (Hugh Dancy).  This one is delicious.

What Movie to Watch: Blow Out (September 1) – One of director Brian De Palma’s best films, and the one to watch over “Scarface,” it also features an excellent early performance by John Travolta.  When Jack (Travolta), a sound recordist, accidentally records a car wreck that takes the life of a politician, his audio becomes evidence in a murder investigation. Of course, only Jack believes that the accident was actually a murder.  Determined to solve the mystery, Jack teams up with a prostitute (played by the great Nancy Allen), at the center of the controversy, to catch the killer. John Lithgow is frightening as a secret agent type who goes absolutely crazy. The ending is epic.

What to Avoid: Bolero (September 1) – This was another of director John Derek’s leering films that exploited his wife and sex symbol Bo Derek. Previous entries in the Derek sleazy canon included “Tarzan the Ape Man” and “Fantasies.”  “Bolero” is set in 1920, and concerns a young woman (played by the then 28 year old Bo), looking to lose her virginity, which takes her, of course, to Morocco, where she is romanced by an impotent bullfighter. Utter trash!

What to Binge: Harlots (Streaming Now) – This saucy period set drama has Samantha Morton playing Margaret Wells, a brothel owner in London.  Wells runs a profitable business, but the nature of it does get in the way of parenting her daughters. Sex and violence and intrigue follow in this excellent series that also stars the terrific Lesley Manville.

What Movie to watch: Happy-Go-Lucky (September 6) – Back before she garnered two Oscar nominations, Sally Hawkins (see “The Shape of Water”) surprised us by playing Poppy in Mike Leigh’s charming “Happy-Go-Lucky.” Poppy is a schoolteacher with a very big heart and an infectious smile.  She struggles though to keep her cheery disposition as she deals with the seriousness of those around her. Some of the best scenes are between her and her driving instructor Scott (Eddie Marsden), who has major anger issues.

What to Avoid: Suburbicon (September 28) – Given the other quirky offerings available on HULU this month (like “Moonrise Kingdom” and “Rushmore”), this misguided film, from director George Clooney and written by none-other-than Joel and Ethan Coen, shouldn’t be your first choice.  Set in the 1950s, a suburban community is turned upside down after a home invasion. The cast is strong with Matt Damon and Julianne Moore.

With “American Chaos,” documentary director James D. Stern (“The Year of the Yao”) inadvertently puts a human face on the Trump fan. In this entertaining and informative political film, we get both scary and normal Trump supporters.  The cameras follow Stern as he attends the 2016 Republican convention, later visiting with several Trump supporters in Florida and other parts of the country. And some of the supporters of one of the most divisive presidents in history put forth reasonable arguments in favor of their political leanings.  What is clear from the movie is that politics these days is more concerned with entertainment and theater and less worried about the issues. Liberal filmmaker Stern does well to capture people on both sides, while he tries to make an argument for more civility in the process.

The House with a Clock in Its Walls

This big budget release was shot in Newnan.  “The House with a Clock in Its Walls” was directed by Eli Roth (“Hostile”), who here takes on family-friendly material, while still remaining somewhat comfortably in the horror genre.  The story is about an orphaned boy named Lewis Barnavelt (Owen Vaccaro), forced to live with his uncle Jonathan (Jack Black). As strange things start to happen, Lewis teams up with his uncle and another magical friend (played by Cate Blachett) to find a clock hidden in the walls of a house in order to prevent the end of the world.

The By Location Calendar – September 2018