The Film Fix: What’s in Theaters, streaming in April 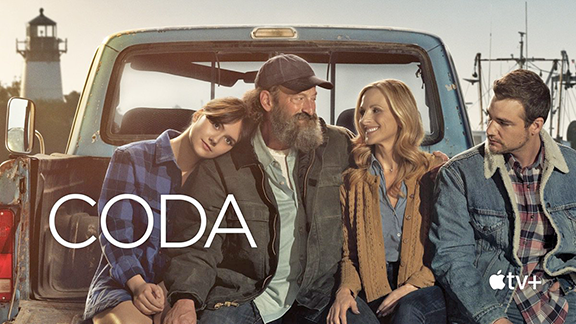 Fantastic Beasts: The Secrets of Dumbledore (April 15) Fix Rating 6/10 – The third installment in the “Fantastic Beasts” series is an improvement over the 2018 sequel, “The Crimes of Grindelwald.” Highlighted by Dan Fogler’s sensitive portrayal of muggle Jacob Kowalski, “The Secrets of Dumbledore” feels very much like the end of the line for this series that is a spin-off of the “Harry Potter” universe.

Fans will get their fix as a middle-aged Dumbledore (Jude Law) fights the maniacal Grindelwald (Mads Mikkelsen stepping into the role previously occupied by Johnny Depp). While the political machinations surrounding the balance of power in the wizarding world tease an epic showdown, it’s hard to ignore the scaled-down aspects of the production (perhaps, a COVID necessity) that make the narrative more personal but also give it a less grand visual impact.

The dense story requires some level of exposition that makes the film a bit talky at times. The “say it, don’t show it” approach flows into the improbable final act involving what amounts to melodramatic palace intrigue. Of course, given the significant acting talent involved, the characters, including series hero Newt Scamander (Oscar-winner Eddie Redmayne), are entertaining so long as you do your homework before taking in this episode.

Director David Yates returns to complete this trilogy. His presence in the franchise, having shepherded the concluding four “Harry Potter” films, does give this movie a steady and familiar visual look and narrative pace. Author J.K. Rowling cedes the final screenplay duties to writer Steve Kloves (the “Harry Potter” screenwriter who was Oscar-nominated for “Wonder Boys”). Kloves’ work here is welcomed, but it is hard to shake the clunky bureaucratic politics that resolve the power struggle at the film’s center.

Apollo 10 ½: A Space Age Childhood (April 1) – Writer/director Richard Linklater (see “Boyhood” and “A Scanner Darkly”) returns to animation with “Apollo 10 ½” A Space Age Childhood.”  This whimsical coming-of-age story takes place in Houston, Texas, in the summer of 1969. The fantasy aspects concern a boy serving as a pilot for a lunar module that’s been built too small. The science-fiction elements provide Linklater, a consistently talented and sensitive storyteller, with a fun way to explore the time and place through the eyes of a child.

One moment he’s a ruthless American mercenary, and the next, he’s a timid Brit who works in a museum gift shop. But, secretly, he’s an avatar for a powerful, exiled Egyptian god who gives him superhuman abilities. Ethan Hawke plays a former avatar who is now attempting to revive another being for possibly nefarious purposes.

Four episodes into the show, it is nearly impossible to understand what the devil is going on. Action sequences are disjointed and confusing as they are constantly interrupted by the hero’s conveniently shifting disorder. And the jumps in location seem almost as incredible as the powers possessed by the title superhero. Beware a major narrative leap in episode four that will either be embraced or rejected by viewers.

“Moon Knight” is a strange show with shades of FX’s “Legion” (another Marvel property). While I did not respond to it, I suspect that it will have its supporters, as MCU fans will jump at the chance to watch something from Marvel and Disney that is genuinely different.

The Flight Attendant (Season 2) (April 21) – The first two episodes drop on April 21, the next two on April 28, and then one per week until May 26 for an eight-episode second season. The simply irresistible Kaley Cuoco slips back into her flight attendant uniform as the playful misfit, alcoholic Cassie Bowden. After surviving international intrigue in season one, Cassie is sober and has moved to LA, where she continues her work flying the “friendly” skies. It’s that work that will inevitably lead to murder and mayhem. And, as she says in the season two teaser, bad things are bound to happen if she takes just one drink.

I’m looking forward to watching those bad things unfold in this series, season one of which proved to be a delicious guilty pleasure.

CODA (Now Streaming) – While the big Oscar night was marred by the slap heard around the world, Apple quietly became the first streamer to take home the Academy’s top prize. While the other nominated films, including Paul Thomas Anderson’s marvelous “Licorice Pizza,” were all worthy of consideration, “CODA” would be a perfect entry to the streaming service.

The film won three Oscars, including Best Picture, Best Adapted Screenplay (for director/writer Sian Heder), and Best Performance by an Actor in a Supporting Role (for Troy Kotsur). The story follows the Rossi family with one hearing member named Ruby (Emilia Jones), a child of deaf adults. The Rossi fishing business is threatened when Ruby considers leaving home to pursue singing in college. “CODA” is a unique moving account of a family in transition.

Outer Range (April 15) – Josh Brolin leads this mystery series set on the edge of the Wyoming wilderness. The trailer yields little insight into the enigmatic story, but it feels like something sinister is afoot as Brolin plays family patriarch Royal Abbott wrestling with inner demons. Lili Taylor plays Brolin’s wife Cecilia and Imogen Poots (see “Green Room”) is also in the cast. While the trailer’s ominous vibe veers into the horror genre, I suspect this one could be embraced by “Yellowstone” fans.

For folks who don’t want to subscribe to the endless number of streaming services that manifest themselves each and every month, there are services like Tubi that offer programming for free, so long as you watch the commercials. This traditional advertising-supported platform features some 40 thousand movies and television shows and even a growing amount of original programming.

A few of this month’s films include:

Titanic 666 – While production company The Asylum isn’t known for award-winning dramatic material, their mock-buster approach has gained a reputation for laughably entertaining projects that appear to be parodies of Hollywood platform releases. There was no trailer for this one available, but “Titanic 666” reportedly follows the launch of Titanic III on the 110th anniversary of the Titanic’s fateful journey. Naturally, bad things happen when the new ship reaches the site of the original wreck.

Lord of the Streets – Anthony “Treach” Criss (see “Equal Standard”) plays MMA trainer Jason Dyson, whose daughter is kidnapped by a gangster. Quinton ‘Rampage’ Jackson and Eric Roberts are in the cast.

Corrective Measures – Notable as one of Bruce Willis’ last films before he stepped away from acting for health-related concerns, “Corrective Measures” is a futuristic action movie set in a maximum-security prison inhabited by super-powered criminals. The story is based on a graphic novel by Grant Chastain. “The Flash” star Tom Cavanaugh and “The Walking Dead’s” Michael Rooker are in the cast.

Everything Everywhere All at Once (April 8) Fix Rating 8/10 – Actress Michelle Yeoh delivers a career-best performance in “Everything Everywhere All at Once,” possibly one of the most inscrutable cinematic experiences in recent memory. The film is a kaleidoscope of wild imagery built around the story of laundromat owner Evelyn (Yeoh), who’s behind on her income taxes.

When Evelyn and her husband Waymond (Ke Huy Quan, Short Round from 1984’s “Indiana Jones and the Temple of Doom”) visit an IRS building to discuss their delinquent obligations, they find themselves trapped in a crazy hostage crisis. Evelyn’s wheelchair-bound father, Gong Gong (veteran actor James Hong), appears amused by the frenzied events. Is the old man hiding something?

Meanwhile, Evelyn’s daughter Joy (Stephanie Hsu) is at odds with her mother’s disapproval of her relationship with her girlfriend Becky (Tallie Medel). As things spiral, Evelyn discovers that she might be part of some kind of metaverse that permits her to acquire the extraordinary talents of beings from other planes of existence. This ability means that when confronted with militant forces, she can channel the skills (physical and otherwise) required to meet the challenge.

While the setup might sound ridiculous, writer/directors Dan Kwan and Daniel Scheinert (the “Daniels” responsible for “Swiss Army Man”) navigate the tricky narrative taking the viewer in unusual and completely unpredictable directions. And the story is imbued with a rich, authentic, engaging sentimentality that’s impossible to resist.

“Everything Everywhere All at Once” is a cinematic treat worthy of repeat viewing (on the big screen) to unravel the many layers of visual and emotional significance.