The Film Fix: What’s in Theaters, Streaming in March 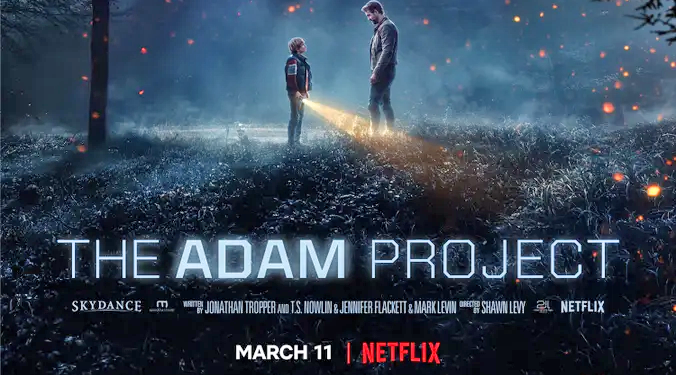 The Batman (March 4) – The latest iteration of the iconic DC comics dark knight anti-hero features “Twilight” heartthrob (and darned fine actor) Robert Pattinson as rich guy Bruce Wayne. While he public appears as a shameless but reclusive playboy in public, Wayne, as we all know, takes to the streets at night in an armored bat costume.

Trailers tease a dark, foreboding Gotham City with two threatening villains—the Penguin (an unrecognizable Colin Farrell) and the mysterious Riddler (Paul Dano). While the plot has been kept under wraps, the noir-inspired setting suggests a more grounded, gritty, purposely dour approach to the superhero genre. Given the mammoth success of the Oscar-darling “Joker,” audiences might embrace the angst-infused storytelling.

Zoë Kravitz appears as Catwoman; Jeffrey Wright is Commissioner Gordon, and Andy Serkis is a more youthful Alfred. The film is directed by Matt Reeves (see “Cloverfield” and “War for the Planet of the Apes”).

The Lost City (March 25) – Do a little homework before watching this one. “Romancing the Stone” is available on HBO Max. And having watched it in the last year, I can attest that even though it’s dated, it still holds up. Well, “The Lost City” appears to be an update of the same plot idea.

In “City,” Sandra Bullock plays a romance novelist kidnapped by a character played by none other than Daniel Radcliffe. The shapely but brainless model for her book covers (played by Channing Tatum) decides to rescue her from a jungle prison. When that doesn’t go well, a “real” hero (Brad Pitt) appears on the scene.

The story here is irrelevant. The cast sells this one easily. And despite the hunky Tatum and Pitt, I’m interested in seeing Radcliffe go toe-to-toe with them as a mustache-twirling villain.

The Adam Project (March 11) – Although Ryan Reynolds’ last two Netflix films were utterly forgettable, “Red Notice” was reportedly a hit for the streaming giant. “The Adam Project” promises family-friendly thrills as Reynolds plays the older Adam to Walker Scohell’s younger version in this science fiction, time-traveling adventure. Teaming up with his “Free Guy” director Shawn Levy, Reynolds plays a space pilot who returns to Earth to visit his younger self. Naturally, the idea is that the two will save the future. Jennifer Garner and Mark Ruffalo round out the cast.

Cheaper by the Dozen (March 18) – This is the third take on the material that first appeared in cinemas in 1950 and 2003. Gabrielle Union and Zach Braff play Paul and Zoey Baker (as in a baker’s… you get the idea). Their blended family includes ten children! The trailers promise adorable kid humor led by the two affable stars. “Cheaper by the Dozen” is directed by Oscar-nominated filmmaker Gail Lerner, one of the producers of the hit series “Black-ish.”

Winning Time: The Rise of the Lakers Dynasty (March 6) – The promotion of this limited series celebrates the excess of the 1980s in chronicling the rise of the successful Los Angeles NBA team. The massive cast is led by John C. Reilly playing flamboyant Lakers owner Jerry Buss, who won 10 league championships. Many familiar faces are featured, with Jason Segel appearing as iconic player and coach Jerry West. Mike Epps plays Richard Pryor, and new faces take on the famous basketball stars that took over the court in the glorious “Reaganomics” decade. Adam McKay (“Don’t Look Up”) is an executive producer and directs one episode.

Deep Water (March 11) – Now that Ben Affleck and Ana de Armas have split and Ben is back with JLo, “Deep Water” might end up a strange footnote. And it’s not promising that this film is going to Hulu instead of making an exclusive theatrical run.

“Deep Water” is an adaptation of a Patricia Highsmith novel (see “Strangers on a Train” and “The Talented Mr. Ripley”), and it’s directed by Adrian Lyne (see “Fatal Attraction,” “Indecent Proposal,” and others). Surprisingly, this is Lyne’s first film in twenty years, his last being the very solid “Unfaithful.” “Water” is a psychological thriller about a rich guy named Vic (Affleck) who lets his wife Melinda (de Armas) have affairs in hopes of avoiding divorce. When her lovers begin to disappear, all eyes are on Vic. This one sounds like a guilty pleasure to me.

The Last Days of Ptolemy Grey (March 11) – This series appears to be one of Apple’s most promising. Samuel L. Jackson plays the title character, Ptolemy Grey. Grey’s memory has faded, and he’s fading with it. When he’s taken to a mysterious doctor named Rubin (Walton Goggins), a procedure gives him back all his memories with vivid accuracy. But there’s a catch; the cure isn’t permanent. And before he loses his memories again, Ptolemy has a whole lot of things to do.

Upload (Season 2 – March 11) – It’s hard to believe that it’s been nearly two years since the first season of “Upload” debuted. I was a big fan of the story of Nathan (Robbie Amell) and Nora (Andy Allo) and their virtual almost romance. “Upload” is about Nathan, who is killed and his essence uploaded into a virtual world. Uploading is all the rage in the future, and the procedure allows a person to live forever virtually. Well, you can have a semblance of a life as long as the bill is paid. Season two looks to continue the cheeky but impactful sentimental nonsense, as Nathan and his living-breathing handler in the real world try to figure out how a digital man and a living woman can find love.

After Yang (March 4) – This one is available in limited theatrical release and on streaming on Showtime. Visionary filmmaker Kogonada (see 2017’s “Columbus”) writes and directs this science-fiction drama starring Colin Farrell and Jodie Turner-Smith (who burst onto the scene in the excellent “Queen & Slim”). “After Yang” is about a family damaged by the loss of their A.I. helper, Yang (Justin H. Min). Farrell plays Jake, the family patriarch determined to repair Yang and his broken family in the process.

Ultrasound (March 11) – This trippy sci-fi/horror mashup looks interesting. The nightmarish story follows Glen (Vincent Kartheiser), who spends a mighty strange night with a couple after his car breaks down. But what he thinks is real might just be in his mind. The plot cuts between different realities as a research team studies Glen using high-tech instruments. “Ultrasound” is the feature-directing debut of award-winning producer Rob Schroeder.

While the critics, including this one, are hopeful that Paul Thomas Anderson’s “Licorice Pizza” will take home the top prize, the race is likely between Jane Campion’s “The Power of the Dog” and Steven Spielberg’s “West Side Story.”  Even though I wasn’t a huge fan of the big musical remake by the iconic director, I wouldn’t be surprised if “West Side Story” gets the golden statue.

Benedict Cumberbatch should win best actor for his work in “The Power of the Dog.” And Kristen Stewart could be best actress for her portrayal of Princess Diana in the divisive “Spencer.”