The Film Fix: What’s Streaming and in Theaters during August 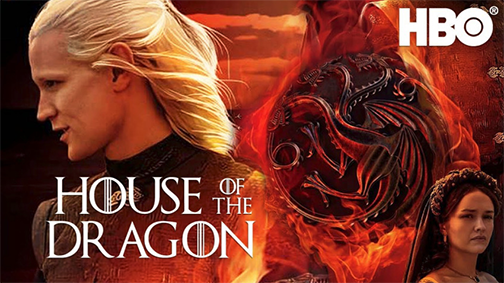 Bodies Bodies Bodies (August 5) – No Fix Rating 5/10 – Things go bloody wrong when a group of vacant hipsters gathers at a family mansion for a hurricane party. They drink and drug heavily until their pettiness boils over into paranoia and murder.

“Bodies Bodies Bodies” is an intentionally vacuous Gen-Z nightmare adapted from a story by Kristen Roupenian. While knives, hammers, swords, and a gun are in play, the most cutting weaponry are words cast about by the vicious young people whose jealousy runs wild and uncontrolled in a contained environment.

Sophie (Amandla Stenberg) and her new girlfriend Bee (“Borat Subsequent Moviefilm” breakout star Maria Bakalova) arrive at the isolated modern manor to find the liquor flowing and the drugs plentiful. The place is owned by the parents of insecure man-child David (a near tattoo-free Pete Davidson). His docile girlfriend Emma (Chase Sui Wonders) hangs onto him with little intention.

Other partiers include Alice (“Shiva Baby” star Rachel Sennott), who brought an older guy (40-something) named Greg (a chiseled Lee Pace) that she met on Tinder. Rounding off the cheesy gang is lonely Jordan (Myha’la Herrold), who has a past relationship with Sophie.

As the imbibing reaches a fever pitch, they play a game called Bodies Bodies Bodies. This childish contest has the players drawing slips of paper, one of which contains an “X.”  If you get the X, you’re the killer, and when the lights go out, you do what killers do. Of course, it’s supposed to be all make-believe, but someone decides to play by their own rules.

“Bodies Bodies Bodies” starts as a who done it without anyone actually dying and quickly devolves into madness as the partygoers drop one by one. Is one of them a murderer? Are all of them killers?

Some quick-witted dialogue and pretty bodies make this one almost bearable. Still, when the power is cut, and everything goes black, the narrative quickly becomes a chaotic, incomprehensible and ugly mess. Even at one hour thirty-five minutes, “Bodies Bodies Bodies” is repetitive and grated on my nerves. What’s worse is that the simplistic, straightforward storyline can’t seem to maintain the tension required to make the slasher/horror elements work.

House of the Dragon (August 21) – Let the games begin! HBO jumps early, releasing their fantasy dragon epic a couple of weeks before Amazon drops their own billion-dollar fantasy epic series, the Tolkien adaptation “The Lord of the Rings: The Rings of Power,” in September. Of course, HBO hopes that “Game of Thrones” fans will forget how that series ended and embrace this George R.R. Martin prequel. Set 200 years before the events in “Game of Thrones,” “House of the Dragon” focuses on the story of House Targaryen, the ones with the flying, fire-breathing scaly beasts.

The Sandman (August 5) – Netflix is also getting in on the fantasy with an adaptation of the comic book series “The Sandman” by Neil Gaiman (see “Good Omens”). The story has a metaphysical entity named Dream (Tom Sturridge) escaping from a wizard. Dream is the personification of dreams, and now that he’s out of his confinement, he’s looking for what was lost or taken from him. Note that “Game of Thrones” star Gwendoline Christie plays Lucifer. The cast also includes Boyd Holbrook, Patton Oswalt, David Thewlis, and another “Game of Thrones” alum Charles Dance.

See (season 3, the final, August 26) – If you missed this striking (but sometimes goofy) show, it’s easy to catch up with, given that there are only 16 episodes to date. The dystopian series, created by Oscar-nominated writer Steven Knight (see “Dirty Pretty Things”), makes for a solid binge. Jason Momoa plays the leader of a tribe who has lost their sense of sight, but all that changes when twins are born who can, you guessed it, see. Season 2 added Dave Bautista.

The Old Man (FX series available now on Hulu) – Fix Rating 8/10 – I was late to catch this show, but I’m glad I checked it out. Jeff Bridges plays a secret agent pulled out of retirement against his will to settle an old score. He’s hunted by an aged colleague played terrifically by John Lithgow. “Search Party” star Alia Shawkat is also in the cast. It’s a slow, meditative series, at times, but it’s punctuated by brutal moments of bone-crunching action.

Prey – Fix Rating 8/10 – Just when you thought there was nothing left to explore in the “Predator” series, we get the fantastic surprise “Prey.”  Set 300 years before the events of the original “Predator” film, this prequel has the Comanche Nation under siege from another extraterrestrial hunter.

What’s interesting about this outing is that we know all the beats, but director Dan Trachtenberg (see “10 Cloverfield Lane”) makes them fresh. Key to this film’s success is star Amber Midthunder, who defies her small waif-like frame to become a formidable opponent in this cat-and-mouse affair. And “Prey” gets points for its breezy running time that bigger budgeted wannabe blockbusters should emulate.

Thirteen Lives (August 5) – Ron Howard directs this adaptation of the true story about the harrowing rescue of the young boys’ soccer team trapped in a cave in Thailand. The story is an amazing and inspirational one and was chronicled terrifically in last year’s documentary “The Rescue.”  “Thirteen Lives” has a brilliant cast, including Colin Farrell, Joel Edgerton, and Viggo Mortensen.

Bullet Train (August 5) – Who can resist watching Brad Pitt as an action star? We saw him earlier this year as a silly but fun hero in “The Lost City.”  But the trailers for “Bullet Train” tease something with a harder edge. The story concerns five assassins seeking the same target aboard a fast-moving train. David Leitch (“Atomic Blonde” and “John Wick”) directs, and the impressive ensemble cast includes Joey King, Zazie Beetz, Aaron Taylor-Johnson, Michael Shannon, and “Atlanta’s” Brian Tyree Henry.

Ali & Ava (August 23) Fix Rating 8/10 – Writer/director Clio Barnard (see “The Essex Serpent” and “The Arbor”) gives us a lovely musical romance with “Ali & Ava.” The story has Ali (Adeel Akhtar), who is separated from his wife, falling for single mother Ava (Claire Rushbrook, see “Secrets and Lies”). Given their cultural differences, their families are none-too-thrilled with the clandestine relationship that they struggle to keep hidden. But love finds a way.

Music is a critical component of the film, as the soundtrack would make a perfect playlist. But the songs are carefully interwoven into the engaging narrative in a unique way, as Ali tries to reestablish his DJ roots and Ava shares her love for country and folk tunes. We see their love grow on screen in an authentic way rarely captured so sensitively.

The Music: Local and Live in August