The Film Fix: What to watch on Netflix, Amazon Prime this month 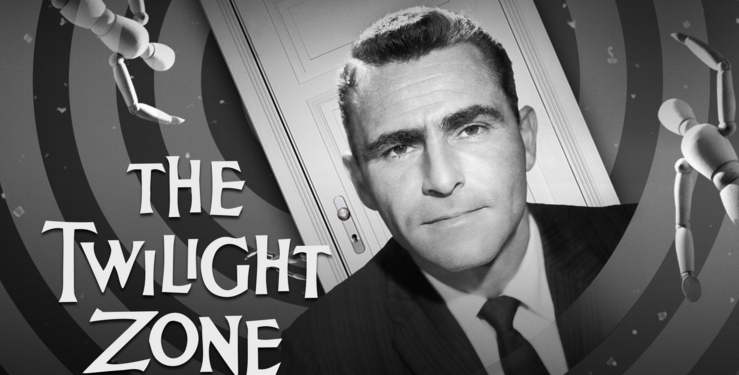 Below are reviews of both big-screen and streaming options you’ll have during the month of March.

How to Train Your Dragon: The Hidden World (review)
Training continues, as the baggy final “Dragon” installment manages to marginally capture some of the magic of the franchise.

Dragon fatigue is hard to shake in this presumably last “How to” film.  What once was endearing will still resonate with little ones, while older viewers might groan as the bulk of “The Hidden World” leans heavily into uninventive slapstick and forced cute.  This third and final theatrical outing lacks the tension and danger that made the first two movies pull authentically at your heart strings.

This time around, Hiccup (voice of Jay Baruchel) is securely in place as the undisputed leader of island of Berk.  His people have fully embraced life with dragons, but this new lifestyle has led to overcrowding. Rather than expanding onto the other parts of Berk, Hiccup proposes that they pick up and leave in search of a hidden, mythical land.  Of course, this move becomes immediately necessary when Hiccup and his dragon-freeing clan draw the ire of a fearsome group of dragon trappers. And the trappers retain the ruthless services of a dragon killer named Grimmel (voice of F. Murray Abraham).  It’s Grimmel that promises to capture or kill Hiccup’s protector Toothless and deliver Berk’s entire flock of scaly beasts into the arms of the trappers.

Even though the bulk of “Hidden World” wallows in tiresome slapstick battle sequences, thankfully, there’s just enough of the old meaningful sentiment to warm our hearts.  This is especially on display in the film’s closing moments, which remind us why we fell in love with the dragon fantasy in the first place. This franchise is about training, after all, and not just training dragons, because people have a lot to learn as well.

What to Binge: The Umbrella Academy (streaming now) – This 10-episode series is a cut above the typical television comic book fare.  Based on the Dark Horse Comics limited run (that may release a forth limited comic book series soon), “The Umbrella Academy” follows a family of superheroes brought together by adoption, when eccentric, monocled billionaire Sir Reginald Hargreeves collects them all as children seemingly at random.  Taking place in various time periods, in what is obviously an alternate reality to our own, we see the children as they grow into the superheroes, only to become estranged in their early 20s. But when their father dies, they reunite and discover that some kind of menace threatens their very existence.  Featuring excellent production values and unique performances (Mary J. Blige, for example, is great as an unstoppable contract killer named Cha-Cha), “The Umbrella Academy is utterly bingeable.

What Movie to Watch: Junebug (2005), dropped March 1, director Phil Morrison’s North Carolina set dramedy has been a favorite of mine since I saw it years ago at the Sundance Film Festival.  The story has a Chicago art dealer (Embeth Davidtz) traveling to meet her in-laws in the South. Once there, tensions erupt as family issues are explored. “The Walking Dead’s” Scott Wilson delivers a thoughtful performance as a caring father, and Amy Adams received her first Oscar nomination for best supporting actress.

Movie of Note: Netflix original movie “The Boy Who Harnessed the Wind” is available March 1.

What to Avoid: Immortals (2011) – This attempt to capitalize on “300” style effects and action fell flat as future Superman Henry Cavill flexes his muscles playing Theseus clashing with King Hyperion (Mickey “freaking” Rourke).  This one is by director Tarsem Singh, who gave us the visually striking “The Fall,” but despite all his talents, can’t seem to find a suitable narrative upon which to ply them.

What to Binge: The Twilight Zone (complete original series) – With the Jordan Peele hosted reboot dropping on April 1 on CBS All Access, Amazon Prime offers us a chance to get a taste of the classic.  Running from 1958 until 1964, “The Twilight Zone” was a ground-breaking anthology series that combined drama, science-fiction, and horror into, at times, one single memorable episode.  Created by the late Rod Serling, it’s a brand that has been revisited both on television and in the movies, and with good reason—important, provocative story-telling.

Series of Note: Hanna (season 1 March 29) – The trailers look great for this television adaptation of the excellent 2011 movie directed by Joe Wright that starred the young Saoirse Ronan.

What Movie to Watch: Cold War (March 22) – Nominated for 3 Oscars this year, “Cold War” was one of the best films of 2018.  Directed by Pawel Pawlikowski (see “Ida”), this heart-breaking and classic love story has Zula (Joanna Kulig) and Wiktor (Tomasz Kot) engaged in a forbidden romance.  They meet when Wiktor is assembling a dance and music traveling show. He’s immediately enchanted by Zula, a beautiful singing talent. But when she fails to join him in defecting to France from communist Poland, Wiktor’s life is upended.  The narrative spans decades as these star-crossed lovers come together and are pulled apart by their own emotional fragility and the horrors of communist oppression. It’s an almost perfect film shot in brilliant black and white by ace cinematographer Lukasz Zal.

Movie of Note: The Creepy Line (2018) – You’ll want to take precautions to guard your personal data after watching M. A. Taylor’s examination of the allegedly unsavory practices by some of the world’s biggest tech companies including Google and Facebook.

What to Avoid: Basic Instinct 2 (2006) – Subtitled “Risk Addiction,” I’m sure I’ve cautioned readers to avoid this one in the past, but it bears repeating as it dropped on Prime on March 1. This uninspired followup to Paul Verhoeven’s exploitive and lurid blockbuster thriller should never have been made.  Sharon Stone returns and does her level best, but the story, which moves the action to London, is tepid, even for what is teased as a sexy thriller.

DC Universe: Doom Patrol – Like “The Umbrella Academy,” which it’s being compared to, “Doom Patrol” is another eclectic story about a manufactured family of dysfunctional superheroes.  This one is way weirder than “Umbrella Academy,” let me warn you. The R-rated tale has four persons with extra-ordinary abilities brought together under one roof by a mysterious rich inventor called Chief (Timothy Dalton).  For example, Brendan Fraser plays a disgraced NASCAR star, who is reborn as a creaky robot and called, of course, Robotman. This irreverent take on comic book material hailing from DC comics is one of the better translations of their universe to date.  It’s fun and strange, which proves to be an intoxicating combination.

Launched last year, it took “Doom Patrol” for me to take a look at the DC Universe streaming service. Given the goofy approach to “Patrol,” I’m all in for “Swamp Thing” that should drop sometime this year on the service.

Mapplethorpe
Directed by award-winning documentary filmmaker Ondi Timoner (see 2009’s “We Live in Public”), “Mapplethorpe” will be in limited release at Landmark Midtown Art cinemas starting on March 15. The story follows the life of controversial photographer Robert Mapplethorpe (played by former Doctor Who star Matt Smith), who rose to fame in the 1970s.

Us
This followup from Jordan Peele, writer/director of the Oscar nominated “Get Out,” is a frightener about a family terrorized by themselves.  Well, from the scary trailers, those tracking and haunting the family appear to be some kind of perverse doppelgängers. I get a science fiction vibe from this one mixed with horror similar to the approach taken by director Drew Goddard in 2011’s “Cabin in the Woods.” Notable cast includes “The Handmaid’s Tale’s” Elisabeth Moss and Oscar-winner Lupita Nyong’o.  I’m very keen to see this one, as “Us” might be the most anticipated smallish film of the month.

Jonathan W. Hickman is an entertainment attorney, filmmaker, college professor, and novelist. More about Jonathan can be found by visiting https://filmproductionlaw.com/.