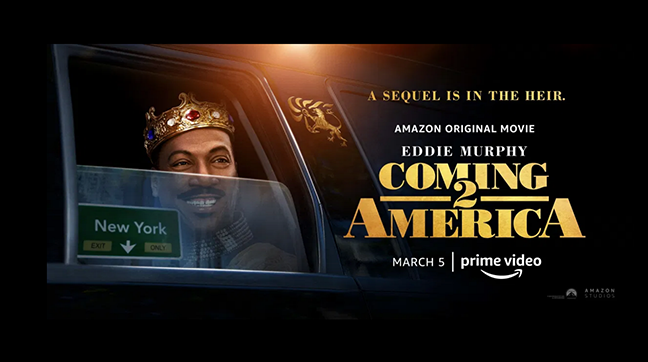 Cherry – (Streaming March 12 on AppleTV+ and is currently in limited theatrical), Fix Rating 5/10:  This is a disappointing adaptation of Nico Walker’s semi-autobiographical novel about an Army medic who descends into drug addiction and crime.

Directed by the Russo Brothers, the team behind Marvel’s biggest films (“Avengers: Endgame” and “Avengers: Infinity War”), “Cherry” fails to capitalize on Walker’s darkly funny take on the life of a heroin addict.  Where the novel was sharp and sardonic, the Russo’s give us sanctimonious drek.

Tom Holland is the unnamed protagonist (“cherry” refers to new arrivals on the battlefield in Iraq and Afghanistan). He’s a smart kid whose resourcefulness is often used to get him his next perfect fix.  The story tracks his progress from high school to college to the field of battle and thereafter.  Along the way, we meet his true love, Emily (Ciara Bravo), and the two spend much of the film searching for heroin.

It’s a shame that the Russos didn’t preserve the book’s episodic structure that mixed in funny and devastating stories of drug addiction and emotional pain. Part of the problem is that none of the supporting characters are developed in meaningful ways.  It’s in the subplots where Walker found humor and biting satire.  There’s no question that the source’s style was influenced by Kurt Vonnegut, Jr.’s often unfilmable writings, something that may have hurt this film’s success.

Yes Day (March 12) –  The trailer for this fantasy might remind viewers of Jim Carrey’s “Yes Man,” but instead of supernatural intervention, the parents in “Yes Day” choose willingly to say the magic word for one entire day.  Jennifer Garner and Edgar Ramírez star as a couple raising three children by using the universal word “no.” After some reflection, they decide to spend a day saying “yes” to their kids.  Of course, nothing could go wrong, right?  This family fantasy comes to us from filmmaker Miguel Arteta, who directed “Alexander and the Terrible, Horrible, No Good, Very Bad Day.

Raya and the Last Dragon (Now streaming) – “Star Wars” alum Kelly Marie Tran headlines this animated search to find the last remaining dragon.  Raya (voice of Tran) goes on a quest in hopes that that dragon can unite the world.  But when she does locate the mythical beast, Sisu (voice of Awkwafina), she ends up with more than she bargained for.

Zack Snyder’s Justice League (theatrical and streaming March 18) – After the disaster of 2017’s “Justice League,” there were calls for the studio to release the “Zack Snyder Cut” of the film.  Only hardcore fans really thought that such a thing was possible. Still, magically, the director, who once had to step away from the project because of a family tragedy, has been given a chance to restore his vision.  And reshoots and millions of dollars later, I’m hopeful for some sort of redemption.

Godzilla vs. Kong (theatrical and streaming March 31): The Monsterverse continues to expand with this next chapter.  A follow-up on 2019’s mixed bag “Godzilla: King of the Monsters,” “Godzilla vs. Kong” looks like a loud, ridiculous monster movie in all the best ways. The two iconic creatures do battle with all the tiny humans caught in the middle. When Godzilla goes rogue, King is enlisted to bring the big lizard down.

Invincible (streaming March 26), Fix Rating 8/10 – Amazon shared the first three episodes of this exciting series with critics.  I was surprised how much fun I had with this often funny and sometimes violent story of a high schooler named Mark (voice of Steven Yeun), whose father is Omni-Man (voice of J.K. Simmons), the world’s most powerful superhero. The show is the brainchild of “The Walking Dead” writer Robert Kirkman.  The all-star voice talent is deep with Walton Goggins, Mark Hamill, Sandra Oh, and Seth Rogen, just to name a few.

Coming 2 America (now streaming) – How can you resist this long-awaited followup to one of Eddie Murphy’s most beloved films, 1988’s “Coming to America?”  Murphy is back as Akeem, the prince who returns to the United States in hopes of building a relationship with a son he didn’t know existed.  The movie is directed by Craig Brewer, who had great success with Murphy in 2019’s “Dolemite Is My Name.”

The Truffle Hunters (Theatrical March 12), Fix Rating 9/10 – One of 2020’s best documentaries, “The Truffle Hunters” takes viewers into the lives of a handful of aged Italian men who are obsessed with finding the perfect truffle.  These hunters are reclusive, and their techniques and secret searching locations are the things of legend.  The film is a touching and funny examination of these devoted experts and their prized dogs who have a nose for the coveted culinary delicacy.

Nobody (theatrical March 26) – Fans will see if everyman Bob Odenkirk (see “Better Call Saul”) can transform into an action hero with “Nobody.”  The story follows a lowkey family man named Hutch, who comes out of his shell when his family is threatened.  There’s more to Hutch than even his family knows, as he is forced to take drastic action to save the ones he loves. This high-concept action picture comes to us from director Ilya Naishuller, the man behind 2015’s first-person shooter film “Hardcore Henry.”

No Wadsworth Concert This Spring