The Film Fix: What’s in Theaters, Streaming in May 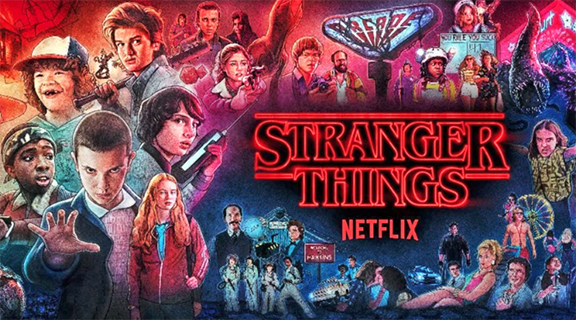 Doctor Strange in the Multiverse of Madness (May 6) – Following the massive success of last year’s “Spider-Man: No Way Home,” Marvel Cinematic Universe fans should line up to see the second outing for Dr. Stephen Strange, the cynical and sarcastic Sorcerer Supreme aka Doctor Strange. Director Sam Rami (see “The Evil Dead”) returns to helm another Marvel property for the first time since 2007’s “Spider-Man 3.”

In 2002, Rami ushered in the modern superhero movie with his landmark “Spider-Man.”  And with “Strange,” he gets to apply his classic horror skills to the story taking viewers further into the multiverse stemming from the casting of a forbidden spell. Popular characters Wanda Maximoff/the Scarlet Witch (Elisabeth Olsen) and sorcerer Wong (Benedict Wong) join Strange (Benedict Cumberbatch) in the adventure. This film is another entry in the MCU Phase Four.

Firestarter (May 13) – Stephen King’s 1980 novel gets another adaptation (it was previously adapted for the big screen in 1984 with Drew Barrymore in the lead). The screenplay comes from writer/director Scott Teems (see the upcoming “The Exorcist” remake and the excellent 2009 film “That Evening Sun”).

Zac Efron plays Andy McGee, the ill-fated father of Charlie (Ryan Kiera Armstrong), the little girl able to start fires with her mind. The two go on the run from shadowy government forces after their hidden telekinetic abilities are revealed. While the novel may be one of King’s lesser books (a kind of broader, more palatable “Carrie”), the nature of the narrative should find an audience in today’s comic book/superhero marketplace.

Top Gun: Maverick (May 27) – Tom Cruise returns to his iconic role of Maverick, the high-flying, arrogant pilot that took part in the military’s Top Gun program. The 1986 film won the Oscar for Best Original Song, “Take My Breath Away,” and was nominated for Best Sound. It was directed by Tony Scott, who died in 2012.

“Maverick” is directed by Joseph Kosinski (who worked with Cruise on 2013’s “Oblivion”). This new “Top Gun” film promises to put viewers into the seats of the planes with cameras that intimately capture authentic pilot action. Like the first movie, the production worked with the US Navy to make the flight scenes as accurate as possible. The youthful cast includes Miles Teller, playing the son of Maverick’s wingman Goose (Anthony Edwards), who was killed in the 1986 movie. The story has Maverick taking over the Top Gun program to train a new generation while battling demons from his past.

Stranger Things (May 27) – The long wait is over. “Stranger Things” returns for its fourth season that continues the strangeness. Picking up following the Battle of Starcourt, we learn that Hopper, the heroic sheriff that appeared to perish in season three, is alive and imprisoned in Russia. Meanwhile, the kids enter high school in the 1980s, but while some of them might have left Hawkins, Indiana, the dangers of the supernatural upside-down world still threaten. Season 4 is presented in two chapters, with chapter two dropping in July.

Moon Knight (Now Streaming with the final episode premiering on May 4) – While “Doctor Strange” rules the month’s box office, the last episode of “Moon Knight” will release in May. This unusual show was a bit of a slow burn, but its off-kilter tone has won over fans. The show has Oscar Isaac playing a dual (possibly more than a dual) role as a man who serves as the avatar for a powerful Egyptian god. As he battles with his mental health, he must find the power to protect the world from possibly evil forces led by former avatar turned cult leader Arthur Harrow (Ethan Hawke).

The Flight Attendant (Season 2) (New Episodes weekly in May) Fix Rating 7/10 – If there ever was a guilty pleasure, it’s “The Flight Attendant.”  In season one, we met goofy alcoholic flight attendant Cassie Bowden (Kaley Cuoco), as she became embroiled in international intrigue after spending the night with a man who was murdered. In season two, the freshly sober Cassie is made a full-blown asset by the CIA and, in her own clumsy way, embarks on a secretive career as a spy. The cast includes Zosia Mamet as Cassie’s resourceful lawyer, Rosie Perez as a fellow flight attendant with secrets, and T.R. Knight as Cassie’s brother. Margaret Cho and Elizabeth Perkins also appear to add to the mystery.

The Essex Serpent (May 13) Fix Rating 8/10 – May could be Brit month as the latest “Downton Abbey” film will help reinvigorate the theatrical box office bringing in the older vaccinated crowd. Skewing slightly younger is Apple’s England set limited series “The Essex Serpent.”  Adapted by Anna Symon (see “Mrs. Wilson”) from the novel by Sarah Perry, this series is a spooky combination of drama and supernatural creepiness.

The story follows a London widow named Cora Seaborne (Claire Danes) who moves to Essex to investigate the possible presence of a mythical sea serpent. As the title creature terrorizes the community, Cora forms a strained romance with a pastor played by Tom Hiddleston. Talented director Clio Barnard (see “The Arbor”) is at the helm in this deliberately paced chiller.

The Big Conn (May 5) Fix Rating: 8/10 – The team behind the documentary series “McMillions” explores the crazy story of Kentucky attorney Eric C. Conn, who defrauded the US Government of $550 million through the Social Security disability program. This three-part series is fascinating and revealing of one man’s twisted pursuit of money that may have paradoxically helped his community until the scheme came crashing down.

Night Sky (May 20) – This eight-episode science fiction drama features JK Simmons and Sissy Spacek as a married couple who have been hiding a chamber beneath their barn that leads to a deserted planet. The trailer teases a tender love story between the two older leads. Still, it also includes the promise of action and adventure as the couple struggles to conceal their treasure while maintaining a sense of normality as they age. “Night Sky” marks the writing debut of producer Holden Miller (see “The Nightly Show with Larry Wilmore”). “American Splendor” directors Shari Springer Berman and Robert Pulcini are listed among the directors of this high-concept project.

Corrective Measures (Now Streaming) Fix Rating 6/10 – Bruce Willis stars as a character known as The Lobe in “Corrective Measures.”  I’m confident that the production had no idea that Willis was experiencing aphasia. This cognitive disorder manifests in the difficulty in conveying thoughts through speech or writing; seeing Willis in this film being threatened with a lobotomy pushes the edge of good taste.

Regardless of where to fall on whether the connections to the real world are inappropriate, Willis’s limited appearance in the movie provides it with some legitimate balance. His scenes opposite “Guardians of the Galaxy” star Michael Rooker are fun, as is a lot of the comic book nonsense in this low-budget entry.

Director Sean Patrick O’Reilly leans on his creative animation background with this live-action adaptation of a graphic novel by Grant Chastain. The story is set in the future, where a mysterious “pulse” gives humans superpowers. Of course, some of the recipients of these abilities use them for nefarious purposes. This criminal activity lands them in a maximum-security prison run by the Overseer (Rooker). The facility’s most dangerous inmate is The Lobe, whose brain is so powerful that it threatens the planet.

“Corrective Measures” is a campy and purposely cheesy affair that reminds me of the golden days of Troma Studios when “The Toxic Avenger” and “Class of Nuke’em High” were popular. I wavered whether to give this movie a “no fix” rating, but the second half is entertaining as pandemonium erupts when the prisoners figure out how to turn off the devices that remove their powers. If you know what you’re getting into, you can have a good time watching “Creative Measures.”

The Innocents (May 13) – “The Innocents” is directed by recent Oscar-nominated writer Eskil Vogt (see last year’s transcendent “The Worst Person in the World”). This creepy-looking horror science fiction film has a group of Nordic children discovering that they have strange and powerful supernatural abilities. Of course, their playtime turns into dangerous fun when the adults aren’t looking.

Downton Abbey: A New Era (May 20) – This sequel to the 2019 hit film is another spin-off of the top-rated television series. Downton becomes the set of a movie, and Lady Grantham (Maggie Smith) reveals the mystery of her adventurous past. Many recurring characters return together with fresh faces as the Crawley family enters a new period in history. How can anyone resist another helping of this addictive, enduring series?

The Music: Local & Live in May