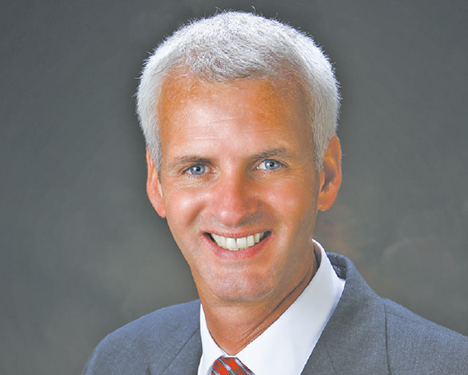 This month, The Paper publishes its Q&A with Chris Stephens.

Briefly describe yourself and what you do.

My name is Chris Stephens and I am a native of Newnan. I was born in the old Newnan Hospital, now the UWG Newnan campus.  I graduated from Newnan HS in ’87 and attended Georgia Tech where I received a bachelor’s degree in Electrical Engineering in 1991. I am currently the President/CEO of Coweta-Fayette EMC, where I have been employed for the past 25 years.  I am married to Lori and we have 2 children, Cole (21) and Kendall (19).

If you want something, go earn it.

I don’t have many regrets in my life, but I would love to have the opportunity to spend more time with my grandparents.  As I get older, I realize the sacrifices their generation made and see how many of those are often take for granted.

3) Killing Patton by Bill O’Reilly, Or any book from that series.

I testified before the US Senate Agriculture Committee on behalf of all the electric cooperatives in the US.

You are hosting a dinner party for six. What five people, living or dead, would you invite and why?

My mother – Barbara Stephens – I would love to have her fried chicken one more time.  She was the best cook and would certainly prepare a wonderful meal for everyone.

My grandfather – Clifford Stephens – He was a tremendous inspiration and helped shape my work ethic.

Ronald Reagan – A true and humble leader that would be great to learn from.

Nikola Tesla – Amazing and brilliant inventor.  As a visionary, I can only imagine what his latest inventions or ideas would be.

Benjamin Franklin – Founding Father and inventor among many other things.  I would love to get his perspective on where we are as a country today.

Name an as yet unfulfilled dream …

To shoot even par in golf.

This is tough since I had dreamed of being an engineer from an early age and can’t imagine a better opportunity than I have today.  If not an engineer, I would probably be in the construction business as a builder or developer.

A River Runs Through It

Your favorite quote and why?

“Courage is not having the strength to go on; it is going on when you don’t have the strength.” Theodore Roosevelt.  Never give up and be persistent if you want to be successful.

What advice would you give your younger self just starting out on their own?

Caregiver of the Month: Patsey Irvin

The Little Things: Life can be nerve-wracking