The Music: Live and Local 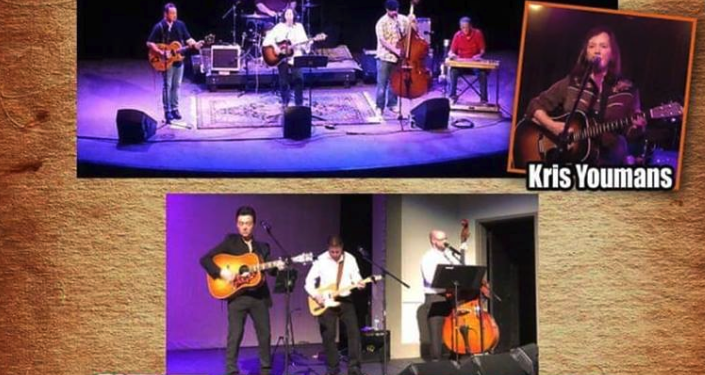 Newnan has evolved into a great area to play music and also to listen to the diverse music genres presented by such a talented community.

There’s a place for everyone & lots of opportunities to grow in the craft of songwriting & performing – such as open mic nights at RPM & Vinylyte Records & Newnan Unplugged. There are venues that rock & quiet listening rooms.

I’m excited to see where the future of music on the Southside is headed – hope to see you out at a show soon! Spring will be here before you know it…

3/15 Open Mic Night!
Get there early to sign up. Bring a couple of songs to perform and we will provide your backup band if needed. All ages welcome!

3/13 … Open Mic, 7-10 p.m.
Looking for an awesome open mic to attend? Head on out to Fat Boys Bar and Grill in Newnan for Open Mic Night every Wednesday, with host Josh Rodgers! Sign ups start at 6 pm, and draft beer is half off.
Talent Scouts present looking to book new talent in the area.

Sunday Funday! Every Sunday from 3-7pm Specials and Live Music

3/14 … Sara Greer, 7-9 p.m.
Drama, Drama Album Release Party – The anticipated new album “Drama, Drama” by Ryan Burton Music Group & artist Sara Greer will be out soon and they are celebrating with a release party! RSVP to let them know you will be there. Sara lives in Newnan, so it’s a HOMETOWN event. All guests will get a copy of Sara’s new CD when they arrive. Sara will also be performing at the event and will be joined by her producer Ross Childress (Collective Soul).

Every Wednesday it’s Open Mic with Blaire Morgan! You’ll hear some great music. Always a lot of fun! Sign up at 7 p.m.

3/13 … All New Music Trivia
3/14 … Acoustic night with Francisco Vidal
The second Thursday of each month- A special night of acoustic music with Francisco Vidal. Fran is such a local talent and the show he puts on is simply amazing. You are willing to hear any type of tunes on this night from this very talented musician.

3/15 … Final Answer Band
The Final Answer Band is a high-energy band out of Peachtree City. The band formed in 2010 when the members met at a world classic Rockers Frederick Brown Amphitheater Show. The band won the 2011 Battle of the Bands and has opened for Bret Michael’s, the Grass Roots, and the Swinging Medallions. The band promises a party on the dance floor with classic rock and roll, Motown 80s, R&B, Blues and Country.

3/16 … The Parker House Band
3/20 … All new music trivia
3/22 … Andrews Brothers Dueling Pianos
3/23 … Hunter Callahan
Hunter Callahan will be back on stage with his full band. Hunter is such a talent, he’s a local singer/songwriter from Fayette County.
3/29 … Good Time Charlie
3/30 … Wild Eyed Dream

Kris Youmans is originally from Savannah, GA where she was part of the River Street music scene early on and is greatly influenced by music of the southern culture. Kris’ interests are focused on local music, organizing music fundraisers, her three grown children, life on Pierce Chapel & Hank the Dog who also has an ear for music!. Contact Kris with questions, comments, suggestions or just to say you like her column [email protected])

The View From The Loft: A Presidential ...