The Music: Local and Live in April 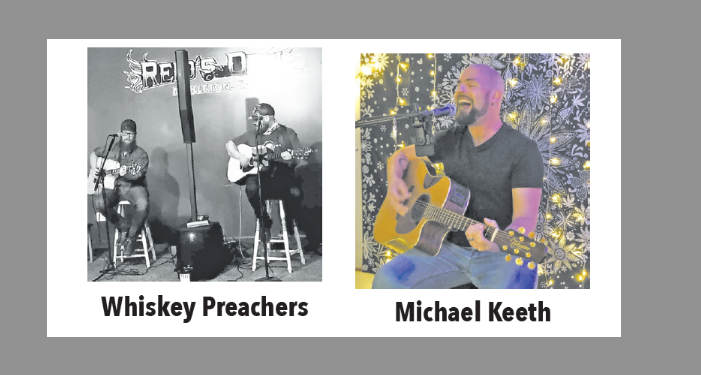 Enthusiastic fans of live music have waited a long time to be a part of an audience. Many of the large concerts are being planned into the latter part of this year and even later into 2022. The good news is Music is starting to come to the surface slowly & surely in local venues with restrictions that we can all abide by for as long as it takes.

Keep your ears open for great music online and in venues where possible. We’ll all be out and about before you know it.

PICKIN’ ON THE SQUARE
Around the Courthouse Square in downtown Newnan

On the 1st Saturday of every month. This event starts around 10 a.m. and goes until 2 p.m. and is for all ages and levels of play. Join in the fun by singing along or bring your acoustic instrument. Lots of networking for musicians going on during the performances.

Eddie Owen presents Songwriters in the Round – Some of our best local songwriters will be joining together for a great songwriters round in a listening room setting. Social distancing followed at the venue. Tickets are still available or you can buy a $5 streaming ticket online at Eddie Owen Presents

Doug has some great musical plans in the works! He’s recording @Bakos Amp Works in Atlanta & looking forward to a release date in late spring/early summer. He’s in the process of mixing and mastering his own projects as well as collaborating with some of his favorite musicians & friends … I’ll keep you updated

Also, check out the album Roots & Boughs (acoustic guitar instrumentals) on his website.

Next show in this area is @ Abide Brewery on 4/16/21 and  check out Daniel’s website for all upcoming events.

His newest album “I Win” was written in the Spring of 2020 during lockdown.

The Associated Press says “I Win is a quarantine accomplishment, craft & care are reflected in the way he packs clever rhymes and wordplay into concise tunes”

HeyDreamer is recording their second album at Real2Reel Studio in Jonesboro. Will Turpin from Collective Soul is producing the album and the band loves every one of these new songs! Big announcement for the band is that they will be playing the Mello Festival in the UK in May this year

Also ‘The Petenixs’ will be playing the Olde Courthouse Tavern in Fayetteville on 4/23/21 at 8 p.m.

JEANINE DUKE …  is well known in Newnan for playing the music we love to sing along to. Jeanine says she loves being with people and music is one of the paths that leads to developing friends & fans. Family is very important to her, and it was her older brother who introduced her to music. He left his Kay guitar with her when he returned to the Navy & Jeanine was mesmerized. James Taylor, Carole King & other folk artists from that era, influenced her songwriting early on.