The View from the Pines: Ask A Dog 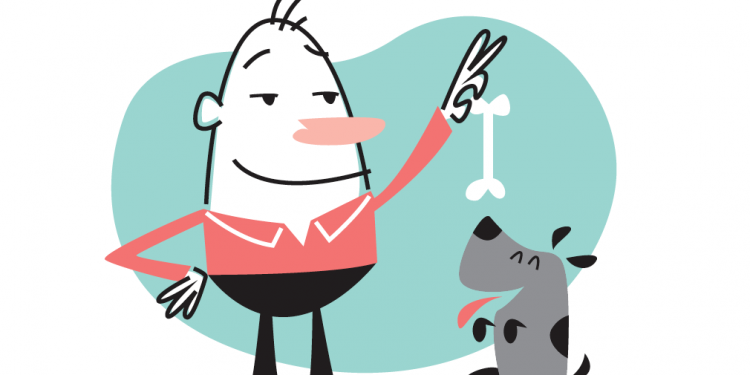 If my dog got to be very good at doing tricks, I could take him downtown to the Square on Market Day and set up a little venue and have him do tricks as folks walked by while enjoying the vendors on the street.  I’ll be you if I put a hat down beside me, some people would even throw me and the dog a buck or two just to show their appreciation for a little entertainment.

If my dog got really, really good at doing tricks and if people started putting substantial amounts of money in my hat, I could take the dog up to the city and set up my little operation in Centennial Park.  I’m sure the passer-bys and tourists, combined with a smattering of kooks, would certainly leave enough money in my hat to at least pay for my gas and cover my $25 parking fee.  I mean, if folks will pay $45 to see a whale shark that just swims around in a circle, surely, they will pay up for a dog that is actually talented and trained.

If I could get my dog a job in a Las Vegas circus, then the sky’s the limit!  There is no telling how much money my dog and I could make.  We could get a suite in the Bellagio, a Louis Vuitton leash and a private jet.  The only problem is that dogs do get old and tired.  At some point the dog is going to slow down and start making more and more mistakes.  That’s why it’s so important to bank as much as I can in the early years of his life so we can both enjoy retirement.

After the dog and I return to Newnan, I bet I can let the dog run for Mayor.  He does have some disadvantages since he is only 11 inches tall and weighs 9 pounds.  He’s very difficult to spot at political rallies and his speeches are hard to understand since they consist of mainly barks and growls.  When the dog loses the election, then I’ll just take the money we made in Vegas and buy a nice house and retire.  Surely the people of Newnan are not stupid enough to vote for a dog.

This little story, which may seem absurd at first glance, does have a point.  This is the reason MLB, NFL and NBA should stick to what they do and stay out of politics.  The pandemic has taught us that there are some people with certain skills that we truly NEED.  Sports stars, movie stars and recording artists (term used lightly) are NOT on the list.  They are only here for our amusement.  Society has always had gladiators and jesters of one kind or another.  There is nothing wrong with that, as long as the performers and the audience don’t lose sight of their true purpose … to amuse us.

And, if I retire with my dog to a very comfortable life, I still OWN him … he just doesn’t realize it!  I guess I agree with the man who said, “If I wanted the opinion of someone who chases a ball, I’d ask my dog.”