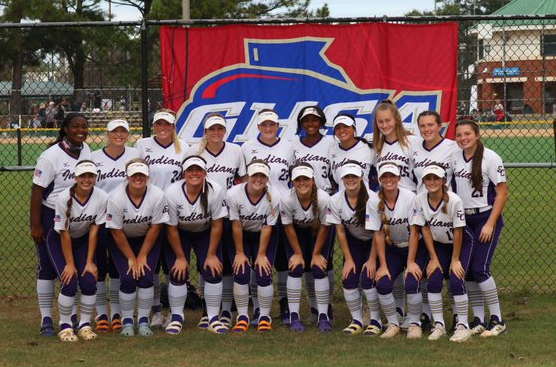 Notes from here, there and the world wide web …

The East Coweta Lady Indians captured their 3rd GHSA Class 7A State Fastpitch Softball title in 4 years with a 2-1 victory over North Gwinnett in Columbus on Saturday. Coach Franklin DeLoach’s squad used a 2-run homer from Kylie Ferguson in the 5th inning to erase a 1-run deficit and bring home the state championship. East Coweta finished the season with a 36-2 record and have won the Class 7A State crown in 2017, 2018 and 2020.

A joint venture has sold Promenade at Newnan Crossing to Capital Square 1031, according to a published report. The venture, PointOne Holdings, Batson-Cook Development Company, and Novare Group, received $65.8 million for the development, which includes a 298-unit apartment community with a mix of rental homes, townhomes and apartments, off Lower Fayetteville Road.

Regal movie chain has shut down all its theaters, including the Regal Georgian in Ashley Park. Citing concerns over COVID-19, the chain did not say when it plans to reopen. Several anticipated big-name movies have pushed back their opening dates to 2021.

The University System of Georgia (USG) recorded a statewide economic impact of $18.5 billion for fiscal year 2019, a 4.5 percent increase from fiscal year 2018. USG also generated 157,770 jobs, according to a published report. Additionally, a Class of 2019 graduate is predicted to earn $888,563 more over the course of their career as a result of their degree from a USG institution. The annual study is conducted on behalf of the Board of Regents by Jeffrey M. Humphreys, Ph.D., director of the Selig Center for Economic Growth in the University of Georgia’s Terry College of Business.

Former Coweta County School Superintendent Blake Bass will have a new middle school named after him. The school is under construction and is located on Shaw Road. Bass was the superintendent from 2004-2011.

Toyota of Newnan recently donated $15,000 to Piedmont Newnan Hospital’s staff support fund. This fund was established through community contributions to provide funding for initiatives that raise employee morale, aid staff in their self-care or help employees as they care for their loved ones at home.

Lions are so awesome that they became “King of the Jungle” without even living there.

Chick-fil-A announced that bottles of its signature sauces will soon be available for purchase at retailers nationwide, with 100% of the royalties Chick-fil-A, Inc. receives from third-party retail sales supporting scholarships for Chick-fil-A restaurant Team Members, according to a published report. Starting mid-November, customers will be able to purchase 16-ounce bottles of the company’s signature Chick-fil-A and Polynesian Sauces at participating retailers, including Publix, Kroger, Walmart and Winn-Dixie stores in Alabama, Florida, Georgia, Louisiana and Mississippi, with a nationwide rollout scheduled for early 2021. Retail sales of the 16-ounce bottled sauces start around $3.49, and customers are encouraged to check with their local retailer on availability.

Coweta Samaritan Clinic announced it raised more than $138,000 from its recent Drive-thru Bluegrass & BBQ event. “Even more exciting, our biggest annual fundraising event turned out to be our most successful Bluegrass & BBQ ever! We topped our previous best year (2015) by over $5,000—this is such good news at a time when access to healthcare is so very important to each of us,” clinic officials said.

Tashyanna Owens was named the 2020-2021 Youth of the Year for Newnan/Coweta Boys & Girls Club. The honor was recently announced by the Boys and Girls Clubs of Metro Atlanta.The prestigious Youth of the Year award is BGCMA’s highest honor, recognizing teens from clubs in the metro Atlanta area who are working hard, investing in themselves, and demonstrating leadership in their schools, communities, Clubs, and career pursuits.

Filing a lawsuit is the adult version of “I’m Telling.”

In partnership with Enviro-Log, KFC will be launching the Herbs and Spices Firelog. The product launched for the holiday season on Monday and is available exclusively through Walmart. According to Fox Business, this is the third consecutive year KFC has decided to sell a fried chicken-scented firelog to celebrate the holiday season.

The City of Newnan hosted a ground-breaking ceremony to mark the start of the construction for the C.J. Smith Park Redevelopment Project. The project, located at 92 Farmer Street,  will include new restrooms, a splash pad, pump track, skate park and bowl, and an adventure playground.

No one ever announces when it’s their first rodeo.

The Newnan Police Department demonstrated a new non-lethal restraint system – the BolaWrap – to members of the Newnan Coweta Public Safety Foundation. The BolaWrap is fired from a device and shoots out two arrow-like darts attached by a string that wrap around a suspect’s legs or arms to keep them immobilized. Each of the devices cost about $1,000 and the NPD was able to get more than a dozen with a grant from the foundation and using seized drug money.

The 2021 Citizen of the Year was canceled due to coronavirus concerns. It will resume in January 2022. “First and foremost of concern was the safety and health of everyone involved.  Additionally, because of social distancing, the venue would only be able to accommodate 50% of the normal capacity.  The committee didn’t think it would be appropriate to limit the number of guests the nominees would want to invite to join them in their honor and recognition.”

The most apologetic people are usually the ones who do the least wrong.

From the Coweta Ferst Foundation: “Our Virtual Bike Ride was a resounding success thanks to our wonderful riders and supporters.  We surpassed last year’s total with the actual ride!  Thank you to all participants and supporters. You can always sponsor free books for a child for a year at any time with a $40 donation if you missed the ride. Thanks for supporting literacy in Coweta!” http://cowetaferst.org

For the first time in 60 years, the Charlie Brown Halloween Special will not be airing on network television. Think COVID has really crossed the line this time.

Jello is not technically boneless.

Coping with stress during uncertain times