AAA: Number of Licensed Teen Drivers on the Rise 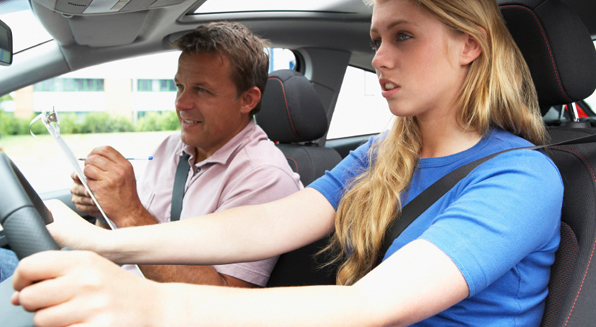 WASHINGTON – More than 60% of teens got their driver’s license before the age of 18, according to new research from the AAA Foundation for Traffic Safety. An 11% increase since 2012.

The new report reveals a changing trend in teen licensure from when the Foundation first evaluated the issue in 2012. At the time, the country was just emerging from a recession and many young people cited their family’s inability to afford the high cost of driving as a reason why they did not obtain their license sooner.

“The trend for teens to acquire their driver’s license has changed over the past 10 years,” said Dr. David Yang, executive director of the AAA Foundation for Traffic Safety. “Many are getting licensed before the age of 18, which means more of Generation Z is learning to drive under the protection of state graduated driver licensing programs and parental supervision.”

• Only half (49.8%) of teens in large cities obtain their license before the age of 18, compared with nearly two-thirds of those in less urbanized areas.

• Past AAA Foundation research found that for every mile driven, new teen drivers ages 16-17 years old are three times as likely as adults to be involved in a deadly crash. All states have in place graduated driver licensing (GDL) systems for teen drivers ages 16 and 17 to help them gradually learn the rules of the road under less risky conditions. The programs require minimum holding periods and practice requirements for teens with learner’s permits, followed by restricted licenses that limit driving at night or with peer passengers.

“The fact that more teens are starting to drive at an age when they can gradually learn the necessary skills to be safe behind the wheel is great news for all drivers,” said Jennifer Ryan, AAA director of state relations. “Past trends of waiting until you turn 18 to be licensed was a cause for concern. Many of these young drivers were getting behind the wheel with minimal knowledge or support, putting themselves and others at risk.”

A previous AAA Foundation study found that drivers first licensed at age 18 are more likely to be involved in a crash resulting in injuries during their first year of solo driving than new drivers licensed at any other age. Nearly 28% of the young adults in the AAA Foundation survey reported waiting until they were 18 or older to get their license.

• They could do everything they needed without driving (52.6%)

• Family members did not have time to help them get their license (20.5%)

“It is imperative that all new drivers practice driving with a skilled coach through a variety of routes and in different weather conditions before heading out on their own,” said Dr. Bill Van Tassel, AAA manager of driver training programs. “Novice drivers shouldn’t let the first time that they drive in the rain or on the freeway be at a time when they’re alone.”

By setting parameters, new drivers can greatly minimize their risk of a crash. AAA recommends that regardless of their age when first learning to drive, new drivers should remember to “R.E.A.D the road”:

• E = Eyes up, brain on: Always scan the road to anticipate dangers ahead. Eliminate distractions and keep your mind focused on the task of driving.

• D = Huge DONUT of space around your vehicle: Keep large amounts of space to the front and sides of your vehicle.

TeenDriving.AAA.com has a variety of tools to help prepare parents and teach new drivers the rules of the road. The online AAA StartSmart program also offers great resources for parents on how to become effective in-car coaches as well as advice on how to manage their teen’s overall driving privileges. Novice drivers preparing for the responsibility of driving alone should enroll in a driver education program that teaches how to avoid driver distraction and other safety skills.

How to talk to kids about Halloween ...