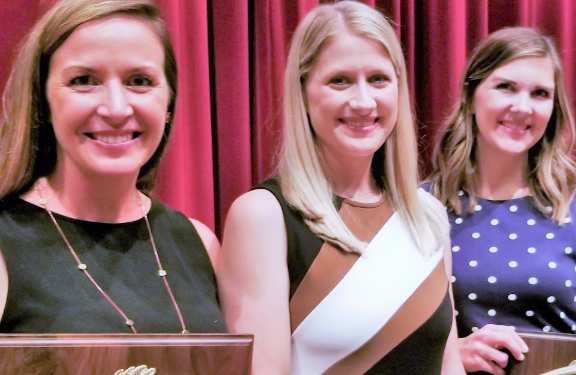 The annual TOTY ceremony was hosted by the Coweta County school board and the Newnan Pilot Club at the Nixon Centre for Performing and Visual Arts.  The annual program honors some of Coweta County’s most accomplished educators, and also featured 2018 Teacher of the Year Josh Tate.  Tate teaches music at Elm Street Elementary School and was the school system’s nominee for state Teacher of the Year, and served as the keynote speaker for Wednesday’s TOTY ceremony.

Ruth Hill’s Nelson began her teaching career in 2007 at Welch Elementary, where she was named as Welch’s Teacher of Year. She moved to Massachusetts in 2010 to become the lead teacher of a self-contained emotional-behavioral program for Southeastern Massachusetts Educational Collaborative. In 2013 she returned to Georgia to teach at Ruth Hill Elementary. Nelson leads Ruth Hill’s Positive Behavior Intervention and Supports (PBIS) team and the school’s Soaring Eagles Girls Running Club.

Nelson “expresses her love and care through maintaining high expectations for herself and others and not wavering from the goal of ensuring that all students experience success,” said Ruth Hill Principal Aaron Corley.  “Ms. Nelson is a wonderful example of the unwavering dedication, passion, and commitment of Coweta’s finest teachers.” 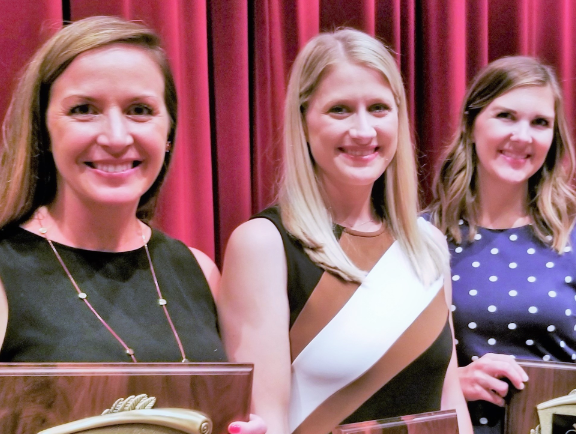 Among those honored at the Coweta County School System’s 2019 Teacher of the Year program Wednesday night were, left to right, 2019 TOTY Ashley Nelson, and finalists Elizabeth Deganian and Lindsey Haralson.

Drug Take Back Day A Success